We have all been anticipating the announcement of Daniel “DC” Cormier (22-1 MMA 12-3 UFC) versus Brock Lesnar (5-3 MMA 4-3 UFC) for the UFC heavyweight title, however, Dana White instantly shut down any rumours surrounding this yesterday during the promotion’s seasonal press conference.

Lesnar recently lost his WWE title at WrestleMania, paving the way nicely for a matchup with DC in the UFC…. well that’s what we all thought. All the pieces were slotting together nicely with us all anxiously awaiting the fight announcement especially when Cormier has stated he is prolonging his retirement after rumors he was hanging up the gloves before his current injury, making us believe this fight is imminent. 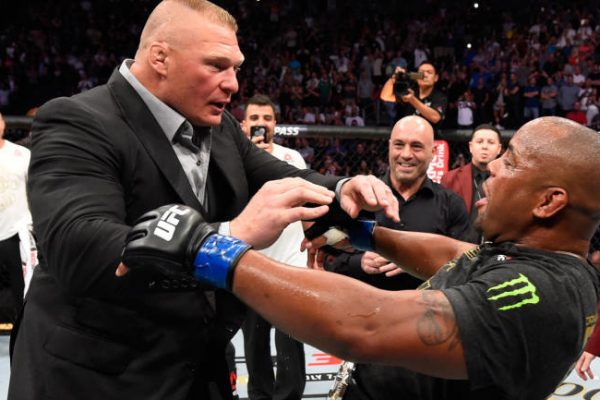 Dana was questioned by the press about the situation with Brock Lesnar to which he replied, “That fight isn’t even in the works, that fight may not even happen. Nothing has happened, we haven’t even spoken to Brock. We dont have a date for him right now and the first fight may be Stipe.”

“We’ve got to wait for Cormier. Cormier went back in the gym, I think two weeks ago, and did a light workout and hes still not healthy so as soon as hes healthy to fight we can make a decision,” replied Dana when questioned on when a date would be set for DC vs Stipe Miocic. 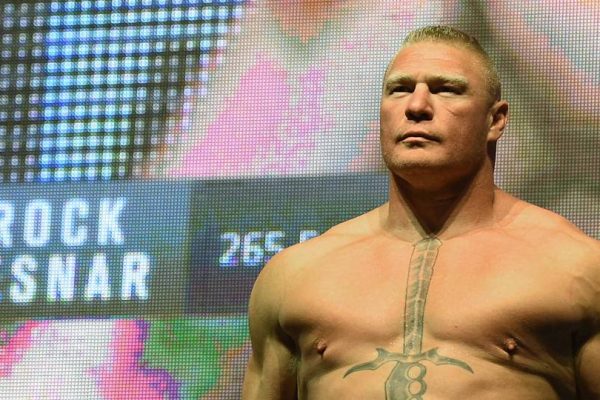 Brock has not entered the octagon since July 16, 2016 at UFC 200 where he defeated veteran Mark Hunt only to have the decision overturned due to the drug Clomiphone being found in his system. Brock had a promising career within the UFC, becoming the heavyweight champion after only three fights in the organzaion, defeating veteran and Hall of Famer Randy “The Natural” Couture. He defended his title successfully on two occasions before suffering defeat at the hands of Cain Velasquez. Brock was forced to take time out after this loss due to a rare and serious illness called Diverticulitis which causes colon and digestive issues.

I personally would love to witness this matchup as I believe DC will face one of his toughest tests to date having to deal with the size and power of Brock but ultimately conditioning may be the winning factor.

The big question we are all asking ourselves now is, “When will Brock Lesnar pick up that phone and call Dana?” 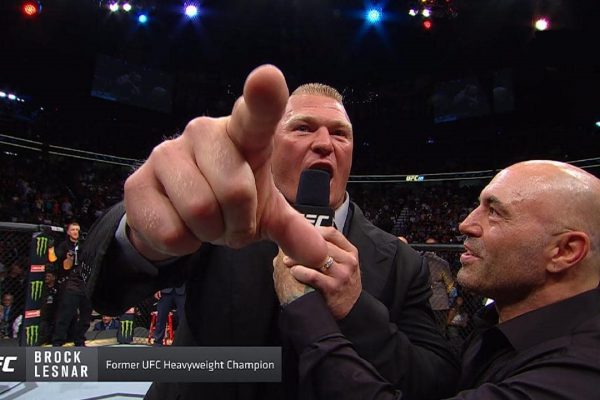