Reigning Victory Fighting Championship heavyweight champion Daniel “Big Kansas” Gallemore will defend the title in his home town as the main event for VFC 57 slated for Friday, May 5 in Topeka, Kansas, and live on UFC FIGHT PASS®.

Gallemore (6-3) will stand across from challenger “Razor” Razak Al-Hassan (12-5) when the two clash inside the VFC cage at the Kansas Expocentre. 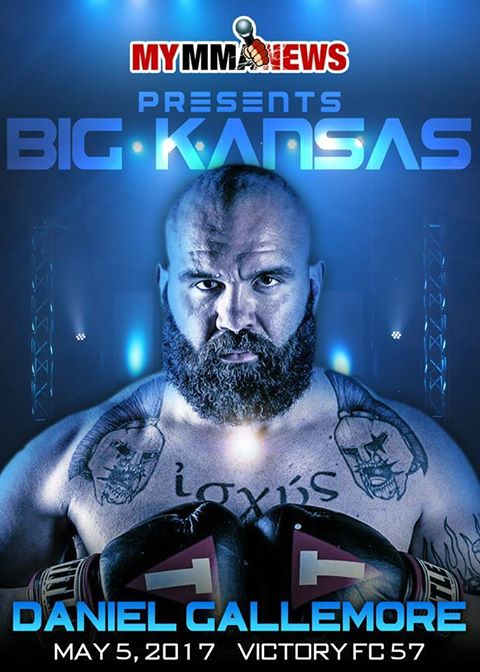 The 31-year-old Gallemore defended his crown for the first time at VFC 55 last December, and the fan favorite didn’t disappoint that night as he scorched challenger Derek Bohi, needing only 1:34 to register the TKO victory. Gallemore is perhaps best-known for the fight that earned him the VFC heavyweight belt as he scored a stunning first-round win over then-champion Abe Wagner at VFC 50 in May of last year.

The MyMMANews.com sponsored athlete Gallemore has racked up five wins via knockout, and four of his victories have come inside the opening round.

Al-Hassan, who is originally from Ames, Iowa, and now fights out of Kansas City, Missouri, is a 10-year veteran and two-time UFC competitor. The 34-year-old started his career with a perfect 7-0 run and then made appearances at UFC Fight Night 16 (Fight for the Troops 1) and UFC 104.

Al-Hassan earned a second-round submission win over Demetrious Richards at VFC 32, and previously fought under the banners of Bellator MMA and the Maximum Fighting Championship. He has three knockouts and eight submission wins to his credit.

The co-main event and other featured matchups for this card will be unveiled shortly.

Victory Fighting Championship launches its 2017 campaign on Friday, April 14 with VFC 56 taking place at the Baxter Arena in Omaha, Nebraska.