Duane Shields knows what is like to be traveling down the wrong path.  He has been to the dark side and survived.  Now he is thriving as he gives back to those who have met the same fate that jeopardized his bright future. Duane has become an alcohol and drug counselor in his full time career. 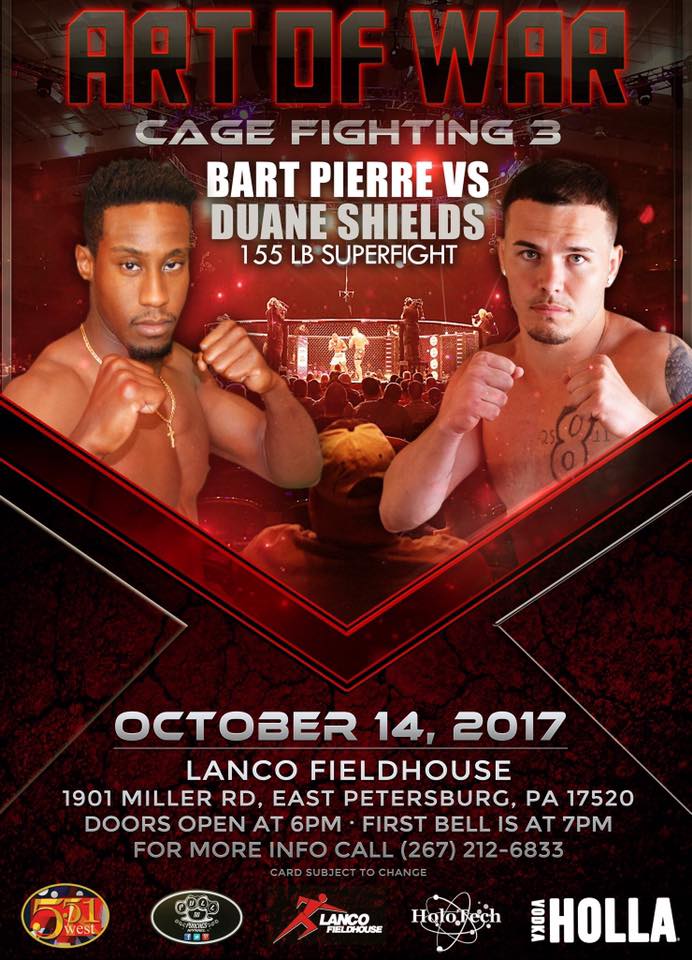 It’s a daily battle on the streets of Philadelphia and Duane brings first-hand experience to his profession.  Helping to save people who sometime don’t want to be saved is a difficult task.  He is doing it very well as he finds comfort through work to take care of his two sons, Ronin and DJ.  They are his inspiration, not just for helping others, but for his MMA training and fighting as well.

Duane is an up and coming 2-0 fighter, and represents his team, Martinez BJJ, with great pride.  They are also like a family to him as he uses his lifelong wrestling background to learn and better himself on the mats and in the cage.  He will step into that cage on October 14 to face Bart Pierre (2-1) at Art of War 3, in East Petersburg, Pennsylvania.

Shields has the boyish good looks and is one of those faces that you would never figure is a fighter.  Don’t let that fool you.  He trains with one of the best teams in the area and they not only help him with the physical part of fighting, but the mental and emotional part of the sport.

“I always feel prepared.  I walk out of my gym and I’m always feeling beat up in a good way.  I’m blessed to be a part of our team.”

His opponent is a very physically gifted, hard-worker as well.  Pierre will come to fight.  He’s another Philly-tough fighter who is always in shape and ready to scrap.  It should be a great match-up.  I will be cage-side for commentary alongside Justin Haskell, and Will Martinez will also be sitting in with us for the pro card.

MyMMANews will have live updates and amazing photos.  Check out Duane’s entire interview below as we talked about the hurricane relief effort/open mat held by Martinez BJJ, his important duties outside the cage and getting ready for his next challenge.

LISTEN TO DUANE SHIELDS BELOW: