Interview with Earl Small above

Earl “Trouble” Small is a very talented welterweight fighter with a 3-0 record but he has taken some time off and has not entered the cage since November of 2018.  He has stayed very busy as the head coach at 302 BJJ in Wilmington Delaware.  Earl is one of those guys who I will see at every possible regional MMA event, or BJJ competition usually cornering, coaching or just supporting.  Mixed martial arts is his passion and he is also a bright student of the sport with a thirst to keep learning and improve himself so that he can pass that knowledge on to his students and training partners.

One of those training partners and very good friends is Joe “Bodybagz” Pyfer.  Pyfer will get his opportunity at a UFC contract as he accepted a fight on Dana White’s The Contender Series. Bodybagz will be in the main event on August 11th where he will face off with Dustin Stoltzfus.  Here is a little breakdown on each fighter.

Dustin Stoltzfus is 12-1 and the #1 ranked fighter out of Pennsylvania according to Tapology.com.  He has fought exclusively in Germany and has 5 different submission wins, 5 decisions, a knockout and a win via DQ.  Dustin has more experience and has gone the distance 5 times.

Joe Pyfer is 7-1 and has 6 finishes along with a lopsided decision win on his resume.  He has only needed to go the distance once.  Pyfer trains out of Balance Studios and has some of the best training partners and coaches in the region. Bodybagz is the 5th ranked fighter out of Pennsylvania according to Tapology.com.

This is a very interesting match-up. MyMMANews reached out to Small to get his take on the fight and he says…

“I have so much I can say about this fight.  I did go back and watch several of Dustin’s fights and he is very aggressive and well rounded.  Of course I know Joe very well on the mats and off. This fight is going to be great for him.  I really think this setting could make for a breakout night for him and no matter what happens he will learn a lot about himself.”

Trouble also brought us up to date on a number of his fight team members who will be making their pro debuts very soon and also tells us that he has the itch and has been training very hard and will be returning to the cage to do battle himself once the regional mixed martial arts are back to business.  MMA fans should be very happy to hear this.

Stay right here for the best combat coverage on the planet from the best staff in the game. 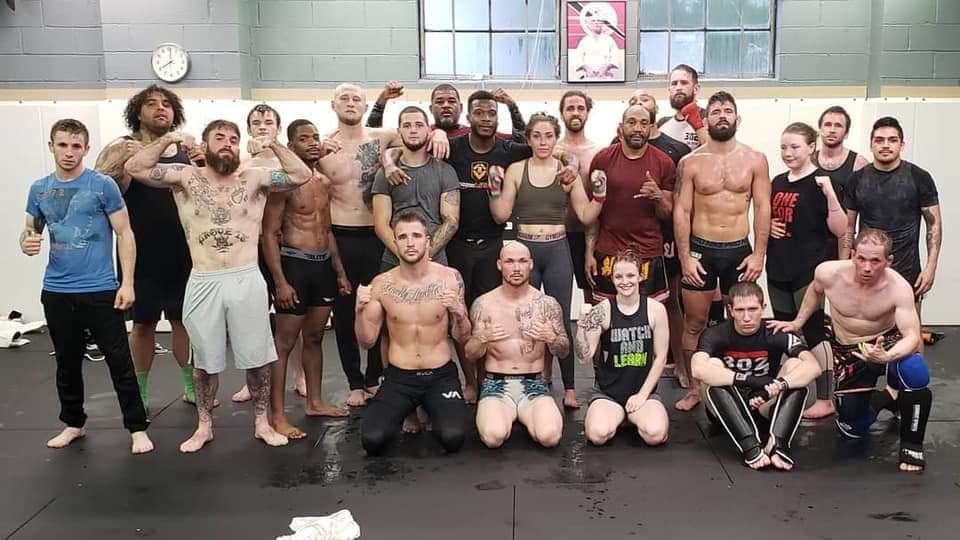