Boxing fans cannot contain their excitement since Canelo Alvarez and Caleb Plant are set to go head-to-head on November 6. The day marks the fight at the MGM Grand in Las Vegas, Nevada, where Saul “Canelo” Alvarez will fight “Sweethands” Caleb Plant for the undisputed super-middleweight ultimatum.

This fight is one of the most anticipated events of the season. It is going to be one of a kind match. Everything is on line for this match, especially because whoever becomes the winner will be crowned as the first undisputed super middleweight world champion.

As you can guess, this will be one of the biggest fights in Canelo Alvarez’s and Caleb Plant’s careers. If you are one of those people who cannot keep their calm till November 6, we hear you! You are certainly not alone! Read on to find out about Caleb Plant vs. Canelo predictions.

As the world prepares for the big fight, many boxing experts have given their odds and predictions. If you are a sports junkie, then you must place a wager on this match! Several Ontario sports betting sites are now open to take bets on one of the epic boxing match of the decade. The two top-billed boxers will have a shot at fame and glory, and as spectators, you will thoroughly enjoy the fight but can also make a handsome sum if you can predict the winner. Are you willing to try?

Malik Scott, famous for being Deontay Wilder’s coach, has predicted the Canelo vs. Plant fight. After an interesting press conference a few weeks ago, Malik Scott said that he believes that the IBF champion, 29-years-old American professional boxer Caleb Plant has greater odds at beating 31-years-old Canelo Alvarez.

Scott further said what he likes about Caleb Plant is that he appears as if he isn’t playing a game; he isn’t playing the opponent game. He is willing to disturb Canelo Alvarez, even if it means he gets hurt or smacked in the process.

However, many have speculated that if Caleb Plant is to beat Canelo Alvarez at the MGM Grand in Las Vegas, he must keep himself stable and the pressure constant in all the 12 rounds. Any minor slip-up may cause a tilt in the odds. 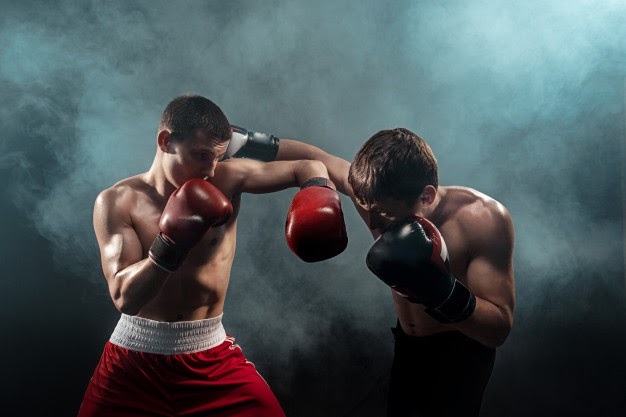 Malik Scott also said that boxers like Canelo could never take their foot off the gas. Especially at his age, he has seen and dealt with many styles of boxing.

Canelo Alvarez has fought some of the greatest boxers, such as Rocky Fielding, Gennady Golovkin, Billy Joe Saunders, Liam Smith, Daniel Jacobs, etc. Irrespective of whether he has won these fights or not, he is aware of the pressure that comes with such high-voltage bouts. That is his best quality as a professional boxer. No one has walked through Canelo Alvarez ever.

American former professional boxer Andre Ward has also predicted along the same lines as Malik Scott. As Caleb Plant is set to defend his IBF super-middleweight title against the Mexican superstar, Andre Ward believes that he has the power to cause enough trouble to beat Alvarez.

Fans tend to pick Canelo Alvarez over Caleb Plant, given his history and everything he has accomplished so far. However, Caleb Plant is stronger than most people think he is. In Andre Ward’s opinion, Caleb Plant has more power than anyone realizes.

Ward has trained with Caleb Plant before his fight with Canelo and will support him no matter what. He said that he would choose Caleb Plant no matter the fight’s outcome, whether it is a win, a lose, or even a draw.

Apparently, Caleb Plant has great odds of going out there and shocking the world with his performance, but he needs to keep his mind on. Andre Ward agrees with Malik Scott and says that Caleb will have to stabilize himself and maintain his pressure and performance throughout the 12 rounds.

Since defeating Jose Uzcátegui in January 2019, Caleb Plant is 4-0, and reportedly confident about beating Canelo Alvarez. Earlier this month, in an interview with Premier Boxing Champions, Caleb Plant said that he will beat Alvarez, and even if he wants a rematch, he will be able to beat him twice.

Many fans have speculated that such aggression can be easily mistaken for overconfidence and may not be seen in Caleb Plant’s favor. In the same interview, Caleb Plant alluded to Alvarez’s previous matches where he lost against Floyd, Lara, and his first fight against GGG. He also said that no one could convince him that Alvarez is unbeatable.

Many factors point to the odds tilting in favor of Caleb Plant. He won the IBF title in January 2019, and since then, has won three consecutive title defenses against Caleb Truax, Mike Lee, and Vincent Feigenbutz.

Alvarez also defeated Callum Smith for the WBA super belt, which won him the vacant WBA strap. Later on, he defended his title against Avni Yildirim and was also victorious with an 8th round stoppage against Billy Joe Saunders, which resulted in him adding the WBO belt to his massive collection.

The Canelo vs. Plant fight is arguable one of the most important match lineups in the brief history of the 168 pound super middleweight division. By default, whoever will be the winner, will be the first professional boxer to earn this coveted distinction. Therefore, all four alphabet bodies are on the line for this exciting match.

Caleb Plant’s aggression knows no bounds since he has also confirmed that he will beat Jermall Charlo and David Benavidez and be crowned as one of the greatest fighters of his area. While Plant seems pretty overconfident, Canelo Alvarez has preferred to stay quiet in this matter.

Canelo Alvarez is likely to prove his worth against Caleb Plant in the ring, a man of few words. Even though the odds point to Plant winning, the match can tilt at any time since Alvarez is just as capable of winning.

By Kyle Carroll 4 days ago

By Mike Pendleton 7 days ago

The Rematch is Official: Oleksandr Usyk vs. Anthony Joshua 2 set for August 20

By Bjorn Morfin 1 week ago