The 26-year-old (who has held world boxing titles with the IBF, WBO and IBO) will be making his MMA debut at EMC 8 on Saturday, December 4, in Düsseldorf, Germany.

Ilbay also has a background in kickboxing and owns multiple national championships in Thai boxing, demonstrating how dangerous and lethal he is on the feet. The German is training out of UFD gym alongside the likes of KSW superstar, Roberto Soldic, and UFC competitor, David Zawada, and is determined to make an immediate impact in his new sport.

The man tasked with welcoming Ilbay to the EMC featherweight division is Adnan Zilic (2-1). He has finished both of his professional wins in MMA and also holds 13 knockout victories of his own in boxing. The pair will be looking to deliver a striking clinic and steal the show next month. 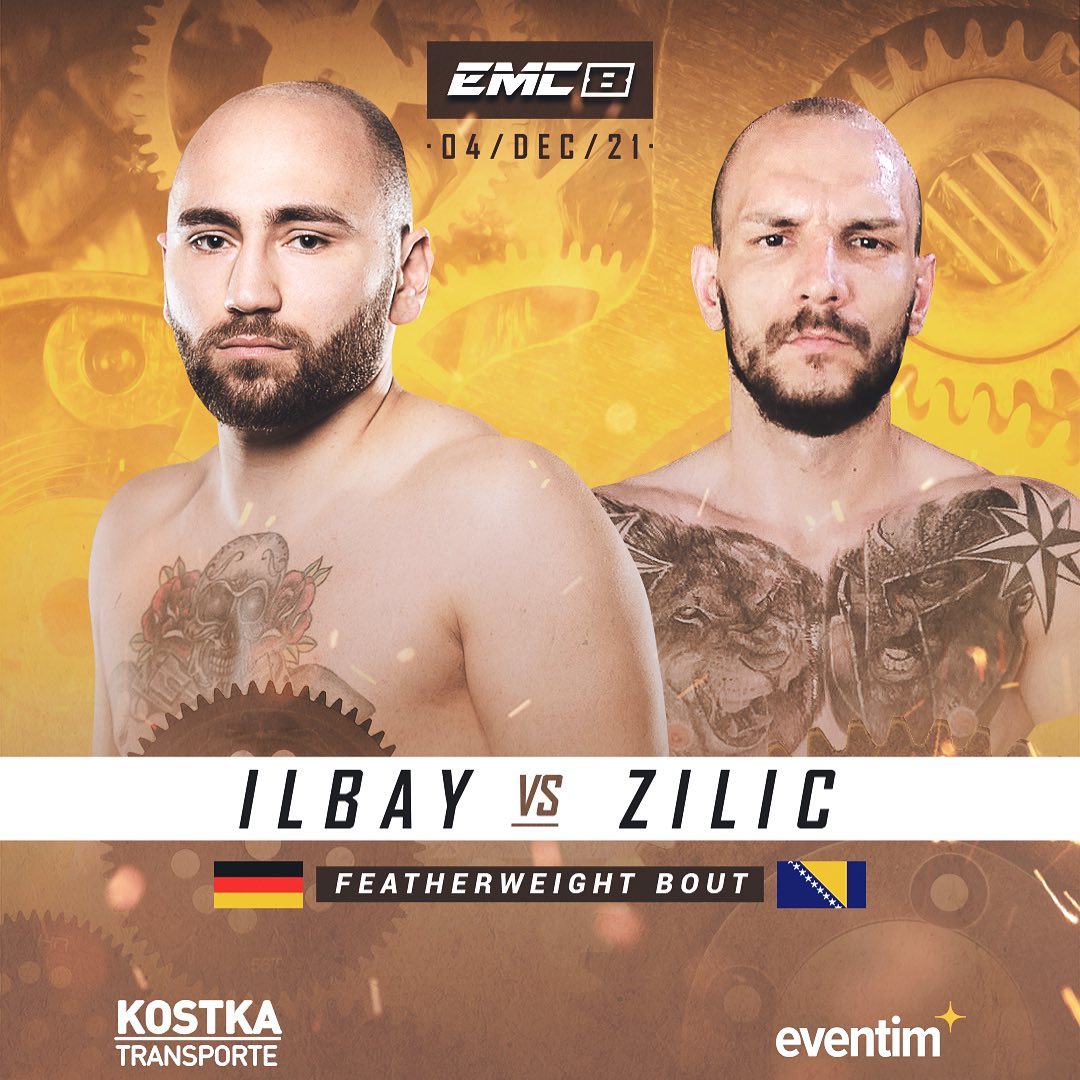 EMC 8 is headlined by Konrad Dyrschka (12-2, 1NC) vs. Tamirlan Dadaev (20-7-1, 1NC) for the inaugural EMC lightweight title and Stipe Brčić (9-2) takes on Nuno Costa (14-2) for the inaugural EMC flyweight championship in the co-main event, where Brčić hopes to become the first double champion in the promotion’s history.

Popular European fighters, Walter Gahadza (18-6) and Djamil Chan (15-9), have also been added to the card in recent days, which is stacking up to be one of the best yet from the organisation.