The latest controversy in the world of Mixed Martial Arts is the regulation of rehydration of fighters post weigh-in.

October 2015 was the beginning of the “IV” ban for the world’s most dominant MMA promotion. With the UFC standards set, other promotions may have to think about their own standards. More importantly, fighters should understand the facts behind the use of IV fluids to rehydrate, before deciding if it is even an issue for them.

The term “IV” stands for “intravenous ” and references the method administration by which fluids are received. This may also be referred to as intravenous fluid therapy (IVF).  When fighters receive an IV, that means that someone (preferably a medical professional) sets and IV catheter in a vein, usually in the arm, and hooks an administration line to the catheter that connects to a bag of fluids. It is often sodium chloride or lactated ringers in one-liter (1000ml) bags. 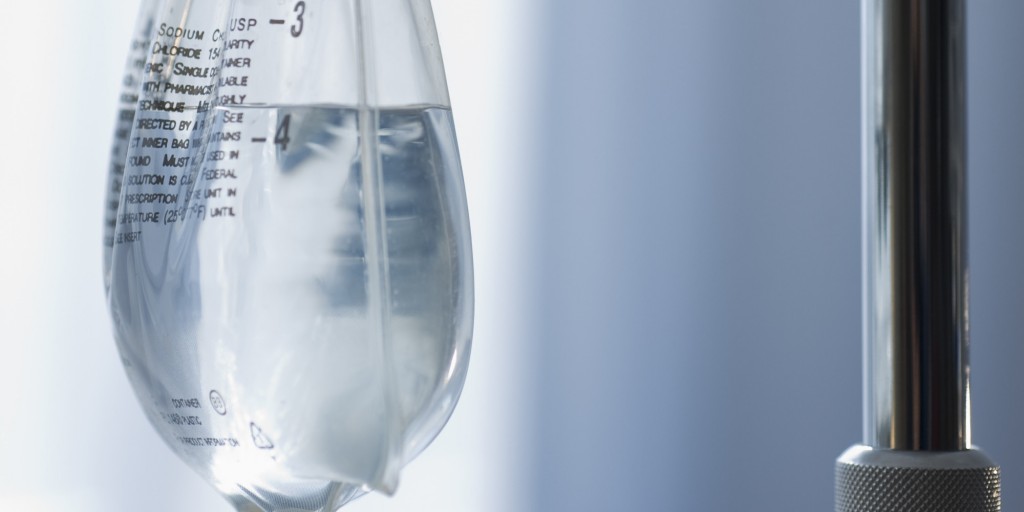 The question is, does it matter at all if rehydration takes place intravenously or orally?

“Most of your competitors in a martial arts event, whether it is MMA, Jiu Jitsu, boxing or wrestling should be healthy, fit, in-shape and the therefore should be able to rehydrate orally without difficulty,” Doctor Jim Scoggin, of The Honolulu Sports Medical Clinic told MyMMANews.com.

Dr. Scoggin is also a Jiu Jitsu brown belt and long-time cageside physician in the State of Hawaii. “The only reason to use an IV would be if they dehydrate to the point of weakness, have low blood pressure or overly high heart rate. Really, only if they truly develop a medical condition as a result of serious dehydration, would a fighter need an IV for rehydration.”

Researchers at the University of Connecticut tested the two methods of hydration, IV and oral rehydration therapy, finding similar outcomes, but a few interesting differences. In both tests those rehydrated orally were less thirsty and felt like they had exerted less energy. Temperatures were also lower for those orally rehydrated in one of the tests.

In the first experiment, researchers compared rehydration methods when rapid fluid replacement is needed, as is often the case during halftime in a football or soccer game.

Subjects were first dehydrated by -4% of their body mass by exercise in the heat before a fluid-replacement protocol was administered:

Immediately following the 20-minute rehydration period, the subjects cycled at 70 percent VO2max (maximum volume of oxygen that an athlete can use) until they exhausted. The ambient room temperature was set at 98.6ºF and the relative humidity was 50%.

In the second study, researchers compared multiple rehydration techniques over a longer rehydration period, a scenario not unlike what happens with multiple daily workouts.

Seventy-five minutes passed before the subjects walked at 50 percent VO2max for 90 minutes with the ambient room temperature set at 98.6ºF.

The statistics indicated that:

A 2005 study done by the American Academy of Pediatrics showed similar reports in children rehydrating after hospitalization due to moderate dehydration. Neither study took into serious account, the combination of the two hydration methods, but result appear to emphasize the importance of oral hydration. 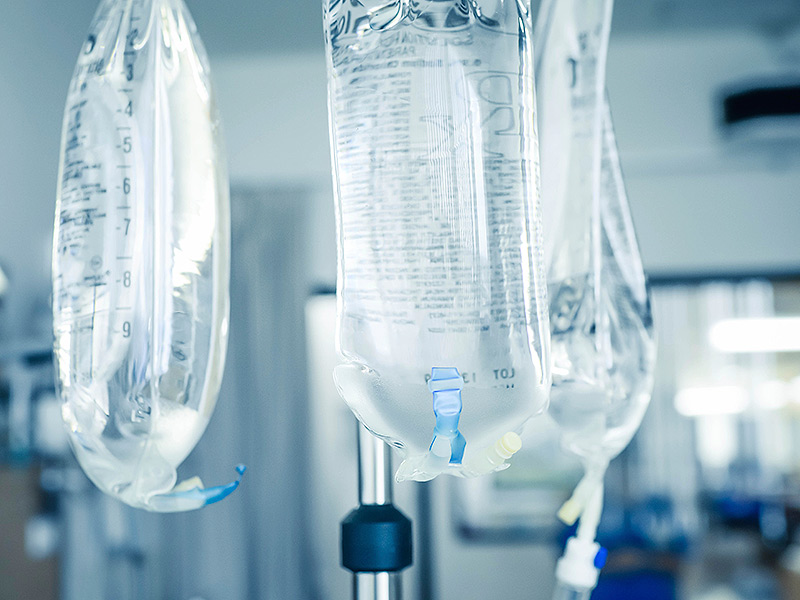 Starting with the facts on weight measurements:

To rehydrate 10 pounds of fluids would take roughly five bags to reach that minimum threshold. Of course, no fighter is going to go without food and water at all post-weigh ins, but for those thinking that one bag of fluids is going to do the trick, some re-thinking may be in order.

“The most important thing is replenishing fluid volume,” said Dr. Scoggin, who also asserts that electrolyte content is also important. Greater sodium is shown to promote fluid retention and stimulate intake. It is common for fighters to use formulated sports rehydration drinks or Pedialyte for this reason.

Aside from the lack of evidence showing a benefit from IV rehydration vs oral hydration, there are a couple other concerns that should be addressed.

“Most weigh-ins are in a restaurant, bar or public place and you are not in a place where it is a safe location to start an IV on someone,” said Dr. Scoggin. “Working as a cage-side physician in the State of Hawaii, a competitor once asked me to start an IV for him in a bar. I refused for a number of reasons. One being the lack or sterility and the possibility of his blood in a food environment, just for starters. Oh, and never cut an IV bag with toenail clippers.” 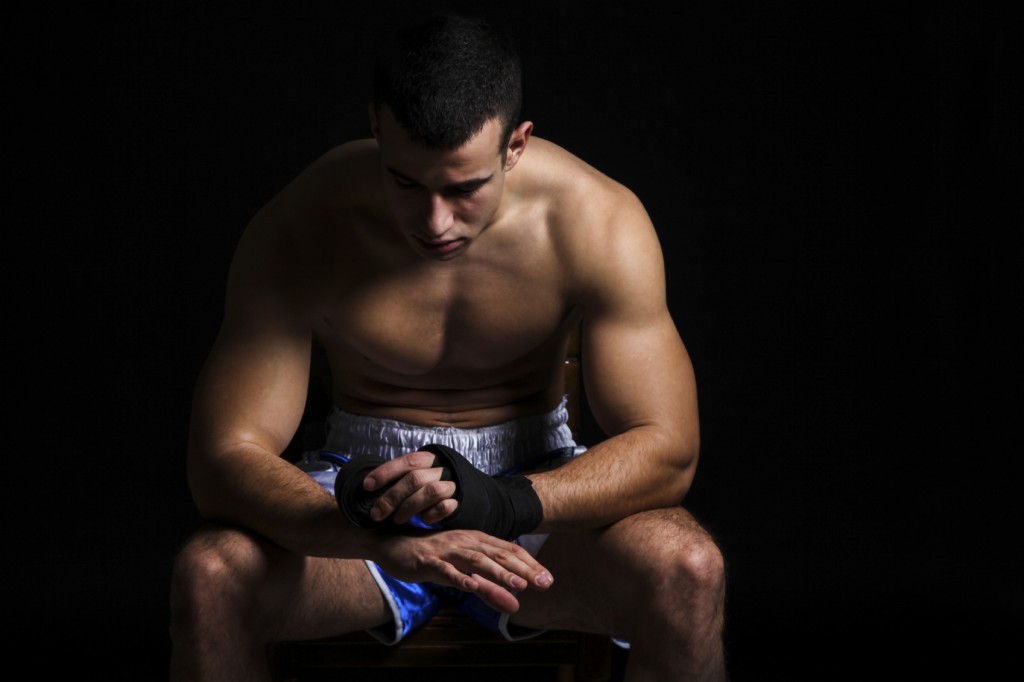 There is something to be said about a fighter feeling like they are hydrated, and for some, the IV fluid administration plays a large part in that. For fighters who have come up the ranks watching their teammates and role models rehydrate using that method, not doing so could put mental pressure on someone who feels they are not properly rehydrate regardless of their actual hydration status. Combat sports are very much a mental game, and confidence in one’s ability to perform is crucial.

“Many fighters want to because it makes them feel better faster,” said Dr. Scoggin. “It is probably both mental and physical. There is no question faster because it goes directly into the bloodstream, but it is not necessary to achieve full rehydration by fight time. A lot just ‘think’ they need it. It is often just the placebo affect. ” 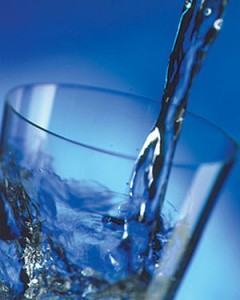 The research, though in-conclusive without taking into account the combination of IV and oral rehydration, appears to lean toward physical and mental advantages of oral rehydration. This is demonstrated by the perceived lessened thirst and exertion as well as the lower temperatures seen in the first study.

The apparent and real dangers of IV administration, which include potential infection (including serious blood-borne infections) and pre-fight bruising are not a threat with oral rehydration.

According to Dr. Scoggin, a healthy athlete should be able to rehydrate orally in a 24 hour period.

This leaves the mental component as arguably the biggest variable as to whether or not IV rehydration is necessary to achieve optimal hydration levels and allow the fighter to compete comfortably.