Paul announced his donation via Twitter on Wednesday, June 30

“SMH… Imagine a rookie in the NBA had to start a GoFundMe to play…,” Paul said. ” I let Sarah @TOOSWEET_Alpar know she has my support and contribution. It’s an honor and privilege to help fellow fighters in anyway I can.”

SMH… Imagine a rookie in the NBA had to start a GoFundMe to play..

I let Sarah @TOOSWEET_Alpar know she has my support and contribution

It’s my honor and privilege to help fellow fighters in anyway I can🙏🏼https://t.co/XvDHOwoN6Q

Along with Paul’s donation, he wrote Alpar a message, stating, “Keep training hard Sarah, sending you positive energy for your camp!!!”

She is slated to return to the octagon against Erin Blanchfield at a UFC Fight Night event in Las Vegas, Nevada on September 18. On the GoFunMe page, “Too Sweet” said she is a fighter, barista, student, wife and mom.

Alpar thanked Paul and the rest of the donors on her page Wednesday.

“Wow. Wow. I am blown away by what is happening right now, and I couldn’t be more grateful. Thank you, everyone, for your support, and Jake Paul for contributing and getting the word out about my fund. You all art helping my dreams a reality. I want to thank each donor personally and respond to several of your social comments. Please be patient as I have training and homework to do too!! I will respond. I am beside myself. Thank you, thank you, thank you. I believe we can reach the 30k goal, and I am here to show up and fight like all of you have shown up for me! Let’s do this!!” 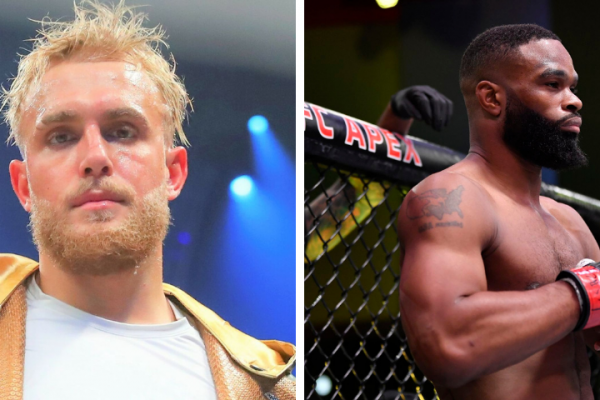