Interview with Johnny Muñoz above

Lenny from MyMMANews and UFC Bantamweight Johnny Muñoz Jr came together to talk about his most recent fight at UFC 265 against Jamey Simmons.

Johnny Munoz beat Jamey Simmons with a second-round submission  to open the preliminary card at UFC 265.

“Being the first fight, it could be a lot of pressure…because first fight of the night you want to set the tone for the rest of the night, I felt like I did that. I do well under pressure, I felt good out there, it felt natural, I just felt at home fighting again in front of the fans.” 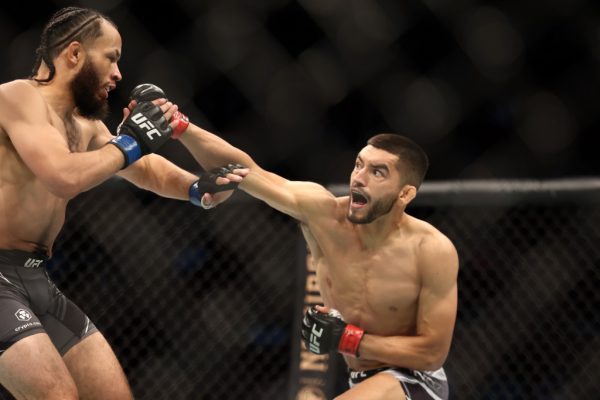 Muñoz (11-1) would earn his first UFC win against Jamey Simmons.

“It feels good, I feel like that’s what I was missing in my career. Having a win in the UFC, makes me think like I’m here now. After my debut I felt out of place a bit, so now I’ve got a win it feels good, but I’m not going to get complacent. There is a lot of guys that get complacent in the UFC, I’m going to prove why I belong here.” 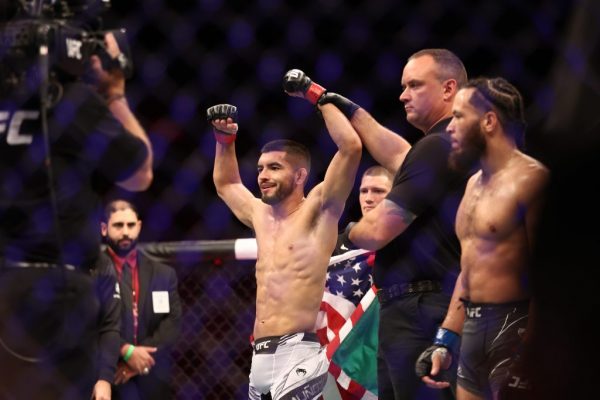 “I’ve had some pretty good performances in my career, I feel like this was my best. This was also the first one on the big stage for me, I showcased a good version of myself, if you compare this fight to my UFC debut, I made a lot of improvements and adjustments, that’s really what I wanted to show.”

Munoz thoughts on the fight:

“I wanted to show the best version of myself, I wanted everything to flow. I didn’t want to other think things, I felt comfortable on the feet. I wish I connected with more shots, but he was backing up most of the time. I didn’t want to impatient because I knew he was trying to counter with an overhand. I figure their game plan was going to be boxing, but I feel like I threw them off with my striking because I was dictating the pace. It worked in my favour, the takedown the weird thing about it was, my body just reacted to it. He over committed and boom I got the takedown; it was all natural.” 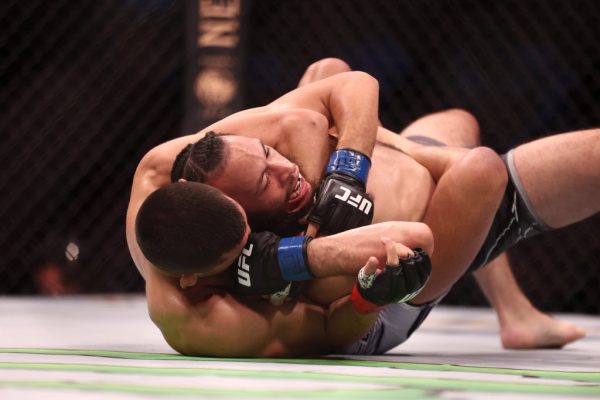 Muñoz fights in the bantamweight division, coincidently in the same division a big rematch for the title will go down at UFC 267, Aljamain Sterling VS. Petr Yan.

“The first fight I felt like Sterling had a good first round, but as the fight was progressing you seen Sterling on the decline and Yan on the rise. I’m curious on how the second fight will play out, has Sterling made any adjustments because I feel like Yan was on the path to victory. This is an important fight for Sterling, there is a lot of pressure heading into this fight now that’s he’s the champ, he needs to go out there and get it done. For the rematch I’m going to with Petr Yan I feel like he’s the meaner guy out of the two.”

Want to watch the full interview? Click the video at the top where we go into more detail.