Julian Erosa will continue his third stint in the UFC against fellow featherweight Seung Woo Choi at UFC’s June 19 event.

The booking was first reported by MyMMANews’ own John Hyun Ko. The event is still without an official venue or location.

Erosa is staying true to his word. He told MyMMANews in February, he planned to fight again in May or June.

Erosa is unbeaten in his most recent stint with the UFC. In his last outing, the 31-year-old knocked out Nate Landwehr with a first-round flying knee at UFC Fight Night 185 in February.

It came eight months after choking out Sean Woodson at UFC on ESPN 12 last June. He handed Woodson his first professional loss and earned a “Performance of the Night” bonus in the process. He is on a three-fight win streak since being cut by the UFC for the second time following three-consecutive losses. 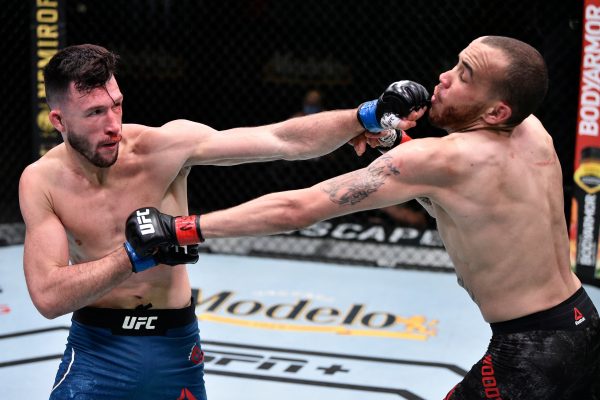 Julian Erosa will be the first bout of a new four-fight contract for Woo Choi. Woo Choi is on a two-fight win streak and most recently defeated Youssef Zalal at UFC Fight Night 184 this past February.

The 28-year-old made quite the turnaround after suffering back-to-back losses to Gavin Tucker and Movsar Evloev in his first two UFC appearances back in 2019.