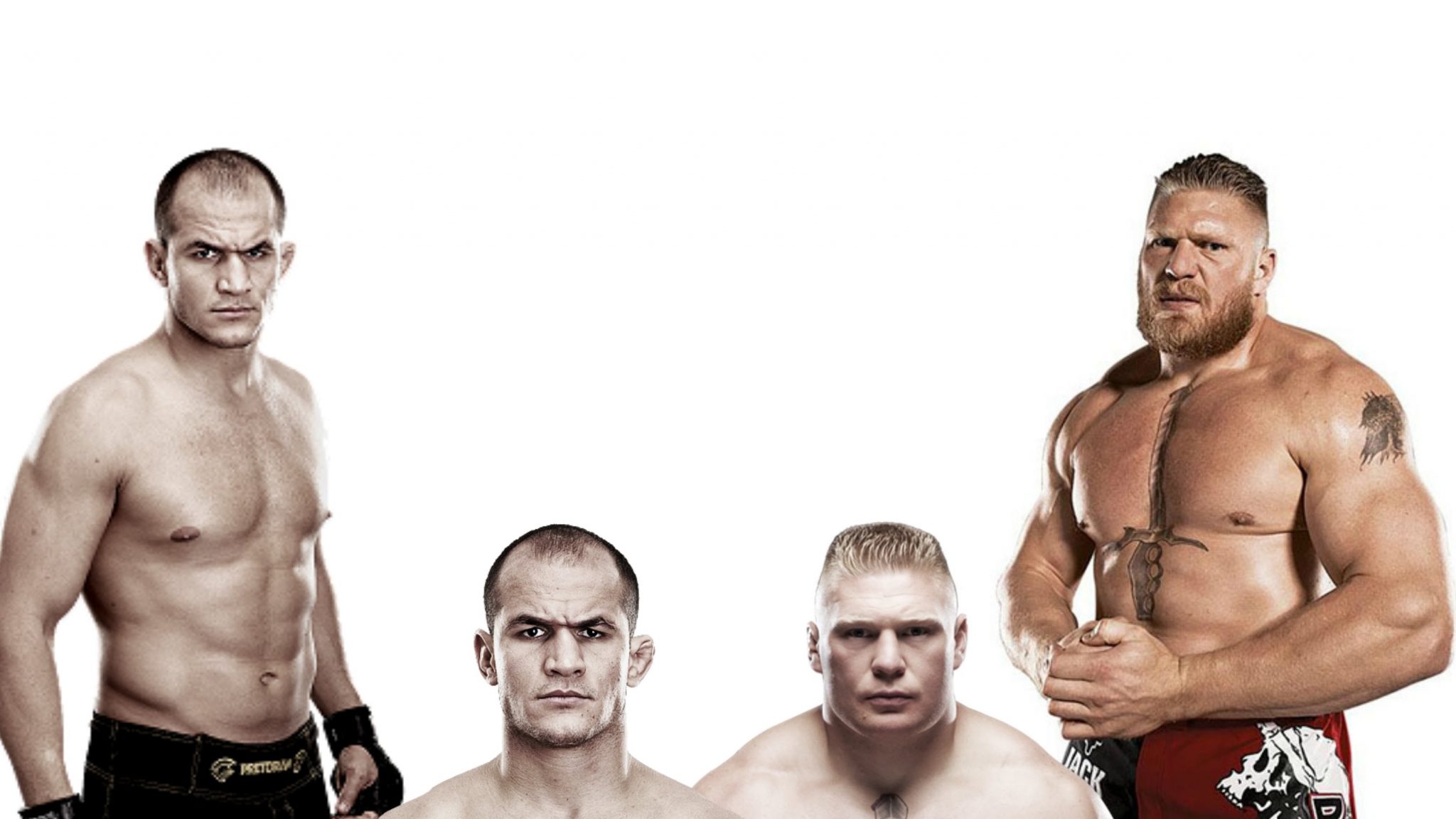 Since Brock Lesnar made his shocking appearance at UFC 226 last Saturday where he marched into the octagon and angrily shoved new UFC Heavyweight Champion Daniel Cormier after his major historic victory against Stipe Miocic, he has had the MMA world abuzz.

Following the ruckus incident between the two former collegiate wrestlers, it was revealed that Lesnar would be the next man up to face Cormier for the UFC Heavyweight Championship upon the timetable of him being able to serve his suspension, and complete the USADA drug testing pool, which he’s recently begun doing.

Upon witnessing the confrontation with Lesnar and Cormier, frustration an hostility arose among fellow UFC fighters, causing them to go so far as to publicly vent their frustrations via their personal Twitter accounts.

One of the fighters who’s been bothered this the most, is former UFC Heavyweight Champion Junior Dos Santos.

In 2011 when Dos Santos was on top of the UFC heavyweight division as world champion, was suppose to face Lesnar, leading up to the fight however, it was revealed Lesnar was suffering from diverticulitis and fight never came to fruition.

Last Wednesday, “Cigano” spoke with the Brazilian media and shared his thoughts about the fiasco that went down this past Saturday at UFC 226 between the two future Heavyweight Championship opponents.

”The return of Brock Lesnar didn’t surprise me,” dos Santos said. “What surprised me was Cormier, a two-division champion living the moment he was living, the most special moment of his career, calling out Brock Lesnar inside the Octagon. I didn’t understand it, actually. I was shocked with the situation, it became theatrical. It was kind of ridiculous.”

Dos Santos continued stating that understood why Cormier decided to call out Lesnar when we saw the UFC 226 post fight presser online.

”I was watching the press conference later and he was explaining that Brock Lesnar is a guy that sells a lot of pay-per-view,” dos Santos said, “So it will be a fight that involves a lot of money for him as well, and he’s getting an easy fight… Not that it’s easy, but it’s an easier fight with a lot to gain financially.”

Dos Santos also pointed out he doesn’t believe it’s right that Lesnar is being gifted a UFC title shot after having no victories in eight years, but also believes  “that doesn’t matter much; if people wanna see it, the UFC has to make it.”

”That’s completely unfair, but we know that rankings don’t work in the UFC,” dos Santos said. “Rankings are based on a weird policy, but it’s not cool to see Brock Lesnar skipping the line especially because he didn’t stop fighting because he chose to, he failed a drug test for something he has always used, you can clearly see it.”

”He was cut by USADA and now he returns like it’s something positive, but it’s not. He adds nothing to the sport. He’s a guy that cheats. The only benefit he brings is that people really like watching him, that big guy.”

“I’ve learned that those who use those types of performance drugs can’t stay without them because they don’t produce testosterone the way they did, they don’t produce HGH they way they should, and many other hormones,” dos Santos said. “To compete at high level, these guys can’t do without it. I don’t know what will be his strategy, but it’s almost certain that he won’t be clean.”

Do believe in Junior Dos Santos statements made about Brock Lesnar?