Marisol Ruelas has been an athlete pretty much her whole life and when she initially turned her sights to martial arts she wanted to be a boxer. A friend, who was a wrestler, convinced her to come with him to an MMA gym for some off-season training to which she reluctantly agreed but soon came to realize she had found her new passion.

At 18-years of age, Ruelas had her first kickboxing match and under the tutelage of Mac Ramos at Team Top Notch went on to become a well-respected fighter in the area.

The Chicago native is currently signed to Combate Americas where she is extremely pleased with the treatment she’s received, stating: “There is no other promotion that has treated me better than Combate. From start to finish they take care of their fighters. I’ve seen and been a part of other promotions and none of them have been even close to them. It means a lot. It makes you feel more confident and appreciative of the promotion. It also makes you want to work hard to be able to keep fighting for them and maintain that respect they have for you as a fighter.”

While the 23-year-old loves to fight, she admits it’s not all sunshine and roses, especially when it comes to how harsh MMA fans can be towards women fighters. Rueles went on to elaborate on some experiences she’s had saying “When I started getting seen by people who didn’t know me all kinds of comments flew at me, some I think are meant as compliments like when people say things like ‘oh you shouldn’t mess up your face’ but other times people are extremely rude. One time someone literally commented that I was unathletic and lazy. Another time someone came at me saying I’m an uneducated ‘wannabe fighter.’ Mind you I have a degree and work as an EMT who is also trying to get into paramedic school.  People only know what they see on social media. I bust my ass to get in that cage.”

Ruelas’ ambition is fueled by the sacrifices her mother made growing up, explaining “ My mom went through hell so I could have food, toys and a home. We were never rich but she always made us feel like we were. She wasn’t able to do what she loves, she wasn’t able to fight for what she wants but I can. A lot of people say I’m too young to know what low is but I can count the days where it could’ve been my last and I know I should’ve been gone. I know it’s because I have a reason and shouldn’t take that for granted.”

When fighting resumes, Marisol Ruelas wants to bounce back from her last fight, which was a hard loss for her mentally. Her next fight she sees going all three rounds and her getting a decision win. In the long term the fighter says she just wants to grow and develop into the best she can be, stating “I do this because I love the sport and it keeps me sane, it keeps me from negative thoughts and I’m happy you know? I want to be able to do this long enough to pass it onto the next generation.” 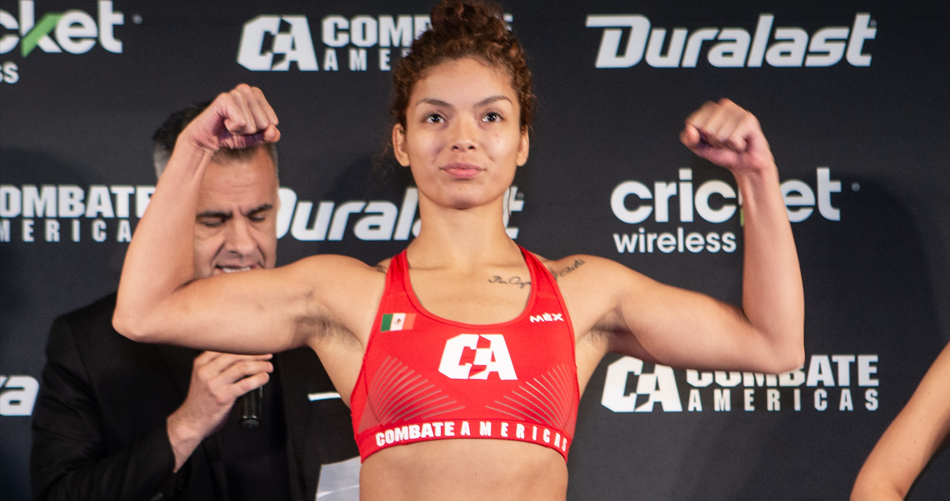 By Adam Crist 23 hours ago