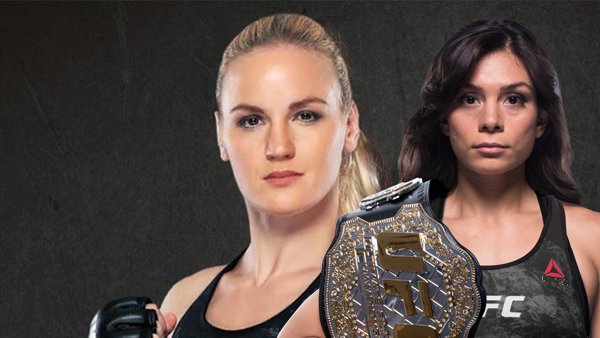 Nicco Montano will finally make her first defense of the UFC’s women’s flyweight title. According to a report from Ariel Helwani of ESPN, Montano will defend her belt at UFC 228 in Dallas when she takes on top contender Valentina Shevchenko on September 8, 2018.

Montano won the inaugural flyweight belt when she went on to win “The Ultimate Fighter” Season 26, as she defeated Roxanne Modaferri by unanimous decision at the TUF 26 Finale last December. During her run on TUF 26, Montano defeated Lauren Murphy, Montana De La Rosa, and Barb Honchak. Those wins led her to the title fight with Modaferri.

Since Montano has won the belt, former bantamweight title challenger Valentina Shevchenko has been relentless in calling out the champion to a fight. Since moving down to flyweight, Shevchenko is 1-0 and has a second-round submission victory over Priscila Cachoeira.

According to Helwani, the UFC is still looking for a main event for the UFC 228 card but the promotion did announce the flyweight title fight as well as four other matchups for the event as well. 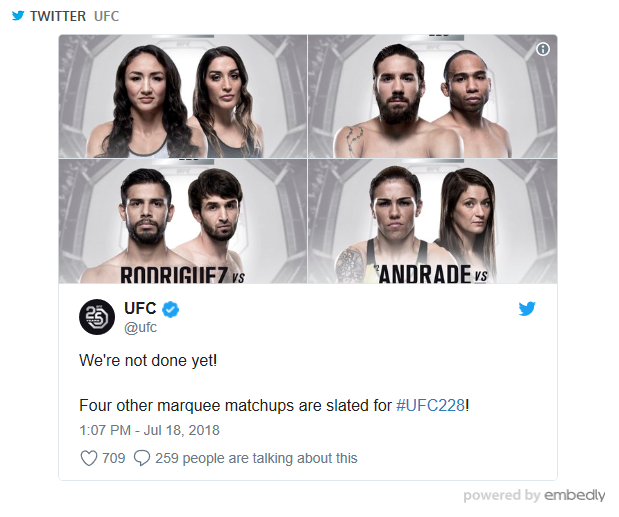 Here are the five matchups currently scheduled for UFC 228:

Nicco Montano vs Valentina Shevchenko for the flyweight title