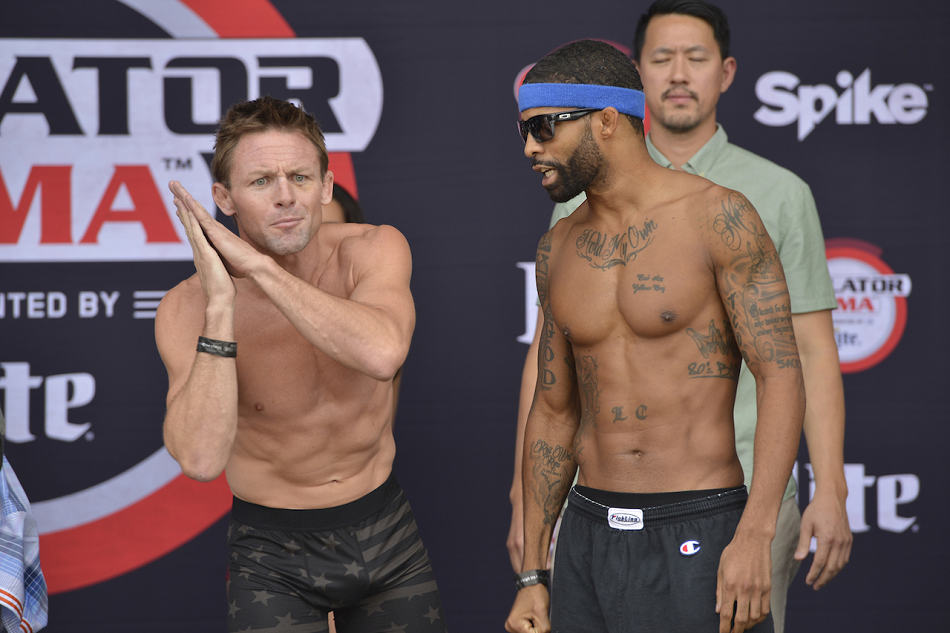 Both men hit their required marks of 135-pounds, as did the remainder of the four-fight main card on Spike, which features a middleweight pairing between Kendall Grove (21-15, 1 NC) and Joey Beltran (16-11, 1 NC), a featherweight contest pitting Henry Corrales (12-1) against Emmanuel Sanchez (10-2), and a heavyweight tilt that with Vinicius Queiroz (7-3) welcoming promotional newcomer Ewerton Teixeira (3-0).

The Spike.com-streamed preliminary card also features several must-see fights, including the promotional debuts of Chase Gormley and Gleristone Santos and what promises to be a barnburner, when Darrion Caldwell and Shawn Bunch meet at 135-pounds. Ryan Couture was supposed to make his return to the Bellator MMA cage, but the fight was scrapped when his opponent Nick Gonzalez missed weight.

Below are the official weights for “Bellator 143: Warren vs. Davis.”