Phil Caracappa will be defending his Ring of Combat bantamweight championship for the second time at ROC 65 on September 21 in Atlantic City’s Tropicana Hotel and Casino Resort.

His opponent will be his most  experienced to date as  he welcomes UFC veteran Louis “Goodnight” Gaudinot to the cage.

Gaudino is coming back from a long layoff from live action, but the Tiger Schulmann MMA fight team member has numerous UFC fighters to train with and plenty of experience at 8-4.

“The Hitman” Caracappa has been on quite an impressive run.  He turned pro about 18-months ago and has not taken his foot off of the gas pedal. Six straight wins and the Ring of Combat 135 lb title are in his back-pocket.  The Hitman now makes his second title defense and has a strong team behind him preparing him for war.  Brian Wright at Killer B Combat Sports Academy keeps his striking sharp and his humility in check.  Dante’ Rivera leads him with his ever improving BJJ and provides emotional push.

I took the trip up to Freehold, N.J. to see the defending champ at Dante’ Rivera BJJ and talk about his camp and the next chapter in his fight career.  Phil is a hard working, grounded mixed martial artist.  Please check him out below.

He has next level talents and is confident in his vision to continue winning.  He told me…

“I’m going to look for the finish.  I really am.  I want to to make a statement and put him back into retirement after two and a half years since he’s fought.  He’s never fought someone like me. I promise you that. He’s fought a bunch of 125 pounders and he’s going to feel it coming up a weight class.”

MyMMANews will be cageside for up to the minute results, pics and and updates at ROC 65 on Friday September 21st in Atlantic City.

We will also have more fighter interviews leading up to the event.

You can watch the event live on FloCombat.com. 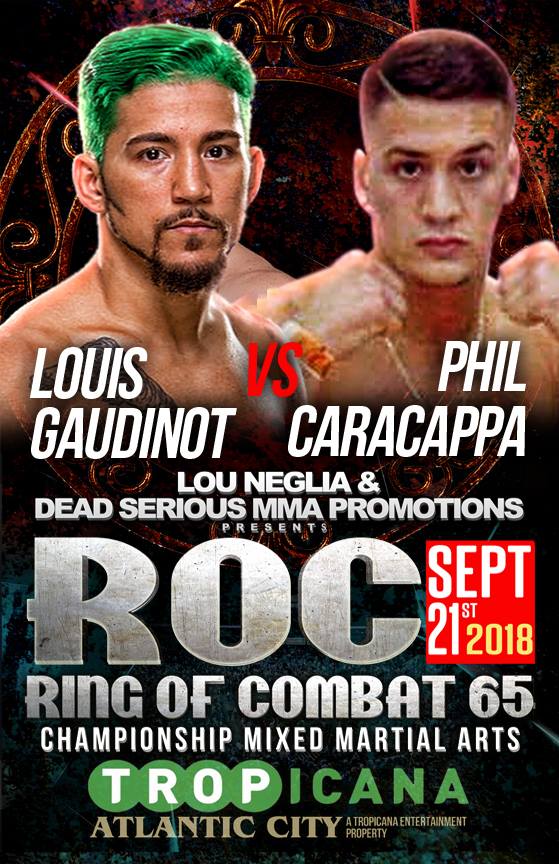