Fans are back at UFC 261 as a sold-out crowd of 15,000 fill the Vystar Veterans Memorial Arena in Jacksonville, Florida on Saturday, April 24. Headlining a main card featuring three championship bouts is a welterweight title rematch between the current king Kamaru Usman and challenger Jorge Masvidal.

In the featured bout of the prelims, we have two well tested middleweight veterans with Randy “Rude Boy” Brown (12-4) battling Alex “Cowboy” Oliveira (22-9-1).

This looks like a very fun fight on paper as both guys like to mix it up and try to put on a show for the fans.  Rude Boy was quoted that he expects “a banger of a fight.” 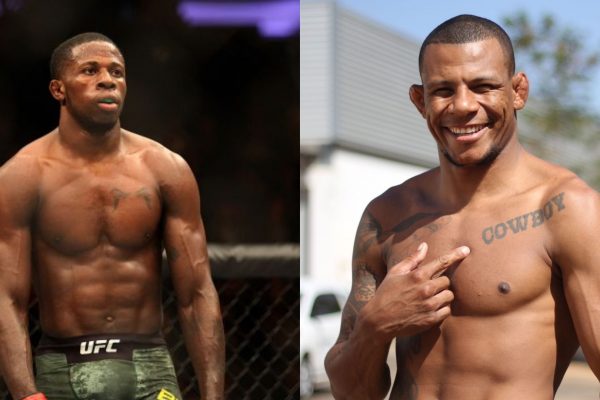 Here is how the featured prelim went down…

Brown is a slight favorite as we head to the opening bell. Brown lands in early calf kick. Oliveira comes back with one of his own. Oliveira is landing with some nice leg kicks but a left hook from Brown makes him step back. Brown lands hellacious right cross and sends Oliveira to the ground and he is on top right now looking to pass guard. Oliveira back to his feet as Brown has one leg in and is looking to get the back and has his neck wrapped. Brown on his back looking for the choke as Oliveira defends. Brown drags him to the ground and has the rear naked choke locked in and this fight is over. It was a very rare submission as it was a one arm rear naked choke as Brown used his opponents shoulder as a brace to secure the choke and tap.
Official scoring…Randy Brown wins at 2:50 of round 1 via tapout due to a rear naked choke

HE ONLY NEEDED ONE ARM 😤 @TouchNgo_