Bellator MMA will head over to Japan just after Christmas and today Bellator CEO Scott Coker went to Twitter to promote the event.

The poster shows the Statue of Liberty looking out into Japan with Mount Fuji off in the distance.

The Bellator Japan event will take on Dec. 29th at Saitama Super Arena in Saitama. Former PRIDE superstars Fedor Emelianenko and Quinton “Rampage” Jackson will square off at heavyweight in the main event.

The card will also feature a rematch between former lightweight champion Michael Chandler and Benson Henderson. The fight will take place at a 160-pound catch weight. In 2016, Chandler beat Henderson via split decision.

Two days after the Bellator card, RIZIN will finish out 2019 with RIZIN 20 taking place at the same venue.

Bellator and RIZIN bantamweight champion Kyoji Horiguchi will defeat his RIZIN championship against Kai Asakura. In August Asakura upset Horiguchi by knocking him out in the first round of their non-title fight. 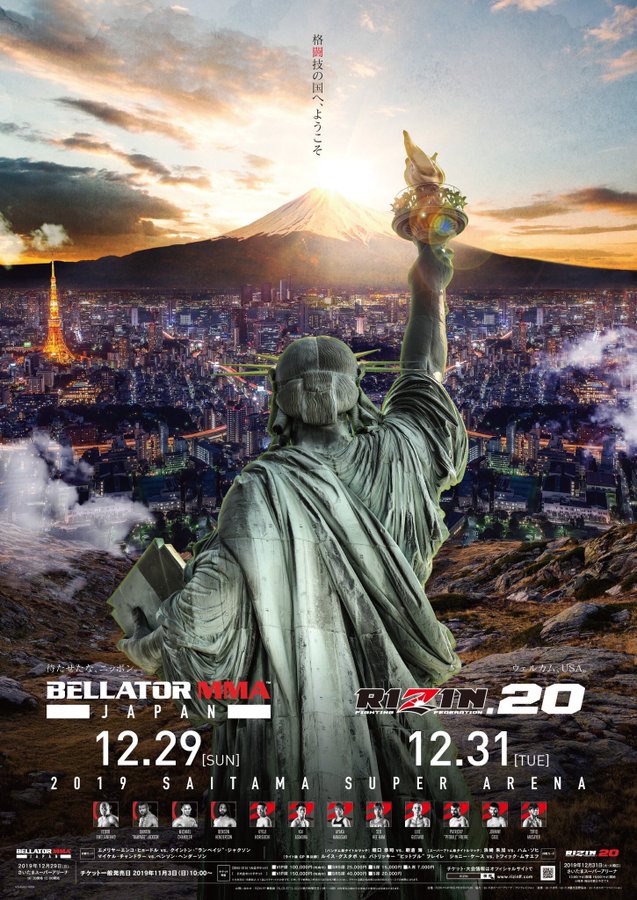 By Lucas Grandsire 14 hours ago

By Lucas Grandsire 19 hours ago