There is a captivating interest when observing a competitor’s journey in combat sports. Their struggle and resilience provide the viewer with an inside look of how one’s dreams and aspirations are chased. A decadelong venture of hits and misses, JT “Grandma’s Boy” Donaldson is on a pursuit of excellence to achieve success in Mixed Martial Arts.

2021 was a year of resurgence for the Bay Area based competitor. Donaldson’s 2021 fight campaign saw him assembling two victories, coming back from a two-year layoff. Donaldson’s first round TKO victory at NWFA: Retribution over Syed Jafair symbolized the birth of a new competitor that poses a dangerous threat to future rivals. The win was a professional and personal motivator.

“That victory meant a lot, “Donaldson revealed to MYMMANEWS. “My mind, body, and spirit made all the connections necessary to execute. I figured out what makes me tick and trusted my capabilities with no expectations other than to do what I needed to do to win. I really was able to hit that killer instinct mode and get the finish. I had plenty of emotion in preparation, but I felt like an emotionless killer throughout the event itself. Capable and dangerous.”

A meaningful victory provides a fighter with the fuel to seek and hunt for more. After all, as the fight game teaches its participants, there is always room for growth and endless opportunities to pursue. Donaldson had a small taste of fighting in a premiere fight organization in 2015. The road has seemingly led him back to a familiar fight stage. Fighting in his hometown, “Grandma’s Boy” is one of many talents who will be featured in the much-anticipated Bellator 277 fight card, emanating live on April 15, from the SAP Center in San Jose, California. Donaldson is excited about his return to Bellator.

“I’m excited to be back on a major show like Bellator,” he said. “I think it makes the quest to get my pro career back on track to a 5-5 record that much sweeter. Within one year, I will have gone from 2-5 to 5-5 with a finish and a big show appearance to cap it off. It feels a little surreal. I have way more understanding of the game. Both in the aspect of fighting and MMA business. I feel like I’m finally coming into my own and turning into who I’ve always needed to be.”

Donaldson’s opponent at Bellator 277 will be 1-0 Larid Anderson. Anderson’s last Bellator appearance in 2018 saw him walk away with an impressive submission victory over Ricky Abdelaziz. Since his Bellator appearance he made small fight appearances at MMA Indy events and JJ Combat Sport tournaments. Making his return to Bellator, Anderson looks to mirror his 2018 success with a victory over Donaldson. Donaldson, however, contests Anderson’s plans, as he foresees a different outcome, favoring him, as he is hell bent on making it come to fruition.

“I have a chip on my shoulder from my last go with Bellator in 2015. Everything I said I was going to do, I’ve done. To get back to an even record and on a big show, especially one where I fell short before, is icing on the cake. It takes all that time I spent suffering and makes it more than worth it. I have 15 minutes to make life fair in my eyes. This opportunity will bring out the best in me. In terms of competition against others, they’re targets and will be knocked down one by one. No disrespect, but I’m not letting anybody stop me from doing what I need to do to get where I feel I belong in the sport and Martial Arts.”

Passion and commitment, the fight one is willing to endure to get to where they want to be. Bellator 277 could mark a pivoting turning point for JT Donaldson.  Will he become a better version of himself? Will he solidify his place in Mixed Martial Arts? All will be revealed on April 15. 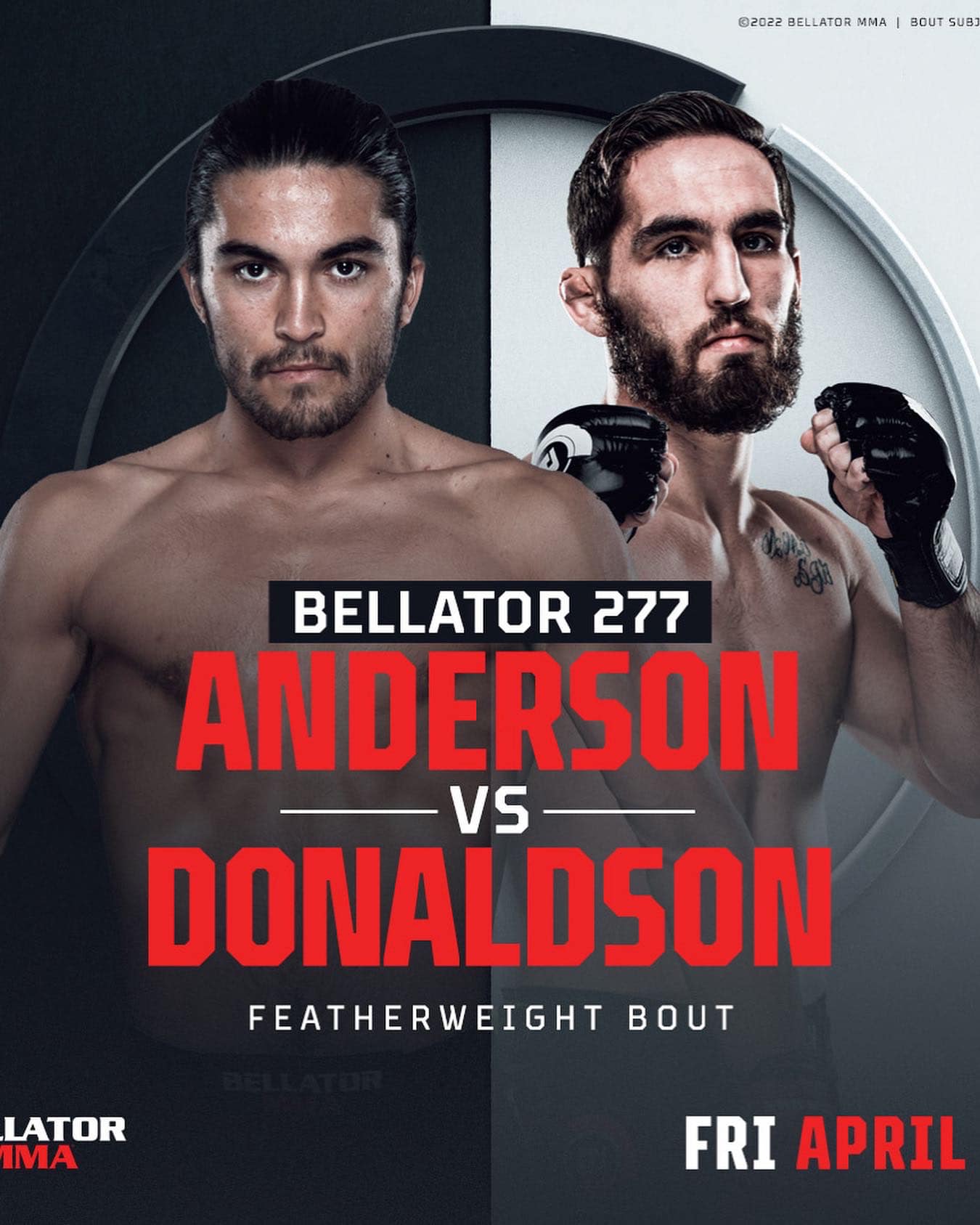