Georges St-Pierre was set to challenge Michael Bisping for his UFC Middleweight Championship on November 4th, 2017 at Madison Square Garden in New York City. UFC 217 was going to be GSP’s first fight in 1,449 days (almost 4 years).

The first round of the title fight was a classic Georges St-Pierre fight. GSP and Bisping were trading jabs, leg kicks, and great counters right from the get-go.. Then it happened. GSP gets his first takedown of the night. To Bisping’s credit, he did get up fast but Georges was all over him finishing the round with his video game style move- the superman punch. 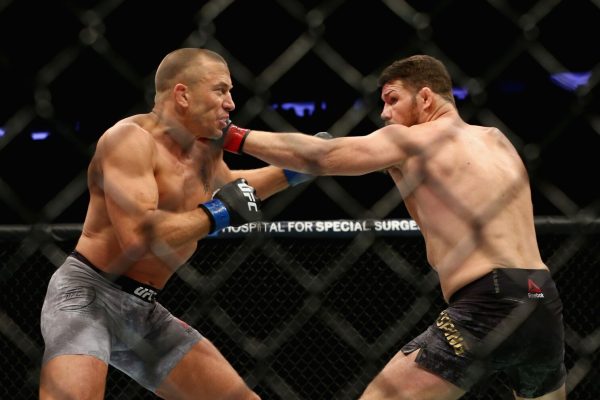 The second round was a little closer of a contest. The two followed each other closely trading blows with the champ landing some of the heavier shots. Georges was leading the dance with his long jab that he has used through ought his career. Georges was starting to look tired whereas Bispings cardio is second to none.

Even commentator Joe Rogan said, “Are we seeing Georges St- Pierre slow down? Michael Bisping can go for days. If you fight this guy you better pack a lunch.”

Then, as he finished his statement, GSP shot in for another big takedown. Bisping again gets right up and finished the round strong pressuring George and landing shots. The second round was close but, the round goes to Bisping.

Georges St- Pierre starts round 3 with a HUGE takedown in the center of the octagon. Bisping was extremely active inside his guard landing elbows from his back that cut GSP. Bisping gets up, and GSP is covered in blood. The two move around the cage trading some short combos at a very slow pace. Then, with just over a minute left GSP lands a counter left square to the face of the champion as commentator Jon Anik screams, “GSP drops Bisping!” Georges gets in Bisping’s guard and starts landing viscous elbows as the champion tries to defend. GSP stands inside the guard and throws the champions legs to the side as he takes his back. GSP sinks in a beautiful rear naked choke and puts the champion to sleep. Georges St-Pierre becomes the NEW UFC Middleweight Champion of the world. 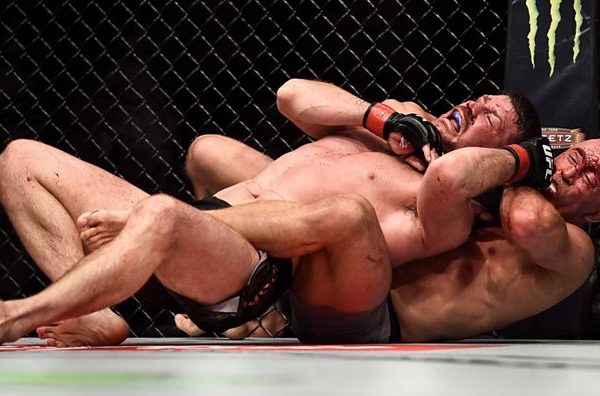 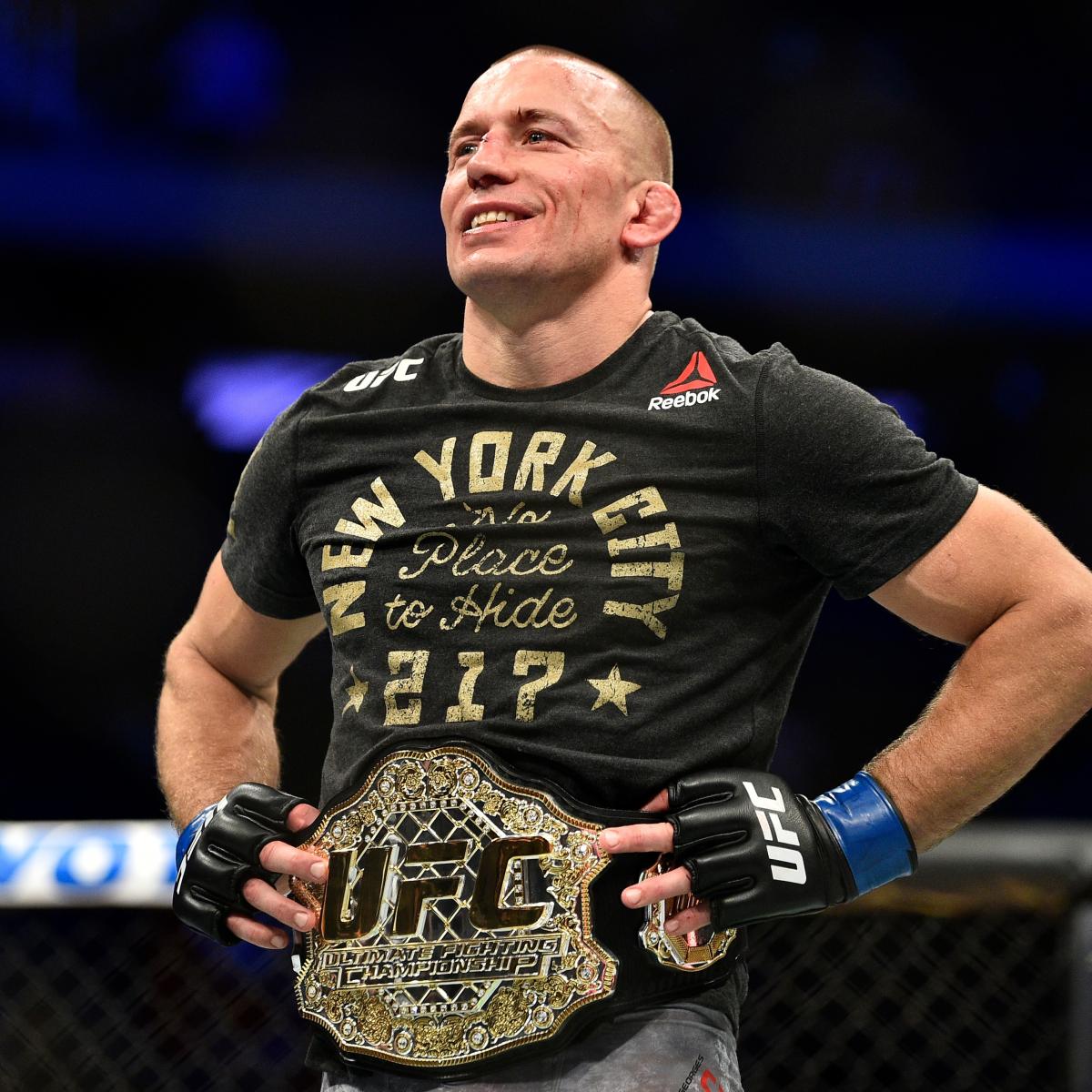 The former Welterweight king now Middleweight champion, Georges St- Pierre decided to relinquish his newly won title just 31 days after defeating M Bisping. GSP stated, “My fight at UFC 217 was one of the greatest nights of my life but I now need to take some time to focus on my health. Out of respect to the athletes of the sport, I don’t want to hold up the division. I will be giving up my belt and once I’m healthy I look forward to working with the UFC to determine what’s next in my career.”

Two years after vacating his Middleweight title, George St- Pierre officially retired. And then, just this past year, GSP was inducted into the UFC Hall of Fame under the modern wing.

Georges St-Pierre is undoubtedly one of the greatest fighters and his final fight against Michael Bisping at UFC 217 cemented his legacy as one of the MMA GOATS. 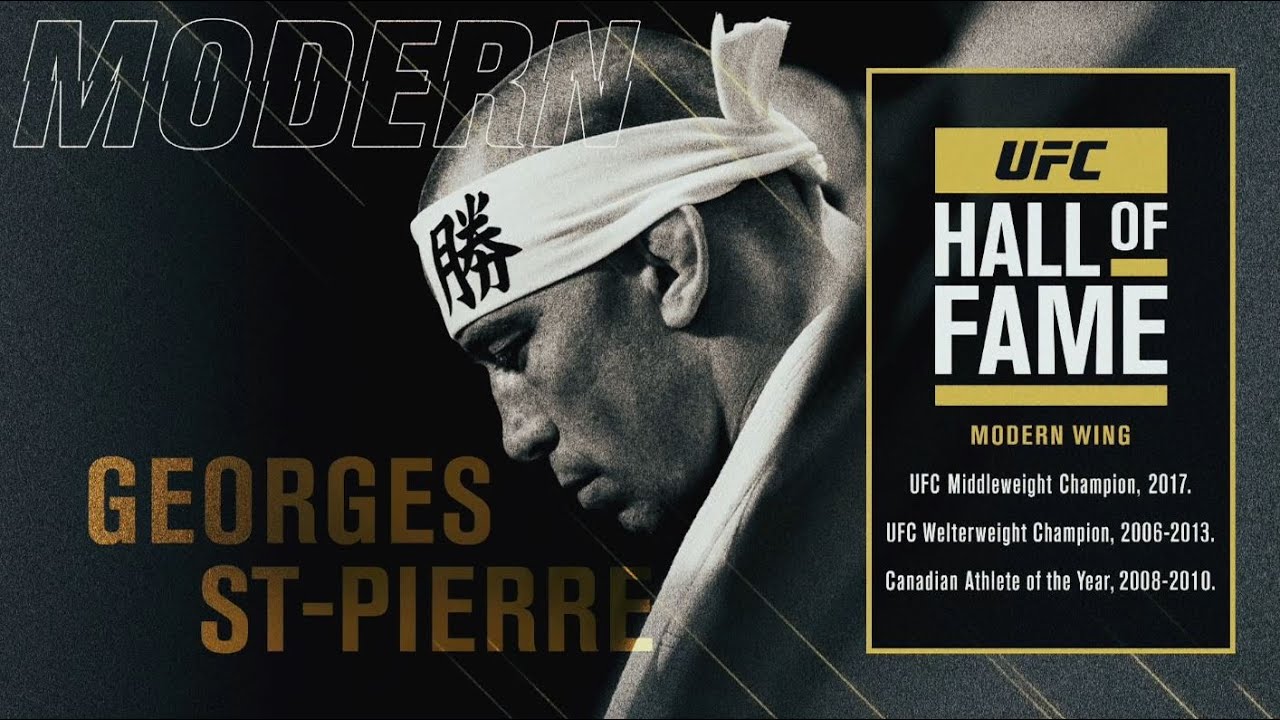