Former UFC light heavyweight champion currently under contract with Bellator MMA, Tito Ortiz has been cited for misdemeanor battery outside of a Las Vegas nightclub early Friday morning, following an alleged dispute with a woman over a cell phone.

TMZ first broke the news, and then Tito’s long time girlfriend Amber Nichole Miller said the news was not true. 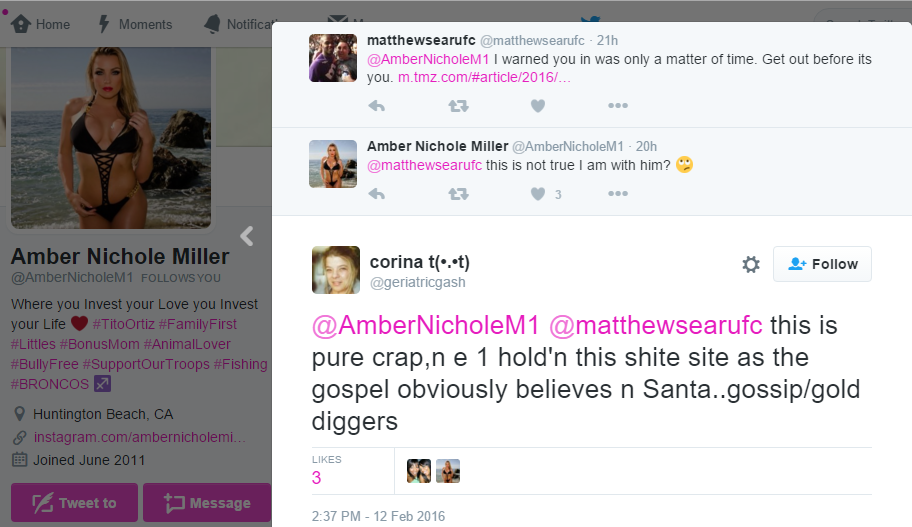 ESPN analyst Brett Okamoto followed up and confirmed the news.

“A spokesperson for the Las Vegas Metropolitan Police Department confirmed the citation to ESPN.com, following an initial report by TMZ.

Under Nevada law, conviction for misdemeanor battery carries a maximum penalty of six months in jail and/or $1,000 fine.

According to public information officer Laura Meltzer, police were summoned to The Cromwell hotel at approximately 1:08 a.m. local time by the victim. Ortiz, 41, allegedly grew physical in an attempt to take her phone.

“The suspect was identified as Jacob Tito Ortiz,” Meltzer said. “He allegedly attempted to take the victim’s cell phone, at which point she called police. The result of the incident was a citation for misdemeanor battery.”

Ortiz was not placed under arrest at the time of the citation. Representatives for the former UFC champion and current Bellator MMA light heavyweight did not immediately respond to requests for comment.”

By Eric Kowal 3 mins ago

By Adam Crist 24 hours ago