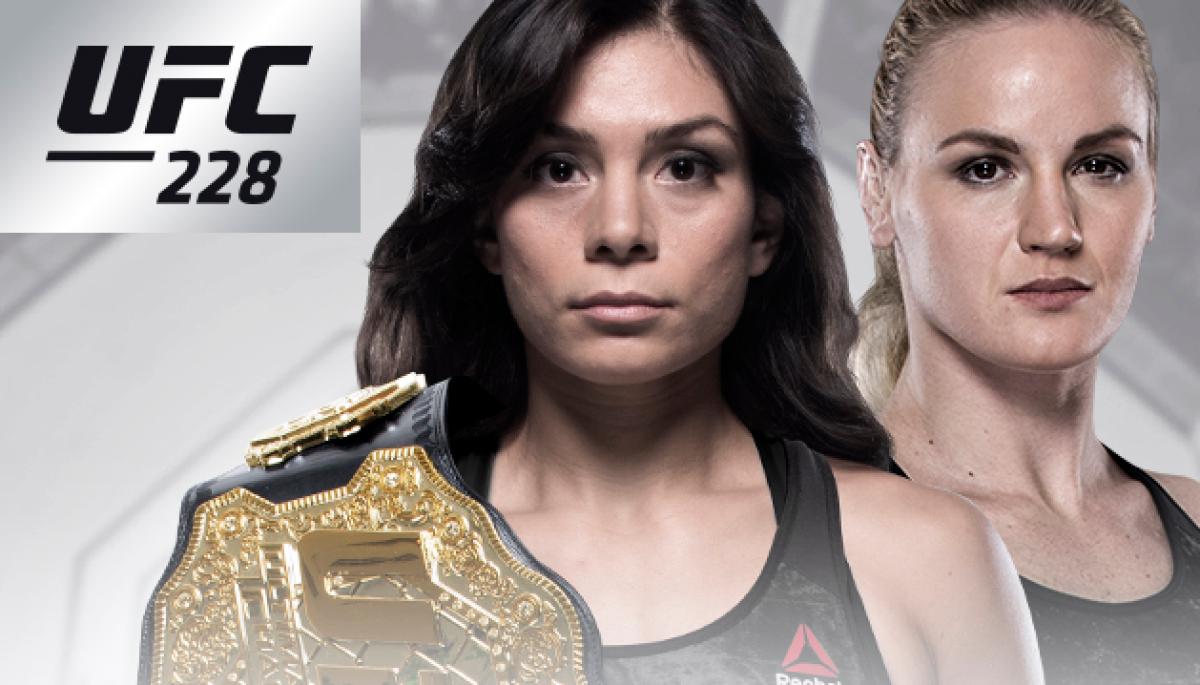 Over the last few hours UFC 228’s card really came together between the UFC and Nolan King’s Twitter accounts. Currently, the Women’s Flyweight division will headline the evening as Nicco Montano looks to silence the Bullet Valentina Shevchenko.

Two other female fights were announced earlier in the strawweight division which will both hold serious implications moving forward. Jessica Andrade looks to solidify herself as the new no. 1 contender while Karolina Kowalkiewicz wants another shot at the title against the champion she has already beaten.

Meanwhile, a wrestler vs. wrestler matchup could see the loser dropping out of the top ten between Carla Esparza and Tatiana Suarez. For Esparza, this fight could be do or die if she ever wants another shot at the belt. She welcomes this fight with Suarez knowing her wrestling background.

On the men’s side, a potential barn-burner between Yair Rodriguez and Zabit Magomedsharipov will showcase the future of the featherweight division. Also a top ten matchup in the bantamweight division will feature Aljermain Sterling and Cody Stamann.

But something is missing.

The Women’s Flyweight is a new and exciting division with the Ultimate Fighter and fighters moving in from other weight classes. But is it enough? Can UFC 228 draw in Dallas, TX with Montano-Shevchenko as the main event?

Certainly not. So let’s break down our options of the 11 remaining weight classes.

Recently, UFC 226 showcased a two-division super fight with Daniel Cormier knocking out Stipe Miocic in the 1st round. The closest thing to a title fight in either of those divisions in the near future is a potential interim title between Alexander Gustafson and Volkan Oezdemir.

We also were slated to see Max “Blessed” Holloway defend his featherweight title against Brian Ortega, but with no update on Holloway’s health, who knows when that belt will be defended? That leaves us with eight weight classes remaining.

UFC 225 gave us a war in the Middleweight division between Yoel Romero and Robert Whitaker. Whitaker came out victorious but both fighters were beyond injured. (We’re down to seven)

Currently, UFC 227 features two title fights in bantamweight and flyweight divisions. Demetrious Johnson looks to extend his own title defense record while also regaining the no. 1 pound-for-pound fighter status against Henry Cejudo. In the main event we get the long awaited rematch between TJ Dillashaw and Cody Garbrandt. (That’s five)

Considering Andrade and Kowalkiewicz should be featured on the main card, that doesn’t really leave any fighters for Rose Namajunas. (Does everyone see where I’m going with this?)

Here are the remaining potential fights.

Now I’m not a gambling man, but if there was a money-in-the-bank call to make, this is it. You heard it here first: give me Tyron Woodley v. Colby Covington as the main event at UFC 228 in Dallas, Texas on Sep. 8.

By Alex Behunin 1 day ago