Newly crowned bantamweight champion Dominick Cruz has found his way into the pound-for-pound listing after not having been ranked for a number of years.

Cruz, never really having lost the belt in a fight has been plagued by injury which cause the UFC to eventually strip him of his title.  Now, after the former WEC and UFC bantamweight champ claimed back what was rightfully his at UFC Boston this weekend, in defeating TJ Dillashaw, finds himself at number nine in the P4P rankings.

There was also a lot of movement this week in both the UFC middleweight and light heavyweight divisions with every one of the 185-pound fighters except former champion Chris Weidman moving up one spot. 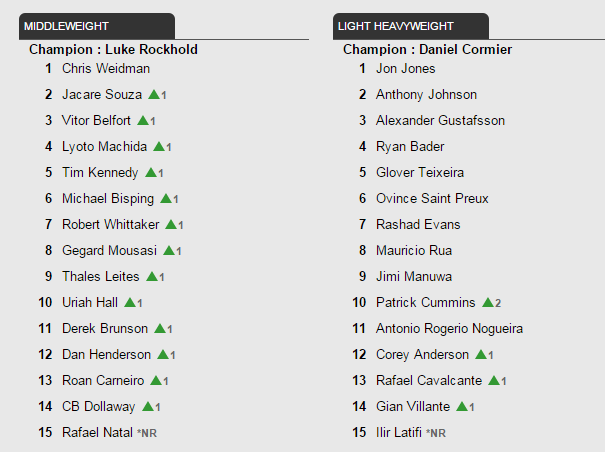 Donald Cerrone and Benson Henderson both dropped a spot as well.  Cerrone’s next bout will be in the welterweight division against Tim Means. 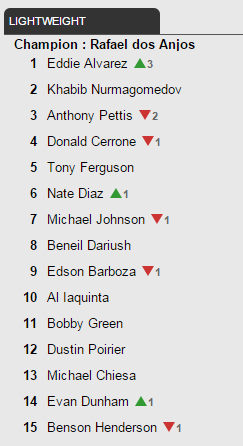