Gary Grant Jr will be hosting USKA: Fighting for our Veterans and First Responders on September 25th at the Luzerne County Fairgrounds in Dallas PA.  Grant has been one of the most valuable and busy men in the combat sports world these days as he provides just about any kind of apparatus needed for your event whether it’s the squared circle of BKFC, a cage, a ring, or anything else imaginable.

USKA Fight Sports though, is his own promotion.  Gary and his team have done a terrific job of putting on exciting kickboxing events in Pennsylvania and Delaware and they are always looking to make a contribution to the community.  Grant has several things planned and will be making a nice donation to help a great cause.

MyMMANews is on hand for post-fight interviews and right here is where you will find the live results. 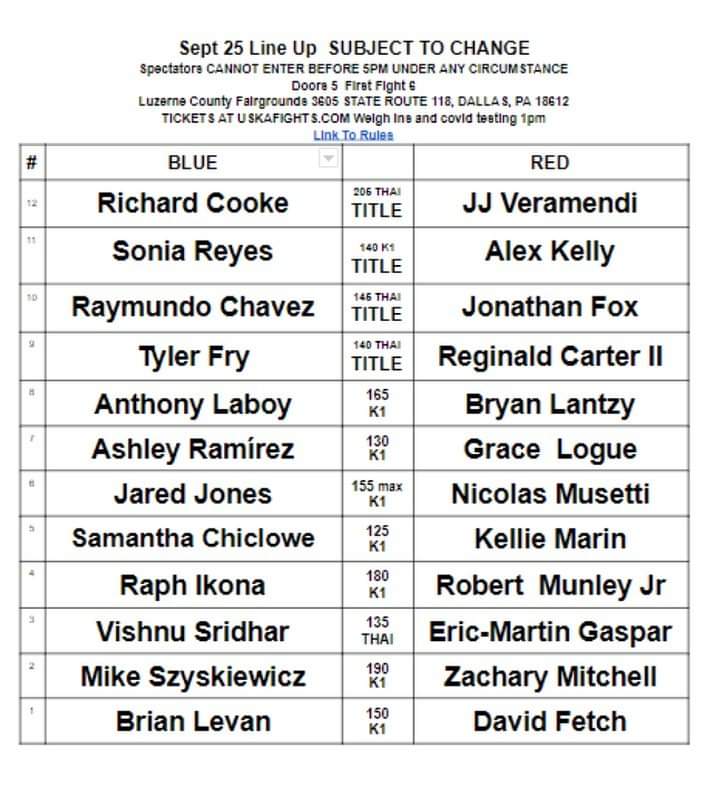 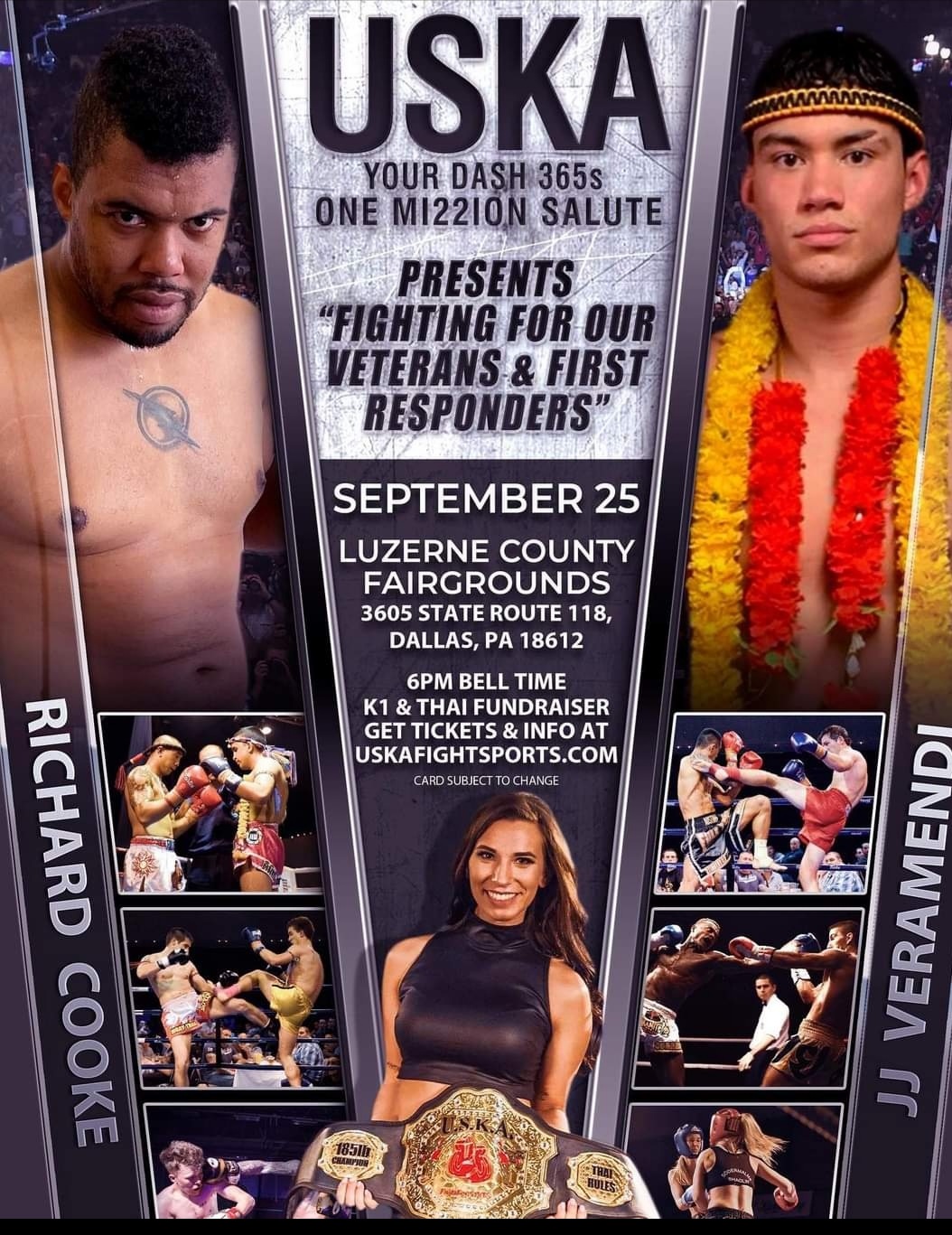 The Pennsylvania Athletic Control Board announced that for amateur events, that only the result will be announced and not the official scoring by rounds.  Here are the results and a brief synopsis of the fight.

A very entertaining back and forth fight between two 16 year olds making their debut.  Both young men did themselves and their team proud. Fetch wins via decision

Mitchell was the aggressor for much of the fight, but Szyskiewicz had his moments with sme nice body work and counter strikes… Mitchell winner via decision

Gaspar had a nice reach advantage and used it wisely and had a beautiful muay-thai clinch for most of the bout while inflicting damage until the referee stopped the fight.  Gaspar winner via TKO Round 2

Ikona was very strong from the opening bell and Munley showed a ton of heart and wouldn’t quit, but in the 2nd round, the ref had seen enough Ikona winner via TKO Round 2

Jones is a very quick southpaw who showed very nice footwork and movement and landed with his hands much of the fight set up by leg kicks.  Musetti is a tough SOB and fought hard through the entire fight showing a big heart.  Jones winner via decision

Ramirez, with UFC fighter and head coach Bill Algeo in her corner, was super impressive scoring two standing 8 counts in the first round due to some nice combinations and Logue’s corner stopped the fight before the bell to start the 2nd round.  Ramirez winner via TKO Round 1

Laboy came out very aggressive and moving forward the whole time.  Lantzy did a great job of surviving the first round barrage and scored on some counters of his ow, but Laboy threw many more and landed much more.   Laboy winner via decision

Tyler Fry v Reginald Carter II  was scratched after Carter had to withdraw due to a medical issue.  USKA hopes to reschedule the title fight for their Dec 11th event in Allentown, PA

This was a tremendous technical battle between two superb athletes.  I thought the fight could have gone either way, but it seemed like Fox had a little bit more in the gas tank in the 3rd round.  Fox winner vis decision

I gave this bout the fight of the night as it looked like non-stop Rock-em-Sock-em Robots from the opening bell.  Awesome display of energy and cardio from both women but Kelly scored more with her legs and had more of the impactful sequences in this battle..Kelly winner via decision

Veramendi looked fabulous dominating round 1 and was in complete control.  Cooke did well to make it into the 2nd round.  Veramendi continued his onslaught into round 2, but after Cooke lost his head gear, Veramendi landed a giant right hand to his face before the referee could step in.  I thought it was a legitimate knockout, but referee Bazooka Joe Stripling saw it differently and ruled the fight a no contest after Cooke could not continue

USKA will be back on December 11th from Allentown, NJ.  Stay right here for pre-fight interviews and any updates.

By Drake Riggs 5 mins ago

By Dylan Bowker 56 mins ago

ONE: Next Gen Virtual Faceoffs and Combatant Quotes

By Brian Jensen 23 hours ago