UFC fans were given an extra holiday treat on Thanksgiving when it was reported that Conor McGregor would return to action against Donald “Cowboy” Cerrone in the UFC 246 main event set for January 18, 2020 in Las Vegas,, Nevada, but now the question remains which version of McGregor will return to the UFC.

For many, it might be difficult to see why McGregor would still have the same drive and passion that led him to become the UFC’s featherweight and lightweight champion, and the same drive that led him to the boxing superfight against Floyd Mayweather which netted him the biggest payday of his fighting career.

After rising to a level of fame and popularity that has been unmatched by other MMA fighters, McGregor lost the “Mystic Mac” side of himself that not only predicted finishes of his opponents, but was simply fighting just to be the best fighter of all-time. After dropping fights to Nate Diaz at UFC 196 and Khabib Nurmagomedov at UFC 229, the once seemingly unstoppable McGregor looks quite vincible, but a fight against Cerrone could be everything he needs to get back to where he once was.

The scheduled fight between McGregor and Cerrone is scheduled to take place in the welterweight division (170 pounds), the same division where McGregor had two of his most memorable career fights against Nate Diaz, going 1-1 in those two fights. The welterweight division is also where the recent ‘BMF‘ title was contested at, and it might be an intriguing prize for McGregor, who went to social media to take aim at the new belt and both fighters who fought for it, Jorge Masvidal and Diaz. 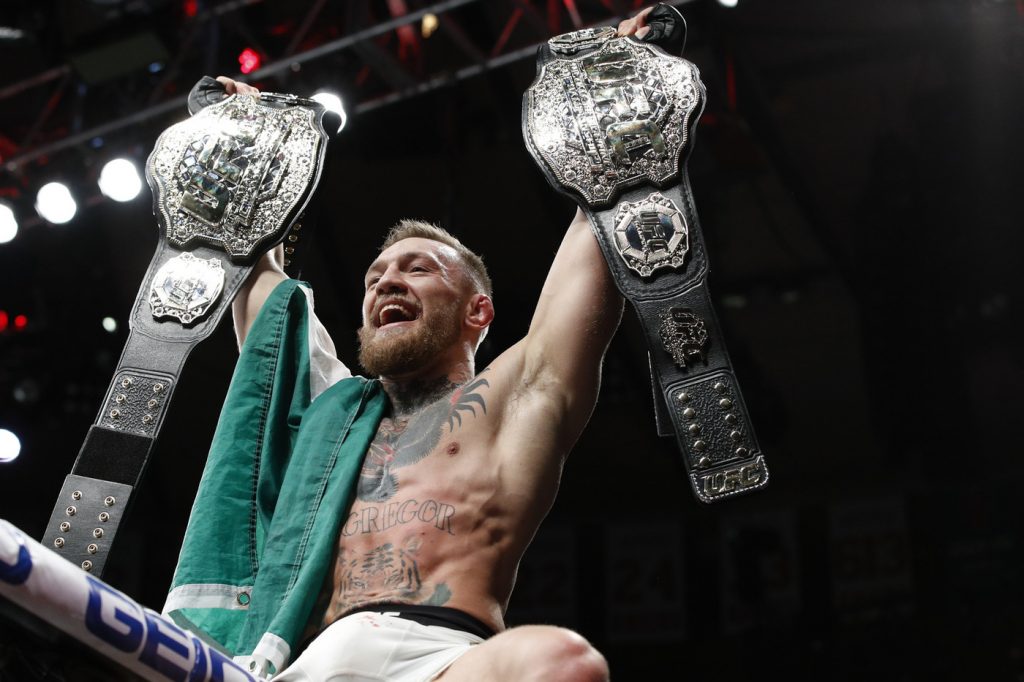 A look at both his previous fighting income and the fact that he’s running a successful business venture with his Proper No. 12 Irish Whiskey, financially, it’s safe to understand why McGregor may have taken a step back in his passion for fighting, since it’s not a necessary form of income these days.

However, those two previously mentioned losses and outside legal trouble for McGregor, including serious allegations which his team has denied, the Irish superstar would benefit from getting back in the good graces of the fighting world, and he can only do that with winning and getting back on the path to championship gold.

Conor McGregor doesn’t need to become champion again to become everyone’s beloved fighter again, his fanbase will always stick with him, but to cement his legacy as one of the greatest of all-time, there are still hurdles to get through in the UFC, like Khabib Nurmagomedov, if McGregor wants to be known as the greatest fighter to ever compete in the UFC.

A matchup with fan-favorite Donald Cerrone doesn’t necessarily bode well for McGregor and the fans who have either turned against him or simply are not a fan of his, but one thing is certain, the fight will sell. The two fighters had a verbal encounter four years ago at a UFC press conference, planting the seed for a fight that many have wanted since that day.

The “Mystic Mac” persona for McGregor isn’t just about predicting the outcome of his fight, it’s about the Mystical figure that McGregor was during his rise up to UFC stardom. He was brash, loud, and delivered in the ring, and when the fight was over, he paid respect to the opponent across from him, and that’s the version of McGregor that needs to return at UFC 246 in January against Cerrone.