There is simply no denying that there is always something exciting going on in the world of wrestling. This is especially true if you are a WWE fan. Heck, you can almost tune in and watch wrestling every day of the week. You have Monday Night Raw on Mondays, Smackdown on Tuesdays, and NXT on Wednesday. There is also TNA on Thursdays, which isn’t a part of the WWE franchise, but it is still wrestling nonetheless. And, this is not to even mention the WWE Network that is always streaming something wrestling or wrestling related. With everything constantly going on in the world of wrestling it can make it more than hard to keep up with the current roster. 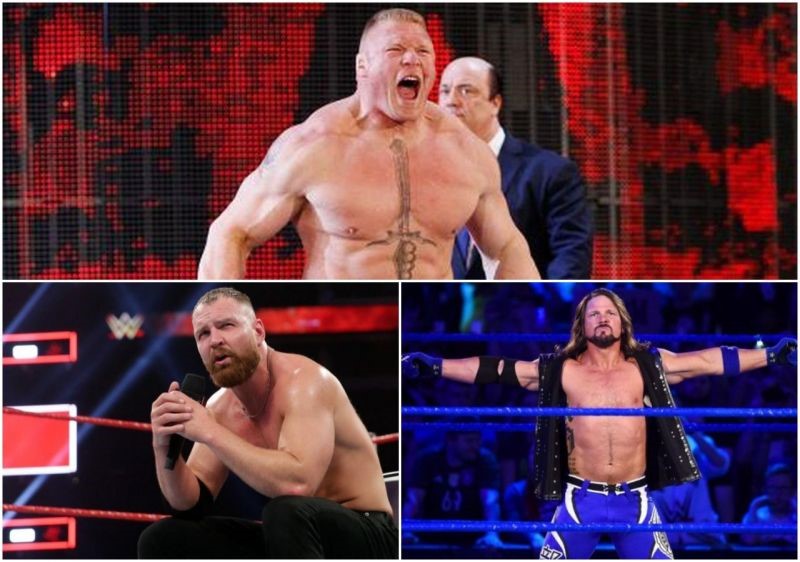 You might not see every wrestler on the payroll on the big cards or during the week, but WWE is stacked with some of the biggest talents as well as some of the biggest up and coming talents. Unfortunately, due to the influx of this rising talent, there are always those that also get cut. Just take a look at some of the wrestlers that are coming to WWE in 2019 and some that will be cut.

If you are an Impact Zone fan then Trevor Lee needs no introduction. He held the championship title three times and made quite an impact on the fans during his tenure with the organization. While his contract isn’t officially over until the early part of January, he recently told Sports Illustrated that he would love to make it to WWE, but which inspiring wrestler really wouldn’t? Making it to the WWE is the ultimate goal for any wrestler. If Trevor does get signed he will probably start out with NXT and work his way through the ranks. Given his in-ring talent and charisma, it is safe to say that it won’t take him long before he sees the big time.

The Ascension has had their ups and downs over the years. There is no denying that they are still one of the most unique tag teams signed with WWE today. And, there was a time not too long ago when it looked like the duo might be getting more TV time when they scored tag wins over Bobby Roode and Chad Gable. Unfortunately, after the big win, they haven’t been heard from again. It has literally almost been a month or two since the team got any air time and they are probably well on their way out.

Maybe one of the members will stick around and try to make a run in the single’s division, although this is highly unlikely given that both Konnor and Viktor are 38 years of age. This is pretty old in terms of ring age. If you were going to take advantage of no deposits bonuses from any quality online casino, you would want to place your money on The Ascension leaving WWE after their contract is up.

It is more than safe to say that even the most hardcore wrestling fans have never heard of Pentagon Jr. If anyone has heard of him it was probably from his match with Kenny Omega. Although most fans tuned in to watch Kenny, it would be fair to say that it was Pentagon that really stole the show as well as some of the hearts of the fans. Luchador wrestlers are always exciting and perform to the highest of standards. It has been officially announced by WWE that they are interested in both Pentagon and his brother. Give his current talents and the talents of the other luchadors in the WWE organization, it would certainly be exciting for fans Pentagon showed up on the roster.

Most people probably thought that Curt Hawking losing streak was some kind of storyline. And, it may actually have been at one time, but it seems like its got stale. And, this is rightfully so. After zero wins in 200 matches, it would be easy to see how the WWE could justify letting Hawking go. Hawkins has quite the comic side, but it really is sad when your losing streak becomes part of what you are known for. Maybe he will score a victory in the new future or heck, he might even be able to win the royal rumble or something big like this to get him back on track. Hawkins has the in-ring ability and on-stage performance. He just needs the right light to shine in.

By Monta Wiley 3 months ago

By Blaine Henry 3 months ago

By Monta Wiley 3 months ago

By Monta Wiley 4 months ago

By Dylan Bowker 5 months ago

How to Write a Pro Wrestling Script Story