The event will be headlined by the heavyweight kickboxing world championship fight between reigning XFL and ISKA title holder Randy “Boom Boom” Blake and long-time King of the Cage and WBC kickboxing champion Tony “Kryptonite” Lopez.

Lopez is from Los Angeles, and is coming off a knockout victory over former UFC star Houston Alexander. His overall professional fight record is [42-17] and he is a very heavy hitter with a rock jaw. Blake, [37-4] is from Owasso, Ok. And is also a professional boxer. Blake last fought Jan 14 in Oklahoma City where he delivered a devastating second round knockout over Art Parker. 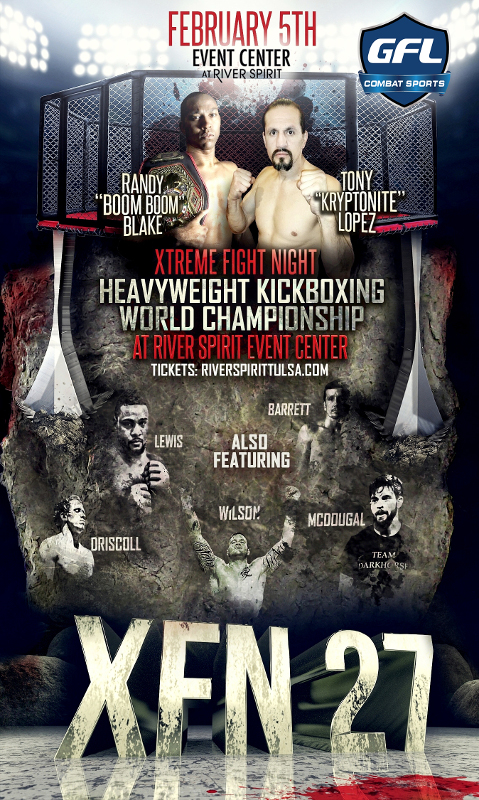