Looking back on 2022, it’s been yet another spectacular year for the sport of Mixed Martial Arts and the promotion at the helm of this burgeoning global entertainment empire, the UFC. We saw a new men’s Light Heavyweight take the crown in the form of Jiří Procházka, who defeated Teixeira with a stunning fifth-round rear naked choke. In the women’s division, Amanda Nunes reclaimed her rightful place at the top of both the Featherweight and Bantamweight divisions by making easy work of Julianna Pena at UFC 277.

The UFC also came to London and delivered what Dana White has labelled the “biggest Fight Night” in the history of the UFC, headed up by a showstopper between Tom Aspinall and Alexander Volkov. The second UK Fight Night brought Liverpool’s finest – Paddy Pimblett and Molly McCann – to the world’s attention, with Paddy the Baddy winning Performance of the Night.

The UFC’s second visit to the UK was less impressive but, nevertheless, White has promised to feature the Big Smoke as a host city in 2023. This got us thinking about the fights that we want to see scheduled for the next 12 months.

While Jones has yet to officially become the GOAT, he does nevertheless remain the youngest UFC champion on record after winning the title at the age of 23. Muhammad Mokaev has grand plans to smash that record but, if he wants to become champion, he’s going to need to get his skates on when it comes to climbing through the rankings.

While he’s not been short of callouts since bursting into the top 15, former title challenger and fifth-ranked Alex Perez is the key opponent Mokae needs to take out for a championship shot.

Perez was once in the position where Mokaev currently stands, but a two-year layoff has dimmed his quality somewhat. His comeback fight against Alexandre Pantoja didn’t exactly go according to plan, ending in a first-round submission, so he needs to make a statement to get back into title contention. Eliminating the most hyped new prospect might just be the perfect way to do it.

Paddy Pimblett has been on the ascension since his UFC debut in 2021, and, come next year, we want to see him take on a ranked opponent. Currently undefeated with three wins under his belt, Pimbeltt’s next bout will be against Jared Gordon at UFC 282 in December. If he gets through Gordon, we see him coming for fourteenth-ranked Tony Ferguson.

El Cucoy has been on the decline for some time now, so he’s likely to be the easiest fight for Pimlett to finally break into the official rankings. We won’t be surprised if this fight goes ahead regardless of the outcome of December’s fight.

Francis Ngannou has been riding high at the top of the men’s Heavyweight division since 2021, but we foresee 2023 being the year that reign comes to an end. Who better to lay claim to the belt than former light heavyweight champion Jon Jones? Jones’ comeback is one of the most anticipated events on the potential calendar, and a fight for championship status would be fitting for his return to top UFC billing.

Jones has undergone a phenomenal two-year physical transformation to be ready for competition at the heavyweight level, and the fans are itching with anticipation to see him get in the Octagon and fight. Winning a second belt would undoubtedly cement his status as the Greatest Of All Time. 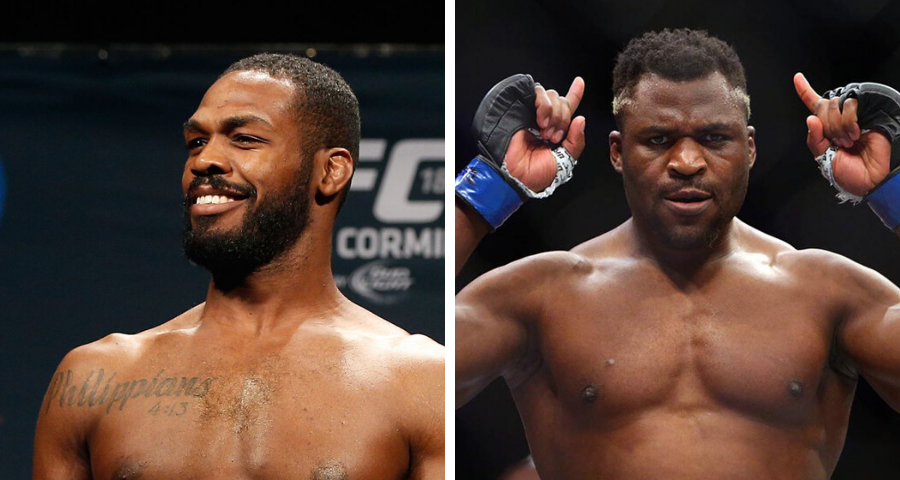 Rose’ Thug’ Namajunas was on track to being the incumbent women’s Strawweight Champion for years to come, but Carla Esparza put that plan to bed when she snatched the title at UFC 274 in May this year. The fight may not have won any accolades with MMA fans, having been dubbed the “worst title fight of all time”, but as the second installment in a potential trilogy, it was, nevertheless, necessary.

Come 2023, we expect to see the third installment of Esparza vs Namajunas, and it’s likely to be an all-out war. Even if the title isn’t at stake at that particular point in time – Zhang Weili is gunning for the belt right now – both fighters still have a score to settle.

Amanda Nunes has become such a dominant force in the UFC that the promotion is currently struggling to find adequate opponents for the double champion. There’s even talk that White may end the women’s featherweight class entirely. Before this vital women’s MMA division is culled, we may have a title contender in the form of former Judo World Champion Kayla Harrison.

Currently fighting for PFL, Harrison is facing the same difficulties as Nunes when it comes to finding suitable opponents. Having never lost a fight in her MMA career to date (putting her at 15 wins), switching to the UFC and taking on the Lioness is the only logical next step worthy of this undisputed champion.