Arlovski, 42 has been seeing mixed results in the promotion for the better part of a decade. As of late, Arlovski is 3-1 in his last 4. A win over Felipe would be back to back wins for the veteran.

His adversary, Carlos Felipe has wasted little time calling his shots in the UFC. Currently 3-1 inside the promotion, Felipe was awarded Arlovski, a big name on a big stage, but the question remains whether he can beat the grizzly vet.

Check out how the fight played out round by round below: 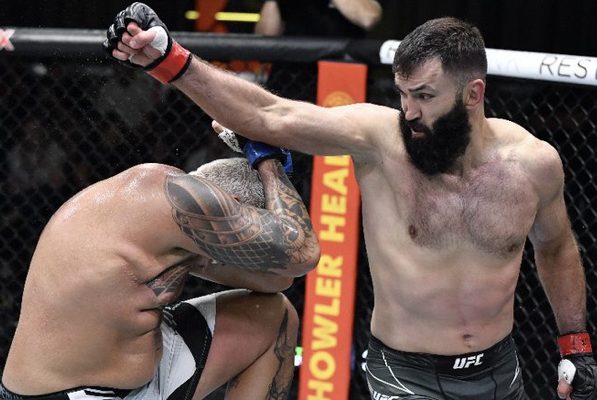 Round-by-round action in the co-main event:

Herb Dean is the third man in the octagon. Arlovski opens up with a calf kick. Both men stating patient early, Arlovski is landing the kicks early. Felipe swings and misses with reckless abandonment. Felipe just can’t find his range at the moment, another big swing and miss for the Brazilian. Arlovski remaining calm and chopping down on the legs and picking his punches nicely. Felipe backing up Arlovski, the veteran experience from Arlovski comes into play and he circles away from the cage immediately back to the center. Arlovski lands a stiff jab and a kick to end the first round.

MyMMANews.com scores it: 10-9 to Andrei Arlovski

Second round is underway. Felipe trying to get inside and land his combinations. Felipe needs to turn this into a dog fight, the Brazilian looks more urgent in the second. Arlovski is on his bike a lot more in this round! The intensity has picked up. A heavy calf kick lands for Arlovski. Felipe throwing bombs at the end for the round, a flying knee attempt before the bell!

Last and final round. Arlovski looking more labored between the two. Felipe ducks and lands a combination. Felipe lands to the body then head. Arlovski is more stationary in the third. A leg kick from Arlovski topples himself over and Felipe jumps on the back to land 10 punches to the head. Arlovski doesn’t settle for the position and uses the cage to get back to the centre. Both heavyweights are looking exhausted at this stage, one minute to go! TEN SECONDS TO GO, Felipe lands a punch to end the fight. Both men walk away with their hands raised in the air.

By John Eric Poli 58 mins ago