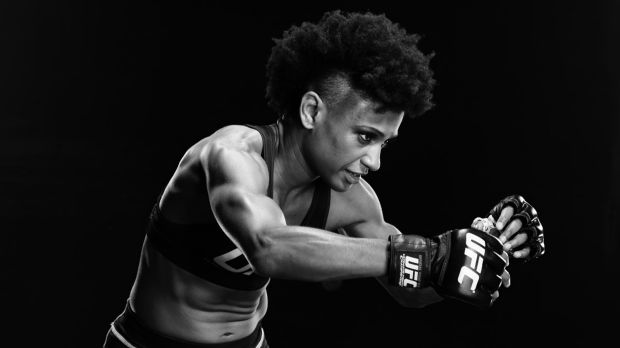 “Last year in April I had my first MMA fight. 2 days later I flew out to Vegas and tried out for The Ultimate Fighter. It’s been a roller coaster ride and I proved to myself how strong I could be through the shittiest situations. After 2 losses to top 5 ranked opponents I got the call that I’ve been released from the UFC. It’s bittersweet, but I’ll hopefully be able to stay more active outside the octagon and gain the XP I need to make my way back to that belt.”

Hill fought only one fight before appearing on the show, a TKO win of Stephanie Skinner in April 2014.

She then traveled to Vegas where she would lose to Carla Esparza in the preliminary round.  Esparza would go on to win the entire show and be crowned the UFC’s first female strawweight champion.

Hill bounced back in the TUF 20 Finale defeating Emily Kagan via unanimous decision.

Now after back to back losses to Tecia Torres and Rose Namajunas the UFC will let Hill gain more experience in her craft before getting a second crack.