WHAT DOES OSS MEAN IN REGARDS TO BJJ?

If you frequent any mixed martial arts forums, blogs, or social media platforms and see someone use the term “OSS” you may scratch your head and ask yourself, “what does that mean?”

When looking at the meaning of “OSS” or “OSU”, it’s important to understand that the term has several uses ranging from a greeting to answering a question and acknowledging an opponent’s skill among other things.

OSS it’s a pretty generic term derived from Japanese martial arts. It is a particularly enthusiastic way of saying “yes” or to acknowledge something or someone, similar to the U.S. Marines when we say “OOH-RAH”. 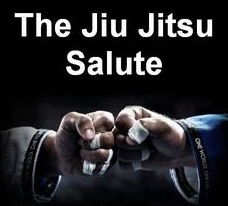 For a better introduction to BJJ and BJJ terminology, you can watch documentaries. Netflix will release a BJJ origins movie about Rickson Gracie by the end of 2021. Real fans are bound to see this masterpiece. Install Netflix unblock tools in advance so you don’t miss the release. Documentaries will be in your favor for self-development in this matter.

The famous “OSS” has many origins. The first definition of “OSS” as an abbreviation for Onegai Shimasu, which translates into a request, a solicitation, an invitation like “please”, “if you may” or “with your permission”, much used when inviting a partner to train.

The second definition of the word, also known as “ossu”, means Oshi Shinobu, which conveys the idea of “persevering when pushed”. In other words, never give up, have determination, grit and withstand the most arduous of training.

Carrying on without giving up, under all kinds of pressure – that’s the idea of inner strength so common in Asian culture. Therefore, at the start of a fight, the martial artist will shout, invoke, emanate the “OSS”, as a way of letting this sentiment out.

In many sources, the term is defined as a manifestation of ki energy, or in other words, a different kiai (strength), indicating one is ready to fight. According to Miyamoto Musashi, in the book “Go rin no sho” (Book of the Five Rings), the samurai would use three types of shouts: one before combat, the second during combat, when attacking, to muster greater strength (kiai), and the third after the fight, to celebrate victory or bemoan defeat.

“OSS,” beyond demonstrating strong spirit and determination before a fight, is also used to suggest or confirm a piece of information. Thus, whenever a Sensei asks or informs of something, the response is “OSS!” It is the response that will signify understanding or confirm understanding.

Many Brazilian Jiu-Jitsu practitioners use as a sign of respect.

In BJJ, the term was made popular by Grand Master Carlson Gracie and was introduced as a sigh of “respect”.

Now that you understand the meaning you can step onto the matts and confidently say : OSS!