The main event of ONE: Heavy Hitters features a title bout between Xiong Jing Nan, the champ, and Ayaka Miura. The bout features some of the best women’s talent in the world and Miura is looking to prove that she is the best.

Regardless of skillsets, Ayaka Miura respects Xiong Jing Nan on the ground. She points to the Angela Lee fight as to the prime example. Miura says that while it’s not seen often, she’s not helpless on the ground.

“I don’t think she’s a bad grappler because she was able to deal with Angela Lee when she was held down. She hasn’t shown it much in her fights, but I think she’s actually strong.”

Ayaka Miura doesn’t overrate Xiong’s ground game, however. She says her opponent is slightly above average and with a few adjustments in the takedown department, she can be a fantastic grappler.

“It’s like 6 or 7. The reason is that she is good defensively. In other words, she has good basic movements. She can do that in a fight. If she could land takedowns, I think she would be perfect.”

Miura employs a very slick technique on the ground that stems from judo. She uses the scarf-hold to transition into the Americana which has won Miura six of her eleven career wins.

But, the champ exudes bravado saying that she won’t tap to the move. Ayaka Miura sends a chilling message to the champ: “Xiong Jing Nan said she’s not going to tap? I’ll break her arm then.”

Stay posted to My MMA News for all the latest on ONE Championship, Ayaka Miura and more! Thanks for reading. 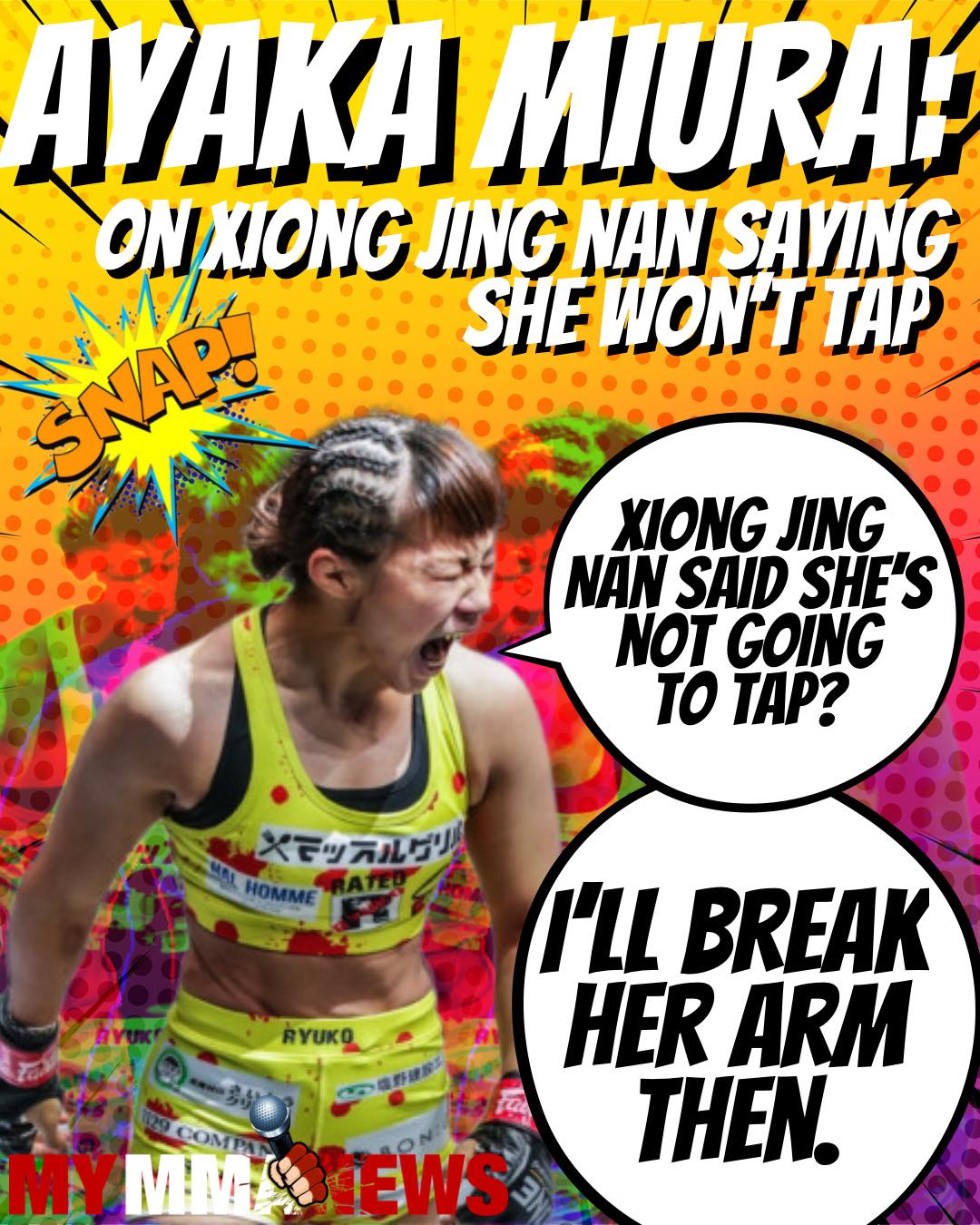