Two veteran middleweight fighters will throw down when MMA returns to Johnstown, Pennsylvania for the first time in seven years, as big show veterans Chris Dempsey and Rex Harris will face off in the night’s main event.

Dempsey, a UFC and Bellator veteran, competes in MMA for the first time since 2017. After posting a 10-1 record on the regional scene, he signed with the UFC in 2014, where he had a four-fight stint including a win over Ultimate Fighter winner Eddie Gordon. After being cut from the UFC, he faced Penn State NCAA champion wrestler Ed Ruth at Bellator 186 in State College, Pennsylvania.

Dempsey currently holds an 11-6 overall MMA record and trains at The Mat Factory in the Pittsburgh area.

Harris signed with World Series of Fighting in 2014 after a 7-2 run on the regional scene, and he went 3-0 for the promotion. In 2017 he signed to compete in the WSOF successor Professional Fighters League, where he competed four times including a bout against PFL champ Louis Taylor.

Both fighters have wrestling roots in the wrestling powerhouse state of Pennsylvania. Dempsey will return to his old stomping grounds, as he was a two-time All-American at the University of Pittsburgh Johnstown. Harris wrestled at Wilkes University in Eastern Pennsylvania where he ranks among the leaders in all-time wins.

The event marks the first time mixed martial arts has been in Johnstown since a Gladiators of the Cage event in 2014, which Dempsey also headlined. 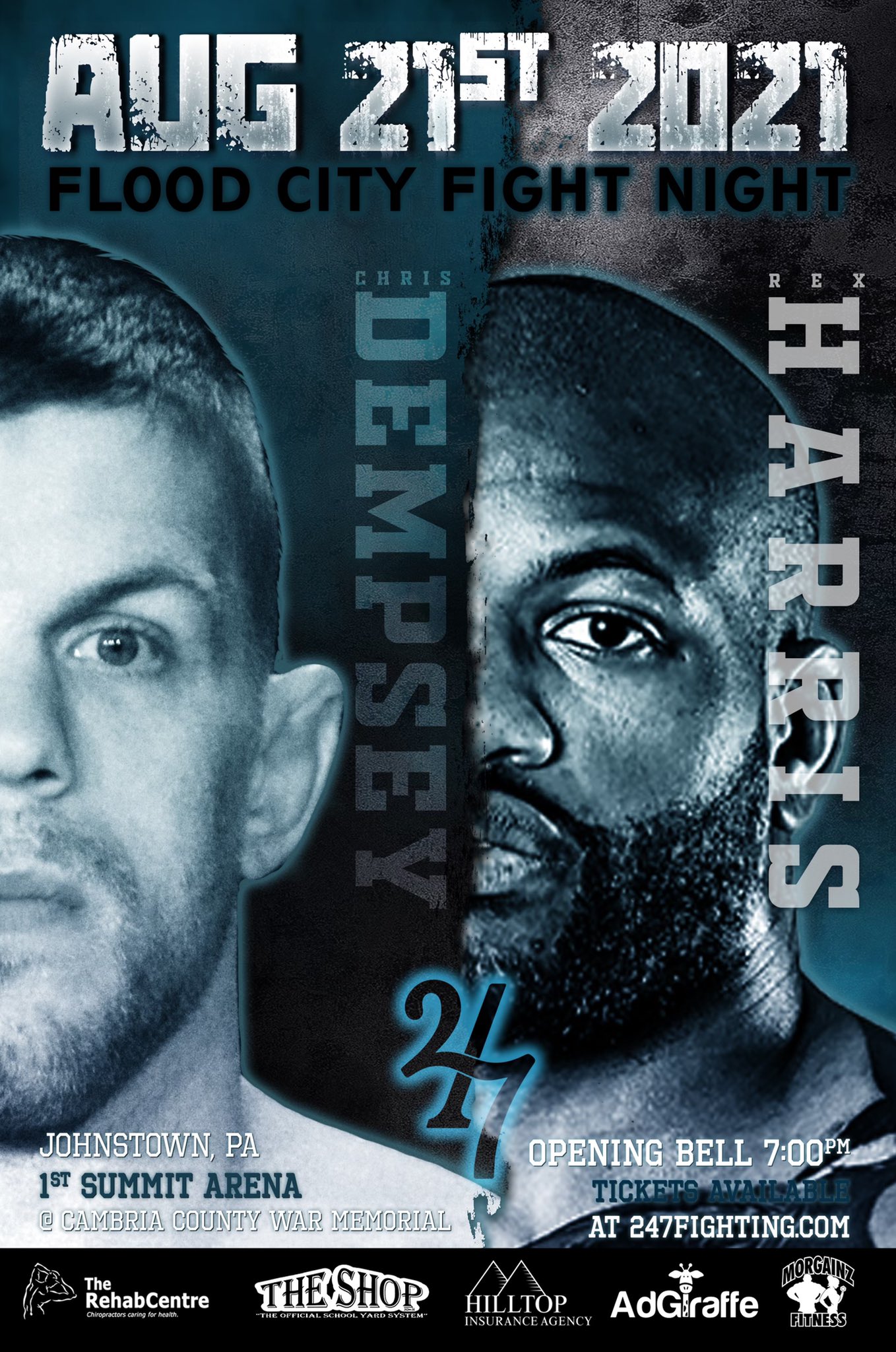