Conor McGregor has donated €10,000 to paralyzed Irish fighter Ian Coughlan’s GoFundMe, as the Irish MMA community continues to rally around one of their own.

In July 2021, Ian Coughlan was preparing for an upcoming fight when he suffered a horrific spinal injury while training.

“I went down in a diagonal way against the wall (I think between the floor and the wall) really hard, and that was me paralyzed,” Coughlan explained in an interview with SevereMMA.com.

The accident left Ian Coughlan, a married father of two stepsons, with a bleak outlook. Irish doctors told Coughlan that it was unlikely he would ever walk again. However, after searching for solutions abroad, Ian is hoping to participate in a combination of stem cell and hybrid assistive limb treatments in Germany, with the hope of walking again.

Unfortunately, this therapy is costly, so Ian is looking to raise €73k to be able to participate in it.

In recent weeks, the Irish MMA community has come together to help Ian and his family, through a number of fundraising ideas:

Guys let’s get together and support this young Irish fighter who suffered a terrible injury at a gym in Ireland.
Coach John and the team at SBG are hosting a training day and my own recovery permitting, I hope to be in attendance. There will be signed fight wear also! ☘️ https://t.co/RipsCbKRIv 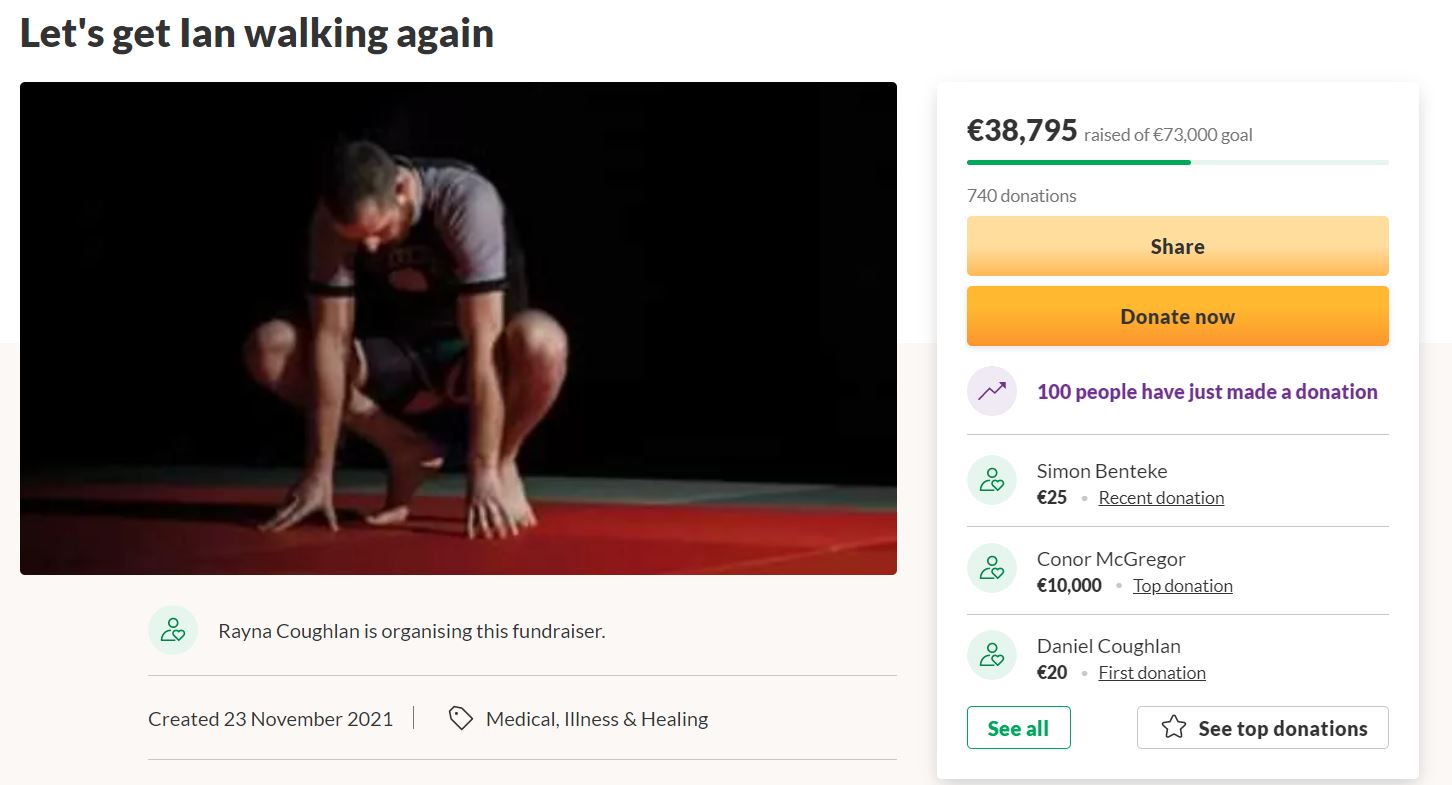 If you would like to donate to Ian’s GoFundMe, it can be found here.

By Lenny March 16 hours ago