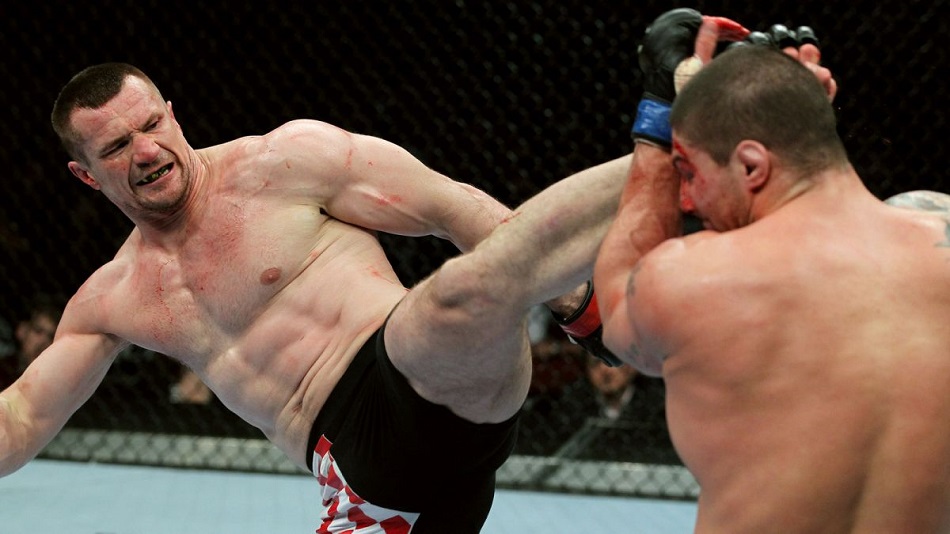 Mirko Filipovic has pulled out of this month’s UFC Fight Night 79 co-headliner.  The fighter known more popularly by the name “Cro Cop” has retired from the sport of MMA before and made a comeback however this time he has issued his final goodbye.

Cro Cop was to fight Anthony Hamilton at UFC Fight Night 79, November 28 at Olympic Gymnastics Arena in Seoul, Korea.  UFC officials haven’t made a formal announcement, and it’s not clear if a replacement will be sought on short notice.

“Dear friends, unfortunately I had to cancel the fight in Seoul. In the beginning of the preparation I already hurt my shoulder, so I couldn’t raise a hand. I tried to save a shoulder injury and repair in all possible ways: daily therapy, injections of blood plasma and various cocktails of drugs but didn’t work out. The only cure would be a break of two to three weeks, and that I could not afford in the midst of final preparations. By daily trainings the injury gets worse. Part of the muscle is snapped, the shoulder is filled with a lot of fluids, and the great danger is that tendon ruptures and then go to operation again.

I don’t need that, especially at my age. Throughout the summer I spent traveling to Munchen on therapy to one of the famous doctor for chronic inflammation of the tendons on the grips bones that drives me crazy, when I go to Vinkovci I have to stop twice during the travel due to pain in these tendons that hurt me terribly in sitting position, right knee which was operated four times, too. And now even the shoulder, back not to mention. Whenever I go to a magnet no matter what, and what I record, report begins with “degenerative changes”, but that is the price that must be paid.

People of course see only one side of the medal, material things, and for the passion, pain, blood and tears no one asks or cares, but it is so in life. Now it’s two in the morning, and I can not fall asleep, I tinkling thoughts and swirling my career in front of my eyes. I am aware that I have come to the end of my martial times, but training with pain I want no longer. My body is battered by countless trainings, I collected nine operations, the body has become prone to injury, after each workout I put ice on my knee operated on because it’s filled with fluid, therapies twice a week. The next fight would be 80th professional and that is a lot, especially in the competition: K-1, Pride, IGF, UFC. The biggest problem will be my adaptation to “civilian life”, without two workouts a day and the eternal journey around the world, and that whouldn’t fall so hard. I will train as long as I live because it’s my life, but not at this rate and I’m glad in some way.

This is not a temporary decision because I was unhappy due to all of that, but it’s my final decision and it’s best for me. Sooner or later the time comes when a man has to think on the health. I had a really long and great career and I believe I left a deep mark in the martial arts, in a free fight and in K-1 and I have no regrets. Thanks to everyone who followed me and supported me, but for me there remains beautiful memories. Greetings!”