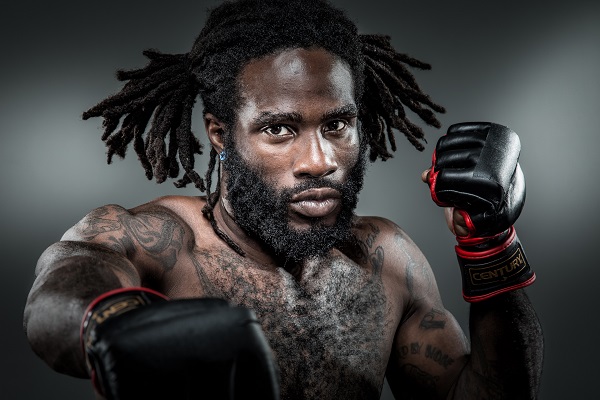 Former Bellator MMA featherweight champion Daniel Straus is currently rehabbing from injuries sustained in a motorcycle last year. While we at MyMMANews.com would like to extend our well wishes to Straus and family, please enjoy this never seen before interview with the former 145-pound kingpin.

Daniel Straus – “I try to tell people all the time that I’m a big fan of the sport, too. When I first came into the sport the first guy I took a liking to was Thiago Alves. He was just a wrecking machine. I Ioved his style. Even inside Bellator I like ‘Pitbull’. He could be a future opponent of mine but I still like watching him fight. He is a great fighter, he brings it every time and I am a fan of his.”

DS – “The best thing no one knows about me is how easily I get along with people. I am really friendly person. A lot of people see me and see a scowl on my face and think something different. I’m really easy to get along with. I’m friends with everybody. I have a great personality, I think.”

DS – “Bills. Hey, I don’t make enough money to just make appearances. When I fight I fight for my livelihood. My daughter needs to be fed and my bills need to be paid. This is my job. If a guy beats me that’s one less meal I have. That’s one less payment I can make. That’s one less thing I can buy for my daughter. I’m a prize fighter. I need the money. I like the glory but this is a career first.”

DS – “My first amateur fight I walked in and I didn’t know much about the sport of fighting. I beat the mess out of my opponent. I just kept throwing knees because I didn’t know anything else. That’s all I had seen on TV. In Ohio at the time you couldn’t throw knees. I could hear my wrestling coach in the crowd yelling ‘Knees!’ So I kept throwing them. I kneed the guy in his face, knocked him out and got disqualified.”

TR – What was the best moment in your career so far?

DS – “Winning the Bellator title, man. It’s been a blessing. It’s one of the best moments I have had in fighting. It also nice to be able to shut the mouths of all the critics as well. I like being the underdog and I show a lot of people what I’m about.”

TR – Best thing about MMA compared to other sports?

DS – “What makes it better is how pure it is. If you get in a confrontation in any other sport Baseball, Basketball, Football, Hockey…what do you do? You go fight the guy. So I’m already in that sport. I’m in the purest sport in the world. There is no ‘what if’ because it actually happens. I can’t say I lost because my offensive line didn’t block for me. This sport just brings out the true colors of a person.”

TR – What feels best a knockout or submission victory?

DS – “A knockout. I haven’t got a flush, one hit, knockout yet but I have had a few knockouts. I love submissions, too but if I can knock a guy out I will take that.”

DS – “It is spilt between Patricio Pitbull, Pat Curran and I would even throw Karen Darabedyan in there. All of those guys are in the group of the best fighters I have seen in my weight class.”

TR – Best way to get pumped before a fight?

DS – “I love music. I like to take myself elsewhere. I close my eyes and envision how the fight will play out, while listening to music. I like to throw my hands a little bit. I like to warm up a bit and from there put everything in to God’s hands. I throw the biggest punches and the biggest kicks I can and try to beat the guy. I believe this game is so mental so in the back that’s what I’m trying to get a hold of. Not to overthink anything and not to under think anything.”

TR – Best dinner guests? Three people, past or present, who would they be?

By Doug Geller 2 hours ago

UFC 250’s Alex Perez is coming after the flyweight division

Alexey Oleynik on Fabricio Werdum win and what’s next

By Lucas Grandsire 4 days ago