Legacy Fighting Alliance’s first trip to Belton, TX, will feature a Welterweight showdown with Derrick “D-Rock” Krantz vs. Justin “The Tactician” Patterson in the main event.

LFA 63 is scheduled for March 29 at the Bell County Expo Center.

Krantz (23-10) is a former LFA Welterweight champion, who is currently on a three-fight win streak. “D-Rock” has won 3 of 4 inside the LFA octagon and won six of nine under the Legacy FC banner. The 31-year-old hails from Marshall, Texas, and has eleven of his nineteen finishes by submission.

Patterson (11-4) is a U.S. Navy Veteran, who has five of his six finishes by knock out. The Arlington, TX, native has gone 4-3 in seven fights with Bellator MMA. “The Tactician” made his promotional debut at LFA 55, back in November of 2018, handing talented prospect Ramiz Brahimaj a decision loss. 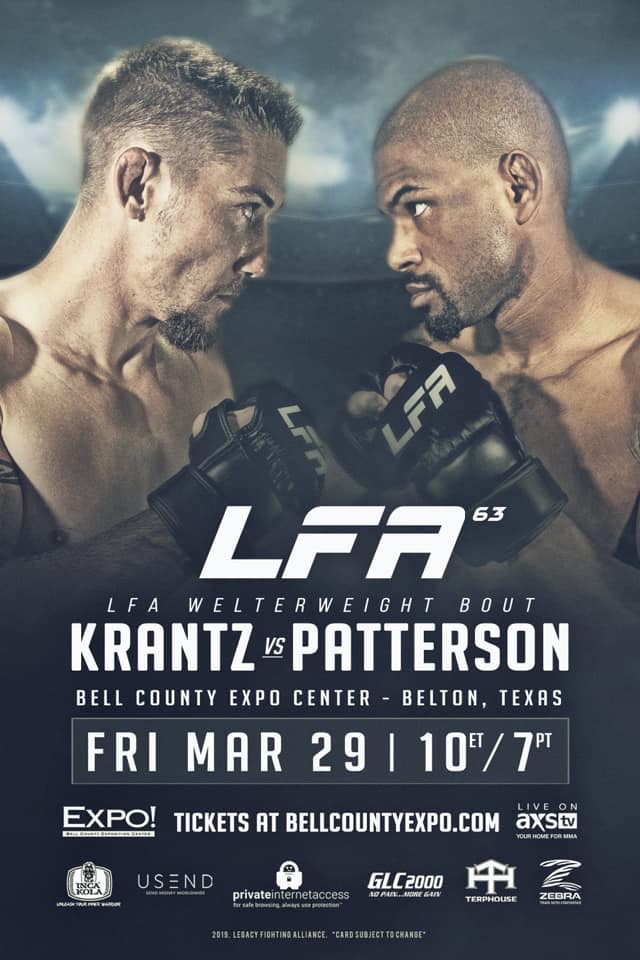