Art of War Cage Fighting is hosting back to back events on February 7th and 8th in South Philadelphia’s 2300 Arena  and AOW President, Mike Bickings, has a bunch of fighters who are ready to get to work now that 2020 has begun.

AOW 16 is on Friday evening and the long awaited professional debut of Cody Russell is finally upon us.  Russell won the AOW Amateur lightweight title in his last fight and both he and his coaches feel that it’s time to step it up to the next level.

Cody welcomes North Carolina fighter Dominique Brewer into his hometown. I had the chance to talk to Brewer early in fight week.  Please check out our interview with Dominique Brewer on the link above.

I asked Dominique about his nickname “Domo the Problem Child” and this is what he told me….

“I went from playing Division 1 football to just getting into a lot of trouble getting in fights, like 2 or 3 per week.  I happened to get into a battle on the street with a professional fighter and he was like….dude you need to get in the gym and come train.  It took me like four months after that to go in and start training with him and ever since I’ve just been in the gym grinding just learning and playing catch up.  I’m about 2 and a half years in and I’m just picking things up. I know there’s a lot of guys who have been doing this for 10 years plus. I jumped in deep and I’m swimming and not stopping.”

Brewer made his pro debut in May and came away with a split decision victory and now he says he is not bothered coming into Russell’s hometown trying to spoil his debut.  He says that he is bringing a bunch of fans with him as well.  They should prepare for a packed house and lots of noise as AOW has sold out every show they’ve had in Philly and that streak is sure to continue.

I will be cageside handling commentary duties with Justin Haskell and heading into the cage to talk to the winners.  Eric Kowal will also be in attendance bringing live results and the talented man behind the lens bringing amazing photos will be our very own William McKee. 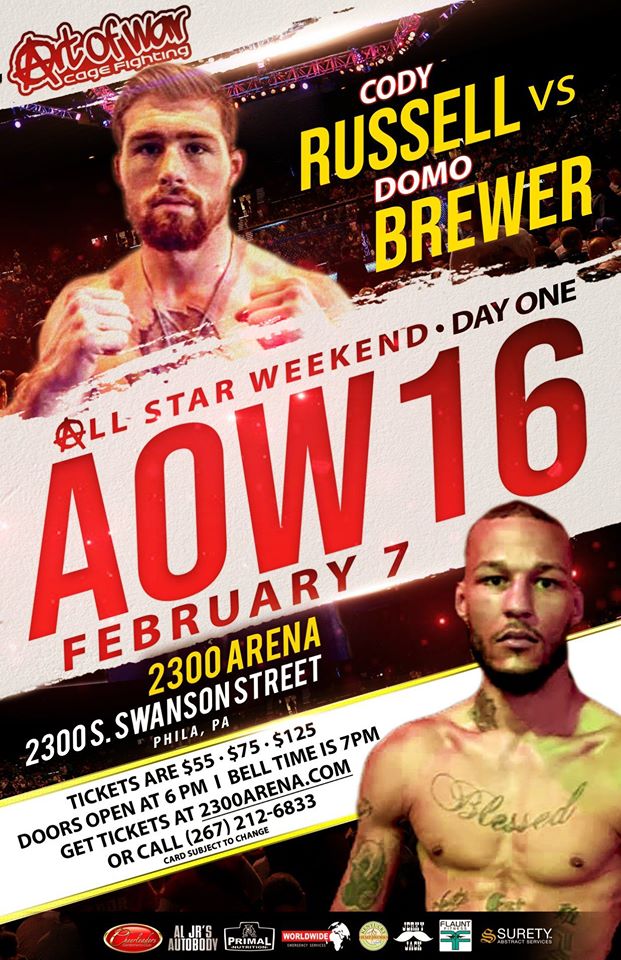 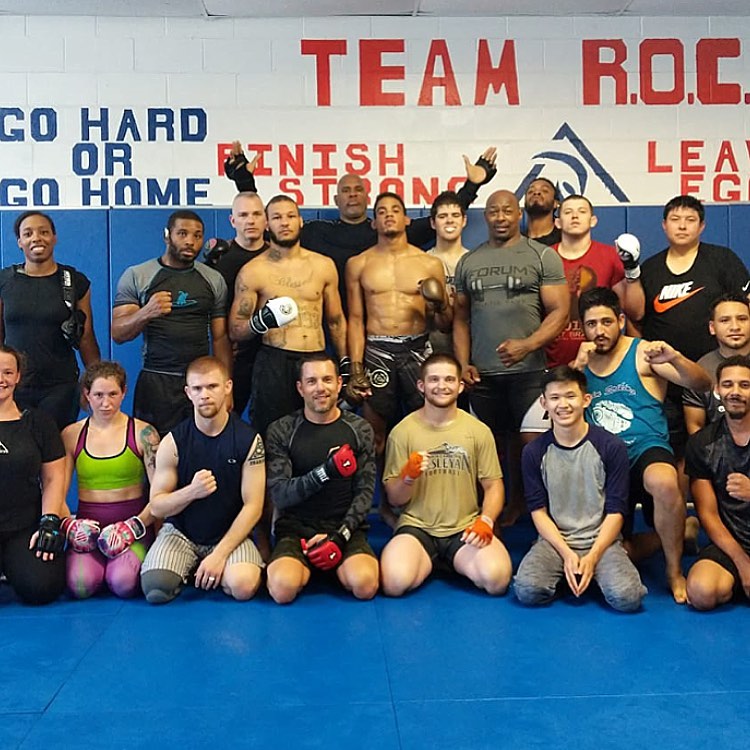 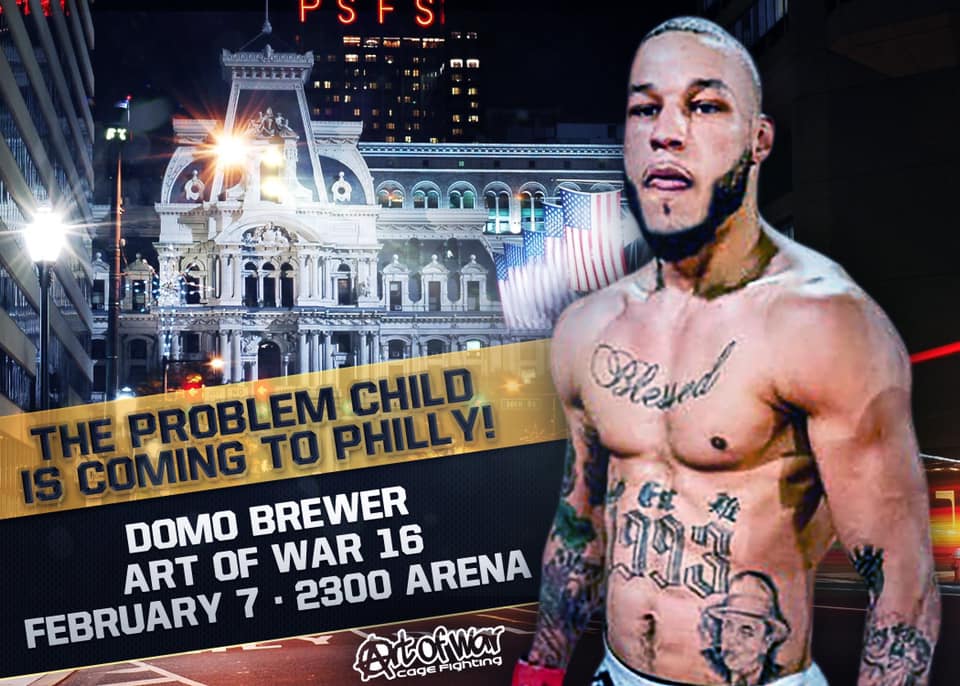