We have a very exciting lightweight bout going down this weekend at UFC Vegas 19, as Drakkar Klose and Luis Pena battle it out on the preliminary card, three fights before the main card starts live on ESPN+.

Klose was initially slated against fellow striker Jai Herbert, with Herbert withdrawing from the contest a couple weeks ago, and being replaced by ‘Violent Bob Ross’ Luis Pena.

This is an extremely intriguing bout, they’re both such talented strikers. 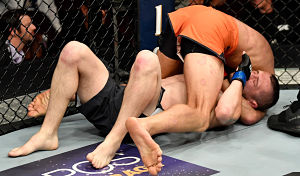 Pena came to the UFC off The Ultimate Fighter 27 with a record of 4-0, where he went 1-0 on the show and was forced out of the competition with an injury. He did however compete at the finale, submitting (guillotine choke) fellow castmate Richie Smullen in round one.

This would be followed up by Pena facing season 27’s winner, Michael Trizano. Many though Pena was the best on that season, and this was where he was able to prove it. Trizano defeated Pena via split decision in a close contest.

Two victories would follow, over the likes of Steven Peterson (UD) and Matt Wiman (TKO), before losing another split decision, this time to Matt Frevola. 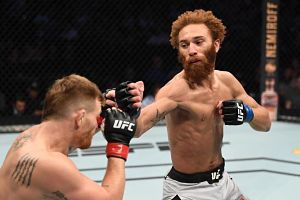 Pena has since gone 1-1, defeating Steve Garcia via unanimous decision, and being submitted (guillotine choke) by Khama Worthy in round three.

Drakkar Klose came to the UFC just a tad earlier than Pena, but improved his UFC record to 2-0 at the same finale Pena made his UFC debut at, defeating Marc Diakiese (SD), improving his professional record to 8-0-1. 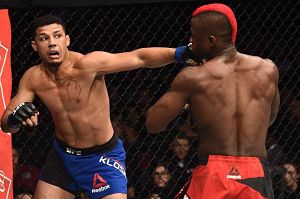 Next would come a unanimous decision defeat to 39-1 national champion kickboxer David Teymur, before winning his next three-straight over the likes of Lando Vannata (UD), Bobby Green (UD), and Christos Giagos (UD), before being KO’d by Beneil Dariush in round two of his last bout.

As you see, they’re both coming off the first finish defeats of their respective careers. They each have the chance to right those wrongs on Saturday.

Pena was having trouble with Worthy the more that fight went on, but Klose was looking great against Dariush after that first round ended. He just got reckless, and caught because of it. 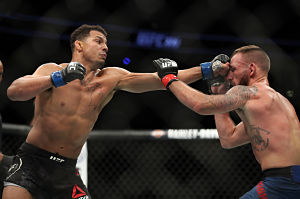 Both of these lightweight talents had successful amateur careers as well, with Klose going 7-0, and Pena going 15-2.

Pena’s still just 27-years-old, turning 28 in July, while Klose is turning 33 in the beginning of March. Whoever wins this bout should be closing in on the top 15 very soon.

Who walks away the victor in this lightweight bout?