“El Senor Perfecto” Bill Algeo has been waiting for this opportunity for quite some time.  The 31-year-old featherweight has been among the best fighters in the northeastern region and fought his way to a 12-4 record.  The former Ring of Combat champion did get to fight on Dana White’s Contender Series in June of last year, but lost a decision to Brendan Loughnane.  He went right back to his gym and kept training.  With the Covid-19 pandemic, fights were tough to find but he did get on a recent CFFC card and got back on the winning side with a unanimous decision over Tim Dooling.  We spoke before that bout and Algeo said his plan was to get a win and then stay ready for a possible short notice call.

On his Facebook account, Bill Algeo announced that he is now in the UFC and will enter the cage with less than a week’s notice to do battle with Ricardo “the Bully” Lamas (19-8).  Lamas was scheduled to fight Ryan Hall who had to withdraw due to an undisclosed injury.

Algeo is no stranger to tough opponents as he has taken on all of the top names regionally.  Two of his losses are to current UFC fighters Jared Gordon and Shane Burgos.  Bill is a blackbelt in BJJ but prefers to stand and bang it out in most fights as his striking has developed very nicely with a wide variety in his arsenal.  This should be a very good match-up. 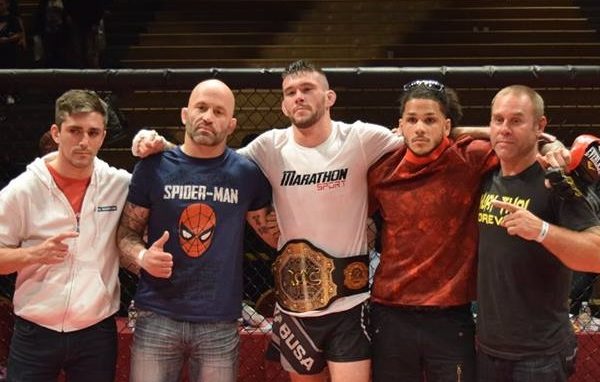 By Nicole Bosco 6 hours ago

By Ryan Truland 8 hours ago