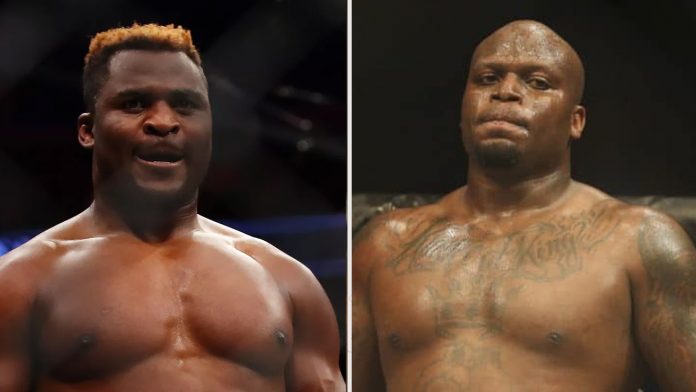 When Francis Ngannou arrived in the UFC, he immediately looked like the next big thing in the UFC Heavyweight division.

Standing at 6’4″ tall, with a 86.5″ reach advantage to go along a violent explosive striking game, Ngannou was destined for a fast rise to the top of the UFC.

Ngannou quickly made a name for himself in the company by going on a six fight winstreak, ending all of those fights by TKO/KO.

In the process of that streak he had defeated two top tier names in the UFC Heavyweight division including former UFC Heavyweight Champion Andrei Arlovski, and former title contender Alistair Overeem in December of last year which earned him ‘Knockout of the Year’ honors.

Because of his early success in the organization, Ngannou was granted a shot at the UFC Heavyweight Championship against reigning champion Stipe Miocic.

Leading up to the fight, UFC fans and critics believed that Ngannou would KO Miocic and win the belt after witnessing him viciously finish Overeem.

Then, once the fight happened the story became completely different and by the end of the UFC 220 event Miocic was able to successfully retain his UFC Heavyweight Championship.

In the fight, Miocic exposed Ngannou’s poor conditioning as he took him on into the later rounds. He was also able to shut down Ngannou’s striking with his decorated wrestling ability by taking him down constantly through out the fight to an eventual unanimous decision victory.

After taking some time off to work on his cardio as well as his overall MMA game, Ngannou now prepares to make his return to the UFC octagon this Saturday night at UFC 226 against a man who too has established himself as a premiere contender in the UFC Heavyweight division Derrick “Black Beast” Lewis.

Though still the #1 ranked UFC Heavyweight, Ngannou explains his fight with Miocic was not only a learning experience for him, but more importantly, a very crucial step in his development to a better, more well rounded fighter.

“I collected a lot of experience and I learned a lot from that fight,” Ngannou told Helen Yee recently. “This is something that would have happened anyway someday because my rise was very fast, so I jumped a lot of things. I didn’t discover somethings that would catch me later. At some point I can even say it’s the best thing that happened because if it didn’t happen in that fight, it might happen in the future. Now it happened this time. We take it, we learn it, we stand up, we move forward. That’s how life is.”

Lewis has been harshly has been critical of the Cameroonian striker, recently expressing in interviews about how Ngannou got too much hype because he had finished older fighters, and how Miocic should’ve have finished him in their UFC 220 title encounter.

Now looking ahead to UFC 226 this Saturday night Ngannou feels that Lewis is talking just to hear himself talk, and believes he’s the better fighter everywhere than his opponent.

“What advantages do you think I have over Derrick Lewis? All of them,” Ngannou said. “Of what you can imagine, I think I have all that over him. He said I knocked [Andrei] Arlovski out because he’s old — he was 37. Mark Hunt was 43 when he beat [Derrick Lewis]. Hunt made him quit. I think [Lewis] just doesn’t know what he’s saying.”

This fight for “The Predator” against Derrick Lewis Saturday night is every bit crucial, believing that a win against  “The Black Beast” would keep him in the Championship mix, and possibly give him one more match to get a rematch with Miocic should he retain the title against Daniel Cormier.

Ngannou says he felt he had what it took to defeat Miocic at UFC 220 but just didn’t seem ready, and won’t change anything should he get another opportunity to face him.

“I would just get my conditioning on point. What I’ve got already will be okay.”

Do you think Francis Ngannou will defeat Derrick Lewis at UFC 220 this Saturday night?