George Sullivan (17-7, NC) discusses his upcoming fight against Manny Walo (12-3-1) at Maverick MMA on November 17. George also talks about how this fight came together, his training camp and how he’s still in the USADA testing pool despite not being signed to the promotion.

“UFC’s contract ran out, I’m still in UFC’s drug testing so I can get another contract, but they are not giving out welterweight contracts right now,” Sullivan said. “They told me to stay sharp…. The good news is they are willing to pay for the drug testing.  They said they can call me at short notice and use me so I gotta stay sharp.”

“I contacted some guys.  I got some good offers and some really low ball offers and I kind of laughed at these people.  They think I’m going to fight for pennies and that’s just pathetic.”

Sullivan also talked about running his gym Sullivan Kickboxing Academy and mistakes that were made in previous UFC fights to include the most recent against Mickey Gall.

“He threw a terrible kick at me and I was like ‘Oh my God, here comes $50,000.  This is going to be the easiest knockout of my life.  And then I raised up and he shot perfectly.  He had the perfect game plan to beat me.  He basically played possum with me.  He got my back and then I punched him in the face which hurt him…. he played the perfect game plan.  He didn’t beat me in the fight. He beat me with his brains.  He was the better guy that day.  I was an idiot.”

Maverick MMA 10 takes place at the Sherman Theater in Stroudsburg, Pennsylvania.  Doors open at 6 p.m. and the first fight kicks off at 7 p.m. ET. 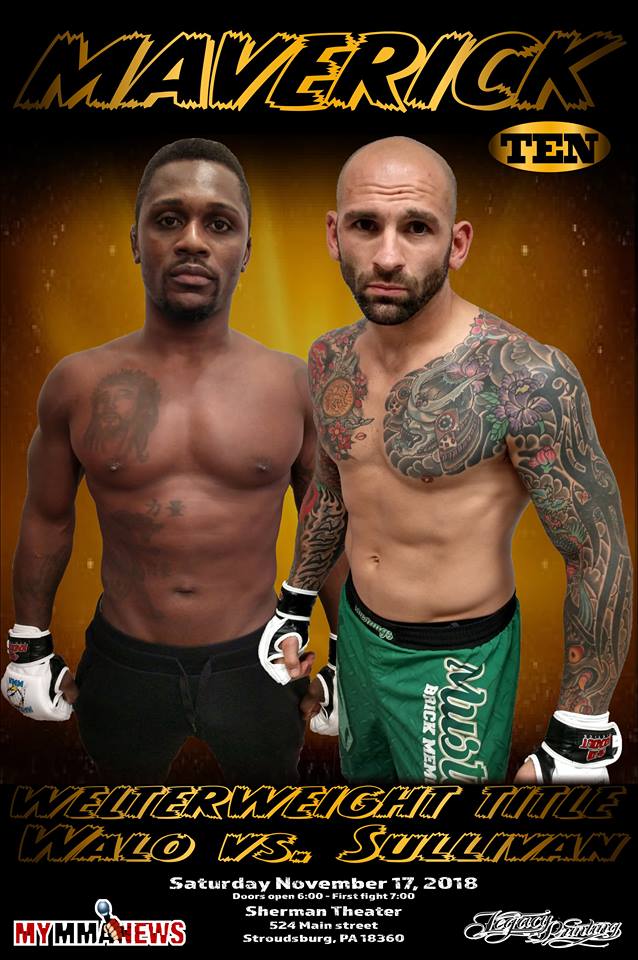