The battle of undefeated featherweights headlines PA Cage Fight 32, June 16 at the Genetti Hotel & Conference Center in Downtown Wilkes-Barre, Pennsylvania.  Jim Fitzpatrick made a successful professional debut at PA Cage Fight 30 in February, earning a first round knockout, and will now face Troy Sterling (2-0-1) next month.

Miller Brothers MMA’s Fitzpatrick has won 4 straight at PA Cage Fight and quickly turned into a hometown favorite, he looks to continue his pro journey and seal the deal for a title shot with a win over Sterling.

Sterling, the Longo-Weidman MMA Sterling is 2-0 with 1 draw and is the brother of UFC standout Aljamain “Funk Master” Sterling.

“He is a good wrestler and athlete,” Fitzpatrick said of Sterling. “This will be my toughest fight so far but I feel I match up well. This should be an exciting fight with a lot of ground exchanges. I’ve learned a lot over the years and I want to keep building this momentum not only I have but the team has.”

Tickets are available at www.pacagefight.com. 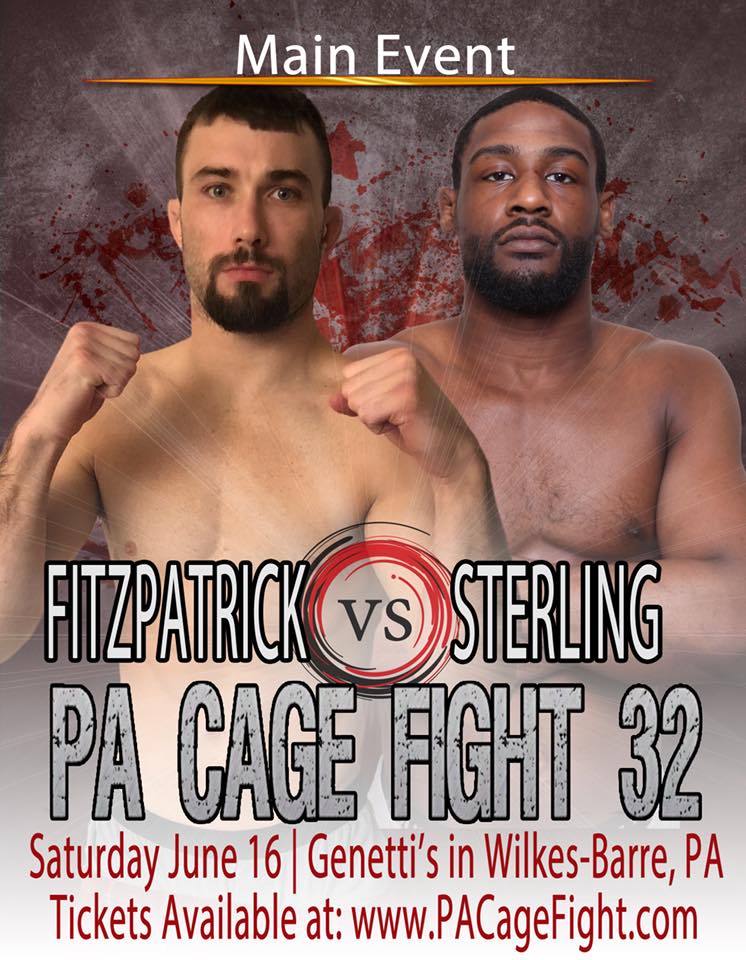