2018 was quite the year for Joe ‘BodyBagz’ Pyfer. The Balance Studios prospect made the transition from amateur to professional mixed martial arts competition, racking up three wins since May.

The undefeated fighter from Philadelphia now faces his most experienced opponent to date as it was announced tonight during Art of War 9 that Pyfer will be paired against Eric Roncoroni (5-5) on February 15, 2019.

Roncoroni, a pro since 2012, looks to get back on the winning track after suffering three straight defeats.  The former Ring of Combat middleweight champion will have his handfuls as ‘BodyBagz’ has been producing highlight reel knockouts and looks to be the biggest name to come out of fight promoter Mike Bickings’ Art of War promotion.  Bickings told MyMMANews earlier today that the Pyfer-Roncoroni fight will headline AOW 10.

Not one to shy away from a fight, Roncoroni tells MyMMANews, “There’s a MEGA (MakeEricGreatAgain) fight on the horizon. Somebody call Joe’s tailor and have them size him up. Need to make sure he fits properly in his own body bag. If for any reason he’s not looking his best I have these elbows on sale. All you can eat with a standing reservation.”

Pyfer is coming off a first round submission over Lorenzo Hunt at Art of War 8.  In August, ‘BodyBagz’ went the distance for the first time as a pro as he earned a hard fought unanimous decision victory over DJ Wilson at CES 52.

The  Art of War 10 “St. Valentine’s Day Massacre” fight card will take place in Pyfer’s backyard at the 2300 Arena in his hometown of Philadelphia. 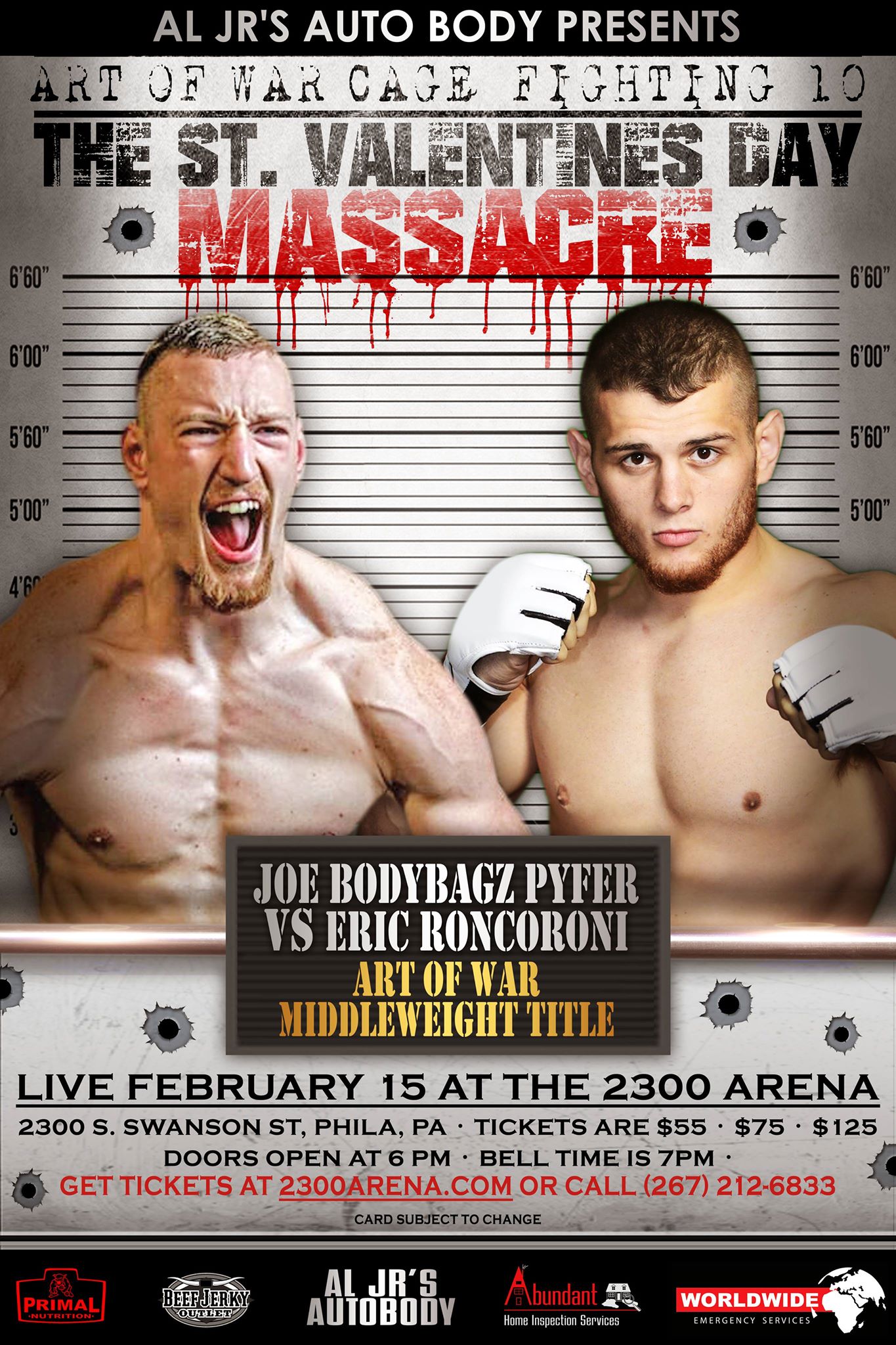