‘The Baddest Man on the Planet,’ former Bellator featherweight and bantamweight champion, Joe Warren has tested positive for marijuana following his Bellator 133 win over L.C. Davis. 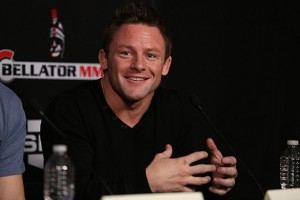 Bellator officials have yet to confirm or deny the result.

Warren (12-4) faces a 90-day suspension after a post-fight test showed he barely missed the allowable cutoff for marijuana metabolites in his system, coming in at 53 ng/ml, or 3 ng/ml over the limit allowed by the Texas Combative Sports Program, which oversaw his fight on September 25 in Hidalgo.

This is the second time a positive marijuana test has impacted Warren’s athletic career. He was suspended by the U.S. Anti-Doping Agency for two years after a second positive test for the drug in 2007. Appealing his punishment, he told arbitrators he used the drug to combat depression and a sleep disorder.