On October 24th, Fight League Atlantic hosted their first grappling event of 2020, FLA: Submission Kumite 1. The event featured sixteen top grapplers from Canada’s Atlantic region, all putting on star-studded performances for a televised audience. One competitor who stole the show that night was tournament finalist, Joel Jacquard. Jacquard is one of the most accomplished on the East Coast, with multiple tournament accolades and a Fight League Atlantic grappling event veteran. Although coming out short in the finals, being a part of the tournament had a profound impact on Jacquard, which filled a major void that was absent in his life during the majority of the 2020 year.

Here are Jacquard’s thoughts and reflection of 2020 and his experience at the Submission Kumite in this exclusive interview with MYMMANEWS.

Before the Submission Kumite event, you participated in an interview conducted by Fight League Atlantic alongside fellow opponents of the event. There seems to be competitive yet disrespectful conduct exhibited by athletes in today’s BJJ landscape. In the FLA interview, all parties showcased excellent professionalism. How does one such as yourself maintain such class and respect toward your opponents going into a competitive situation?

Joel Jacquard: With so much competition experience, I understand that it’s not easy to sign up for a competition and follow through with it and compete. A lot of people don’t compete and that’s ok. But, for the ones who do, I understand what they go through physically and mentally, and I got to respect that. If they didn’t, I wouldn’t have anyone to compete against, which would not be fun. So, I respect everyone who steps into a competition and competes.

I can imagine that, especially since the Nova Scotia grappling community is so small. How did you all build such an amazing community off the merits of respect while still being competitive?

Joel Jacquard: I think what really helped Atlantic Canada’s grappling scene take off was when Submission Series Pro started up. It brought big names to our area to compete, and that brought eyes onto events featuring a lot of our athletes. It was also covered by different media outlets, so it probably caught people’s attention that otherwise may never have checked BJJ out. I feel like, after Submission Series, the scene blew up around here.

And because it is small, you usually know everyone or a couple of people from each gym because it’s usually the same big group of people at all the events. Most gyms are open to visitors. I know I’ve trained at almost every gym in Nova Scotia. I know we have many drop-ins from other gyms at Halifax BJJ, and we welcome that. Then we go to a tournament, see all the familiar faces. So, you may have to compete against a friend or someone from another gym you train with once in a while. So, the respect is always there. 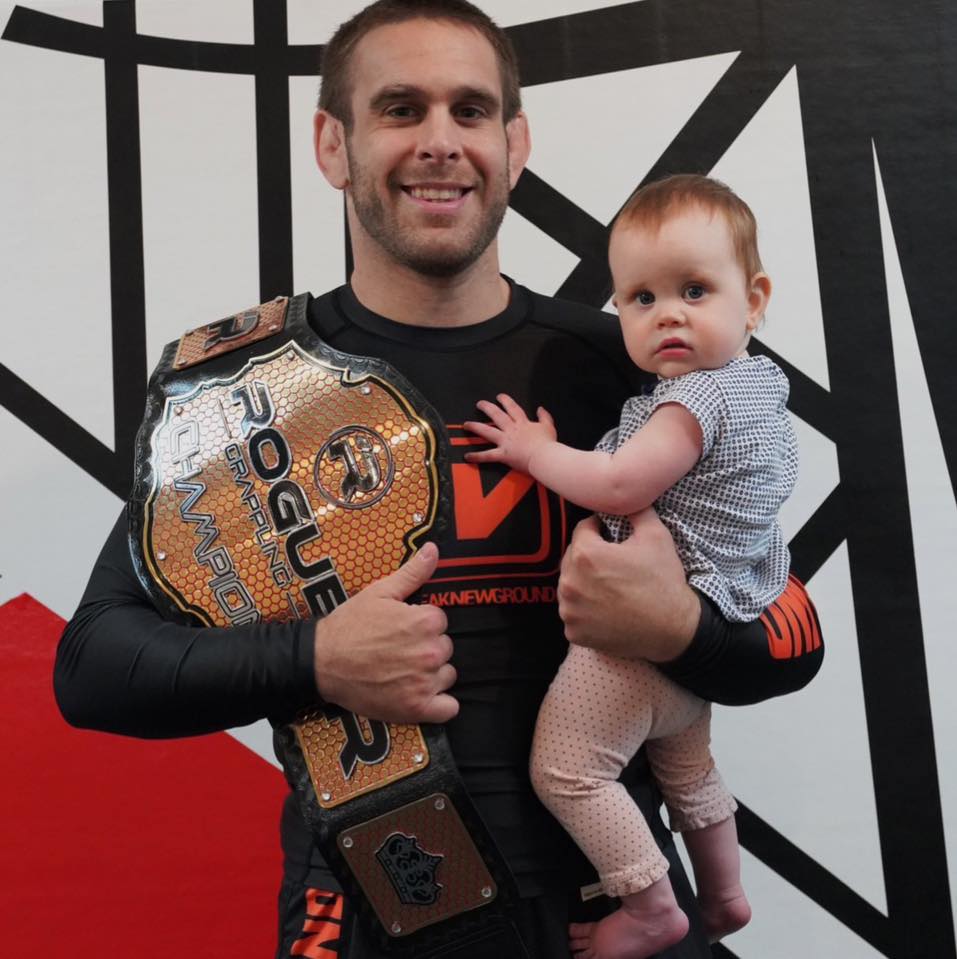 This is very important. After all, we compete because we love it, not because we hate the person standing across us. Would you say another contributing factor for the eagerness to compete is because of the global health restrictions preventing you from doing what you love?

Joel Jacquard: Before the pandemic happened, I was planning my year. I was committed to IBJJF NYC Spring Open, Boston Spring Open, Master Worlds, and No-Gi Pan Ams. Then the world fell apart, and I was very sad that those tournaments were not going to happen. By summertime, I was over it, enjoying the off time from competing cause I been competing pretty steady since 2012, which was a forced break. Otherwise, I never would have done it. Then in July, our gym was allowed to reopen with ten-person bubbles. I was very thankful. I was really enjoying training just to train, not thinking about “oh, I got to get ready for this, or push it hard today or not.”

How did the COVID crisis affect your life, and how did you contend with those problems?

Joel Jacquard: When everything first happened, I was actually on parental leave from my other job with my daughter, so I was home a lot anyway at that time. The biggest change was not being able to do BJJ, which was tough because it’s a huge part of my life and keeps me in shape and gets me out of the house and socialize with all my teammates and friends. That was the worst part for me, but during this time, I tried to be thankful for what I did have, especially seeing the situation much worse in other parts of the world. I tried to remain positive, thankful I was home with my daughter, my wife was working from home, so we were always all together, and did zoom chats with the team weekly, I started running a lot just so I wouldn’t gain too much weight, and whenever I’m done running, I always felt good! Not too long after, the gym was reopened to some capacity. I always remained thankful for what I did have during it all instead of focusing on what I couldn’t. 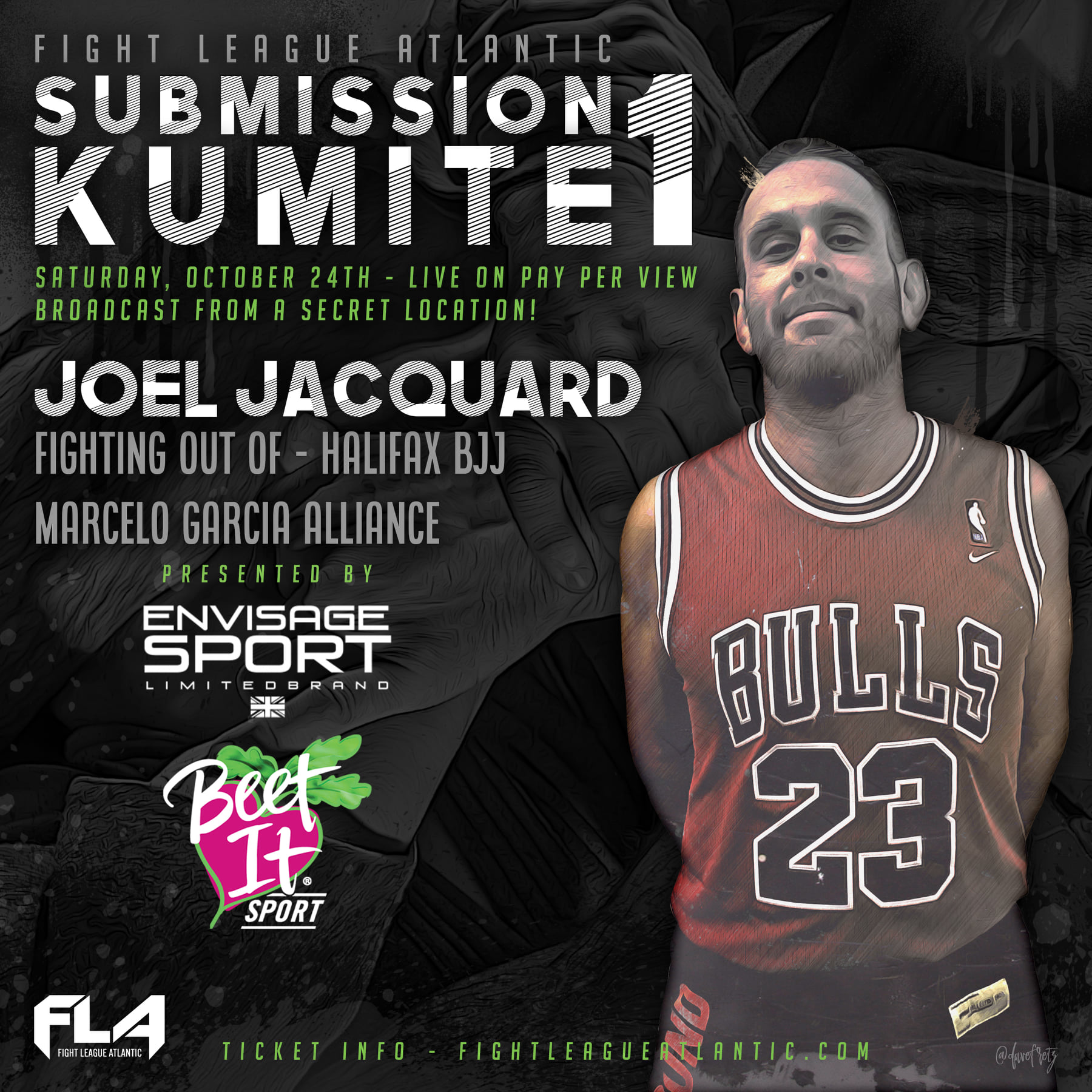 Those hurdles led to some fortune in becoming an FLA: Submission Kumite 1 participant. How did you get invited to such a prestigious event?

Joel Jacquard: I was invited to do the FLA Event in September. At first, I declined, then they started promoting it more, and it got me a little excited. I was asked one more time if I was sure I didn’t want to do it, and I said actually, let’s do it. I started training hard again and had a blast doing so. I got in good shape and felt like my old self again.

Given your set of 2020 troubles, how appreciative was it being inserted into this event?

Joel Jacquard: I was super appreciative to be a part of this event because I know many people would have loved the opportunity. Missing all the tournaments I had planned to compete in, it was nice to get at least one competition before the year ends. There was a time I figured 2020 was a write off for competition. But thankfully, Derek and Jon took a chance, worked their butts off to pull off an event like this safely for everyone. I’m super thankful for their hard work.

Training for any event is an important component in achieving the best results. How did you approach training for the Kumite?

Joel Jacquard: When I first started training for this event, we were still in the ten-person bubble stage at the gym. I was limited to how many days a week I could train. On my off days, I made sure I ran or did strength and conditioning. Then on October fourth, we moved into our new gym, and the government loosened up restrictions to the point it was almost business as usual as far as training sessions went.  So, I was back training BJJ almost every day, sometimes twice a day. I still did weights once or twice a week, depending on how I was feeling. I always try to train my mind as well, felt like there was a bit more of that than usual because of the 11 months since my last competition, but I worked on it, and it was never an issue. As soon as I got in the cage for my first match, everything seemed back to normal. I was back doing what I love and it felt really good. 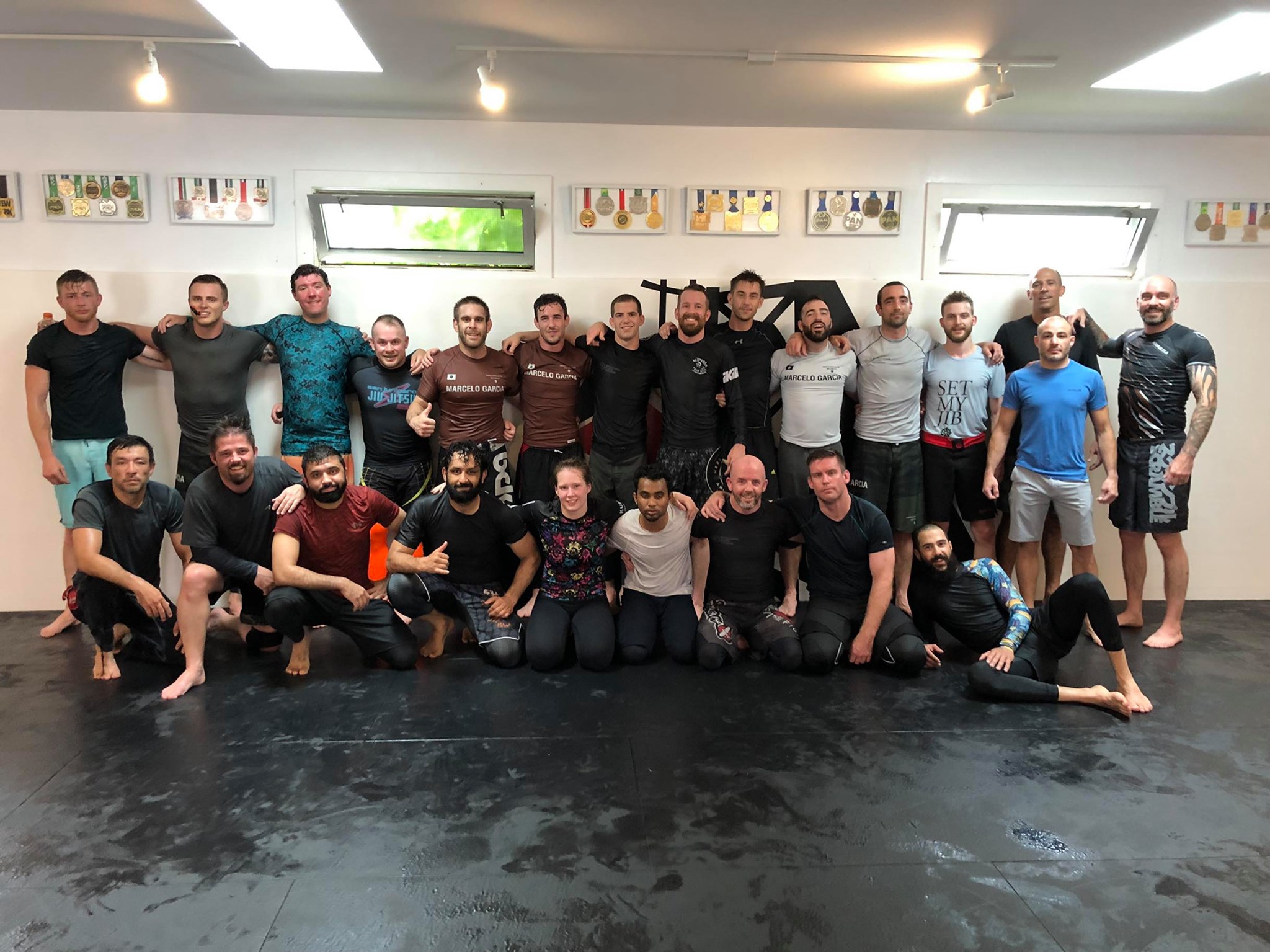 Fight League Atlantic is well respected for their organized events and treatment of athletes. How would you describe your overall experience at the tournament?

Joel Jacquard: The experience was amazing. I knew it would be, I competed for Derek before, and I have known Jon for a really long time. They both have good reputations, so it was exactly what I come to expect from these guys. It was professional, and the athletes were looked after, we felt appreciated, everything was on time and organized. We always had multiple heads up when it was getting close to” go time,” which is important for me. I have a little ritual I go through before every match. The atmosphere out back with all the competitors was awesome. When we all first arrived, there were like 3-4 separate groups of competitors watching the UFC together. It was awesome to see some of the guys who were about to face each other enjoying the fights on TV together. After each match, other competitors congratulated the winner, told the other they did a great job, and pick them back up after a tough loss. It was nice to see, and made me feel really happy about the BJJ community here. It’s been a while since we got to experience it, so you almost forgot what it was like to be at an event like this.

You put on an amazing performance, advancing to the finals. Regrettably, you would fall short of becoming the tournament winner losing to the champion, Drake Farrell. What does losing do for you as a competitor?

Joel Jacquard: Losing makes me work harder. I’ve lost many times in my 13.5 years of competition in BJJ. I know it’s part of the process and apart of getting better. BJJ is such a tough sport to always win. The more you put yourself out, the more chance you take to catch a loss. That’s the beauty of this sport, anyone can beat anyone on any given night, so I was super happy to even make it to the finals. But I made lots of mistakes in probably every match I’ve had. When the video is available, I will study and learn from my wins and my loss and get better. At first, right at the moment of a loss, I was disappointed. But once it sunk in, I was like,” ok, it’s over; you lost, get over it”. I was happy for Drake. He’s a great kid that’s been around for a long time, and it was a huge win for him. It couldn’t have happened to a better person. People said it was exciting, and that makes me happy. I’m lucky people enjoy watching me doing something I love so much.

2020 has been a tough year for everyone. Going into the new year, what are you looking forward to?

Joel Jacquard: I hope the world can get back to somewhat normal so I can travel and compete internationally a lot more and continue with my goals in my competition life. I’m really excited for my team and to see it grow and work at making it better. I want to become a better coach and start to get some of our young guys some opportunities to break out on the local scene. Most importantly, enjoy time with my growing family: My wife, my daughter, my dog, and our new baby coming in Spring 2021!

If you want to watch the replay of the event click here.