Bellator officials have confirmed to MyMMANews.com that Jordan Newman will return to the promotion when he meets organizational newcomer Riley Miller at Bellator 229 fight card in Temecula, California.

Newman, a wrestling standout and prospect of Roufusport MMA Academy, made his Bellator MMA debut at Bellator 218 earlier this year.  The fight, also his professional mixed martial arts debut, was scored unanimously in his favor as he outworked Joseph Holmes in preliminary action.

Now at 1-0, the Askren Wrestling Academy coach will have his chance to welcome Miller to both the pro side of the sport and to the Bellator organization.

Miller comes to promotion after two quick submission finishes as an amateur.  “Pale Panda” out of Redlands, California ended both fights this year in under a minute and a half.  While Miller did compete at light heavyweight for both those contests, his fight against Newman will be contested at middleweight.

The October 4, Bellator 229 is headlined by a welterweight contest between former title holder Andrey Koreshkov and former contender Lorenz Larkin and will be held at the Pechanga Resort and Casino.  Koreshkov and Larkin were originally scheduled to fight in March of this year but the fight was canceled due to an injury by “The Monsoon.” 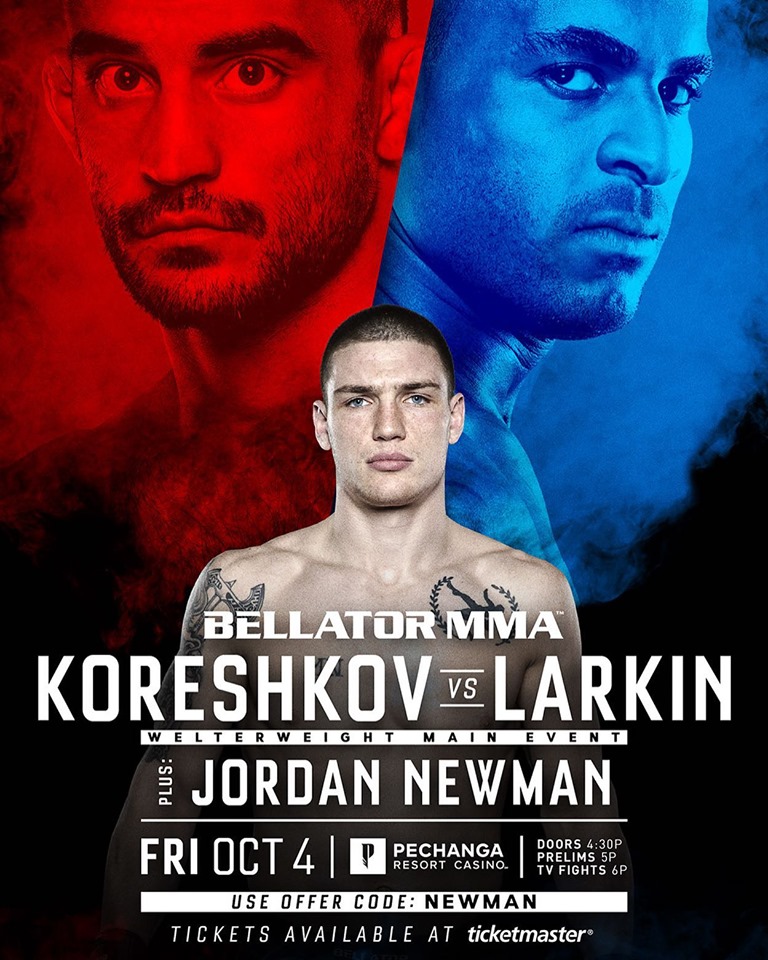