U.S. Marine Corps veteran Linda Mihalec looks to keep her perfect professional mixed martial arts record in tact next week when she takes part in the Invicta FC 39 fight card, which will be broadcast live on UFC Fight Pass.

The 37-year old Kentucky native dubbed “F109” puts her 2-0 record on the line against a “very tough” Jillian DeCoursey when they step inside the Invicta FC cage in Kansas City, Kansas.

Mihalec served four years in the Corps, working as an aviation ordnance specialist in Yuma, Arizona.  The mental toughness instilled in her during recruit training and throughout her enlisted tenure, followed her to the cage.

“I’ve very good at adapting.  I’ve had some tough opponents,” Mihalec said.  “I’ll always grind as hard as I can.  Even if the fight is not going how I would like it to go, I will listen to my corner, regroup, adapt, and get the win.  If someone is going to beat me, they are going to have to outwork me.”

As an amateur MMA fighter, Mihalec competed seven times.  Her lone loss came in her very first fight and was due to a disqualification from an illegal strike.  Without the blemish, Mihalec might have a perfect record as both an amateur and professional.

She enters the DeCoursey fight, coming off a war again Marisa Messer-Belenchia at Invicta FC 37 in October 2019.

Although she earned the win over Messer-Belenchia, Mihalec recognized a few tools that she needed to sharpen.

“I need to continue my cage work, not getting pinned up against the cage.  That fight highlighted that I need to work on that,” she said.

Mihalec is putting that work and preparation in at AFS Academy/10th Planet Richmond in Richmond, Kentucky.

The skills she is adding to her arsenal are likely going to be essential if she wants to get past DeCoursey on February 7.

“It’s not going to bean easy win,” she continued.  “She has a very similar fighting style to what I have.  She’s a tough, grinding fighter.  She’s probably going to try and take it to the ground, but she won’t be afraid to stand and trade with me either.  I’m not really sure where the fight is gonna go.  I can tell you how I would want it to go, but I don’t think she is just going to let me walk through her.”

With a win over DeCoursey, Mihalec would inch closer towards a shot at the Invicta FC atomweight title.

“105-pounds is where I am looking to stay,” she said.  “Invicta has been great to me.  The fight I had, they were professional, everything was great.  I’m looking to stay with them.”

Mihalec said that plans to move to 115-pounds are not in her future.

“My bone structure just wouldn’t support it,” she said. “I would be smaller than the girls cutting to get to 115-pounds.  I would be at a significant disadvantage.  I’m not rushing to get to the UFC and move up a weight class.  There are a lot of really competitive 105-pounders in Invicta, so that’s where I am staying for now.”

Invicta FC 39 fight card can be found below: 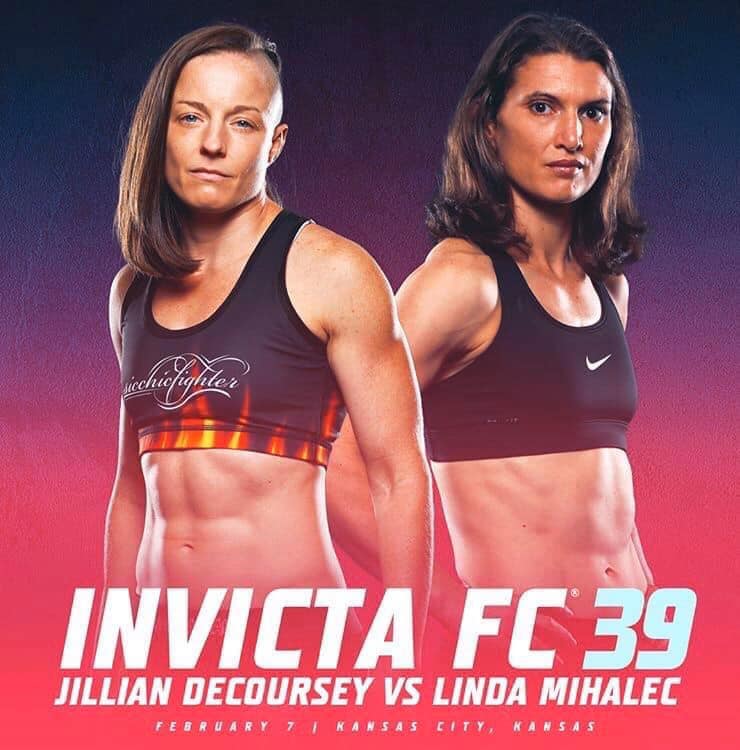