“M-1 Global is a great Russian promotion and I really enjoyed the time when I fought there. Each fight for me was another step in my career. We did not choose opponents, had rated fights, and took part in the Grand-Prix.” 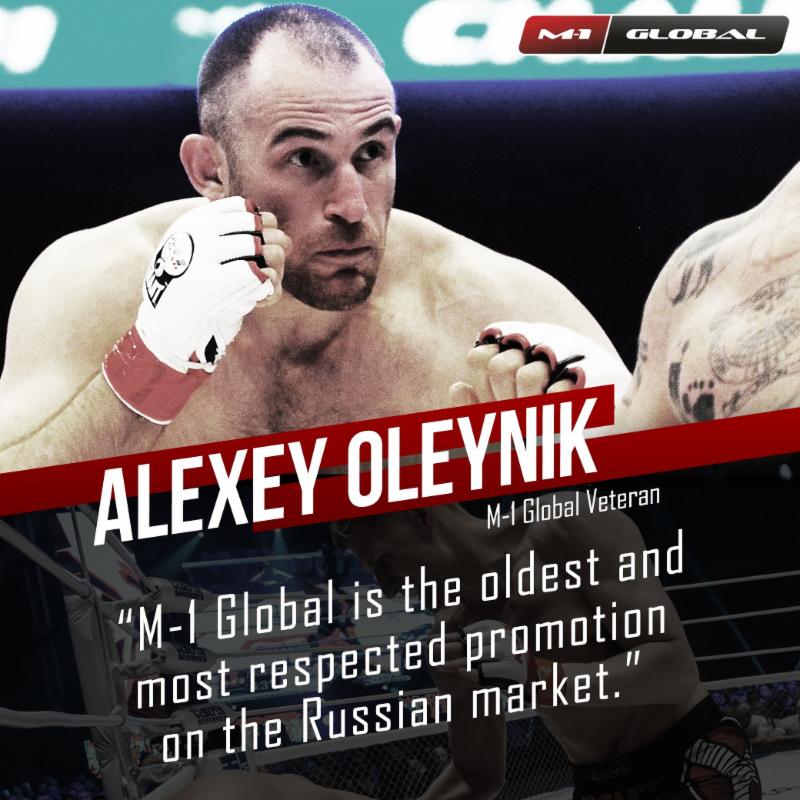 “One of the best moments that I had in M-1 Global was the victory for our team at M-1 Selection. At that time there were team competitions in M-1 Global and I miss that format. Another great moment was when I won the M-1 Challenge heavyweight title. Every important fight is very memorable.”

“My first M-1 Global fights were in M-1 Selection team competitions, which helped me as a young fighter to start my career, find my place in this sport and understand that I belong to MMA. At the time it was a great opportunity for young athletes to demonstrate their skills and show up on local TV stations, so M-1 Global was the first step in my professional career.”

“UFC has a huge impact on development of the Russian MMA market. The partnership between M-1 Global and UFC gives M-1 Global many advantages on the local market and makes it much more attractive for Russian fighters. All mixed martial artists have a dream to fight in the UFC and now the way is clear. As we’ve seen many times, top fighters and champions from M-1 Global compete on the highest level in the UFC.” 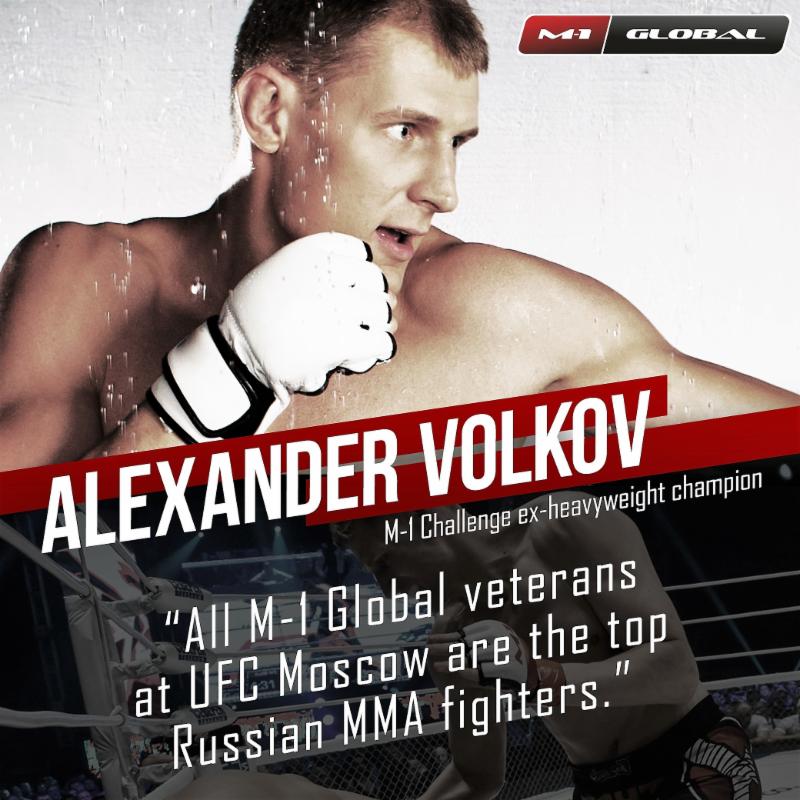 “I feel some responsibility for this fight because I’m fighting at home. Many friends and fans will come to root for me and I don’t want to let them down. I want to put on a great show, win the fight, and make everyone who’s supporting me happy.

“Since I’m fighting at home, I don’t have to fly somewhere and acclimate. In my previous fights I had to fly across the ocean to compete. Now, it’s their turn, and everything will be by my rules.” 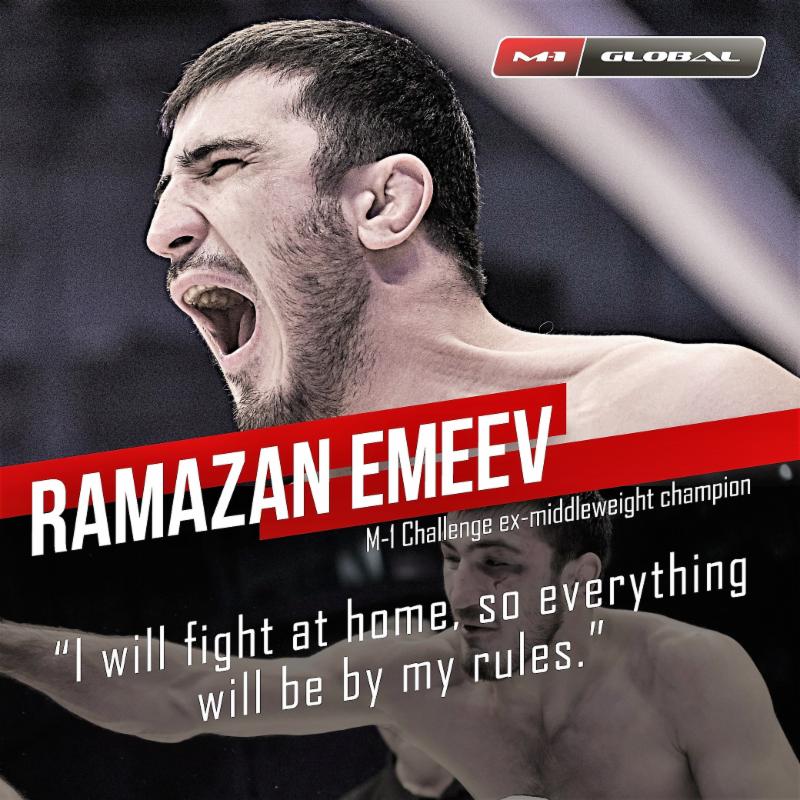 “There’s a great responsibility fighting at home when the crowd is waiting for you. It doesn’t matter whether it’s M-1 Global or UFC. Crowds are the same. Many friends and fans will be worried, and they’ll come to root for me, so I owe this victory to them. I must win. That’s why I trained three times as hard for this fight. Now, I’m anticipating an opponent. Everything will be fine.” 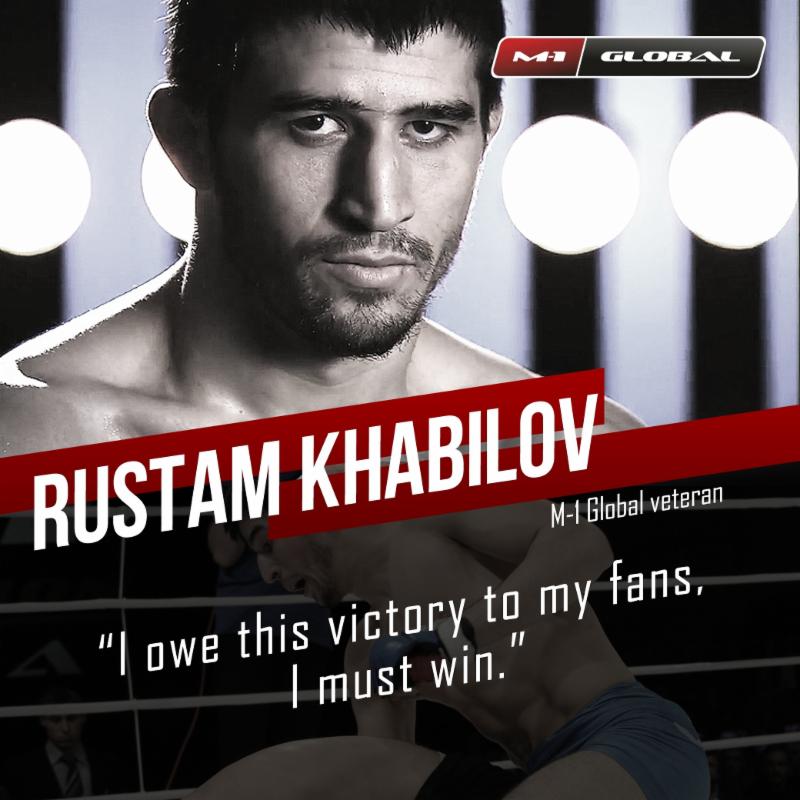 Abdulmanap Nurmagomedov, one of best MMA coaches in the world and father of UFC and former M-1 Global fighter Kabib Nurmagomedov

“M-1 Global is the history of Russian MMA and it’s not a coincidence that many fighters who started their careers in M-1 Global are very successful in the MMA world. M-1 Global was a foundation for mixed martial arts in Russia, faced some challenges, learned from their mistakes and kept moving forward. Most Russian fighters who are now signed with the UFC came exactly from M-1 Global.”