Maverick MMA officials held weigh-ins today for Maverick 21 at the Wolf’s Den boxing gym in Stroudsburg, Pennsylvania ahead of Saturday’s fight card, live from the nearby historic Sherman Theater.

In the night’s main event, “The Great” Dennis Buzukja (8-2) looks to make it five in a row as he battles Boimah Karmo (9-5) in a featherweight clash that could inject either contender into the UFC circuit.  The promotion’s featherweight title is on the line.

Buzukja, fighting out of Longo and Weidman MMA, fought twice on Dana White’s Contender Series, arguably the biggest opportunity a fighter can get before earning a UFC contract. He lost a unanimous decision on the show in 2020 but then battled back to rack up four straight wins including a second bout in front of the UFC boss. Unfortunately, Buzukja did not earn a contract with his Contender Series win, but a win here for Maverick MMA could easily put the New York native back on the UFC’s radar.

Karmo, has not lost a fight since CES 52 in 2018 when he dropped a bout to now current UFC fighter, Pat Sabatini.

Pay-per-view action begins at 6:30 pm ET on November 19.  Catch the fights at spectationsports.com. 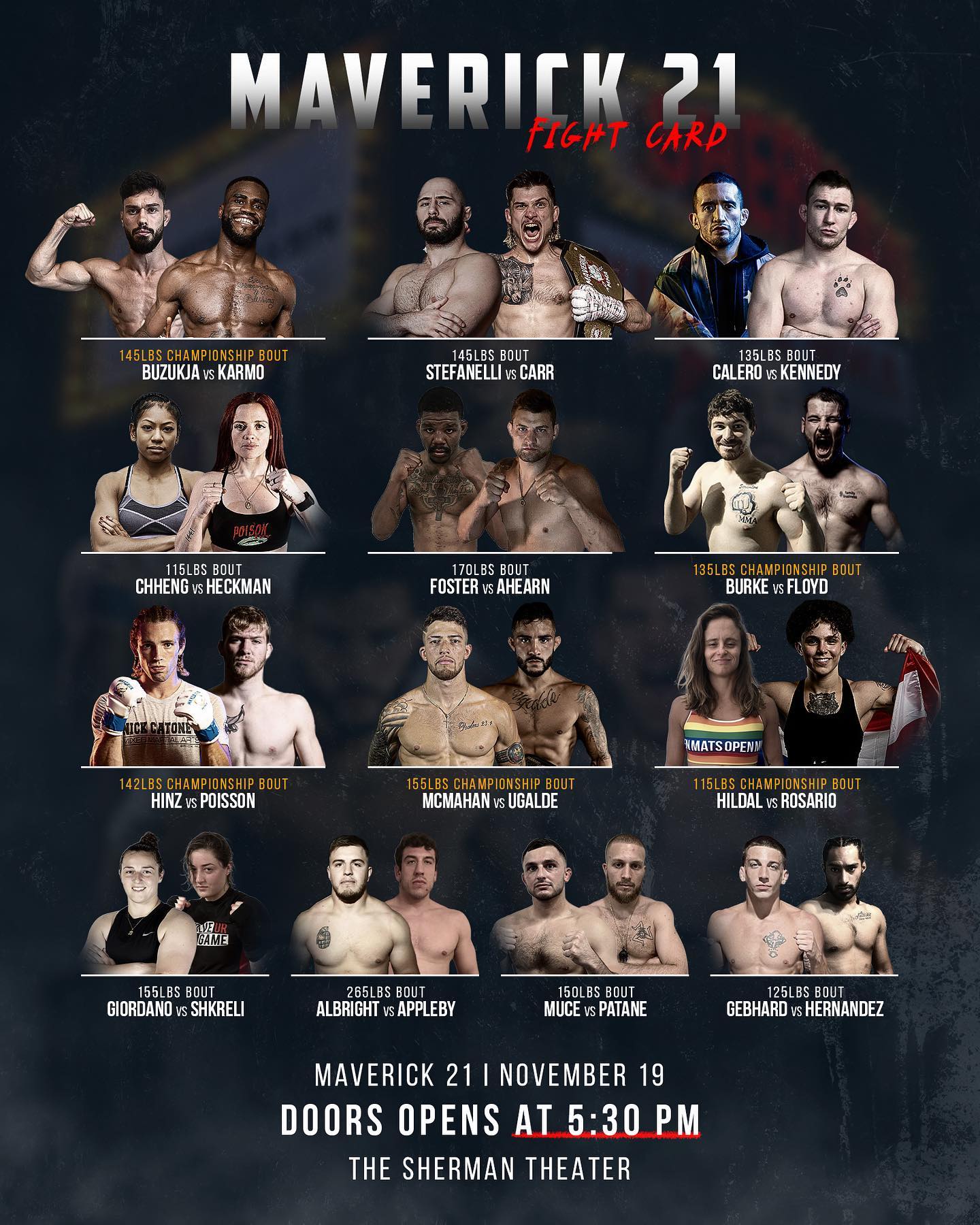