There has been a last minute change to the KSW 45 card this Saturday as according to the promotion, Sweden’s Max Nunes (17-5) decided to no-show the day he was supposed to arrive at the fighter hotel on fight week.

“He didn’t supply his medicals on time and missed every deadline we gave him in the build-up to the event,” said KSW Sports Director Wojsław Rysiewski. “Then the morning he was scheduled to arrive at the fighter hotel, when there was still time to submit everything, he sent a text message saying he wasn’t going to come. This leaving us without a fight just two days away. Wagner Prado flew from Brazil to Poland a week before the fight and has been a consummate professional about the whole thing. Thankfully we found a replacement for him on such short notice in Lukasz Parobiec. Huge respect for both Prado and Parobiec for accepting this fight.”

Lukasz Parobiec (13-7-1), a London based Polish fighter, is an eleven year veteran of the sport with a 92% finishing ratio. In his last fight, despite being perceived as a huge underdog, he pushed Chi Lewis Parry all the way to a draw, though many journalists believe the Pole should’ve been awarded the victory.

Prado had signed a multi-fight contract with KSW earlier this year and made his debut with an impressive TKO win over SBG’s Chris Fields at KSW 44 in June. The 30-year-old has garnered a fierce reputation in as a dangerous KO artist having won all but one of his fights via KO/TKO. After going 8-0 as a professional he was snapped up by the UFC in 2012 and competed three times for the promotion including a pair of fights against Phil Davis. Since leaving the UFC he has went 6-1 including his win in his KSW debut.

This fight will be contested at heavyweight.

KSW 45 will feature a heavyweight title fight between the UK’s very own Phil De Fries and former champion Karol Bedorf in the main event. This card will also see the rematch between two of the world’s most promising welterweights in champion Dricus Du Plessis and Roberto Soldic, a heavyweight contest between veterans James McSweeney and Thiago Silva as well as the beginning of a four-man tournament between former champ Michal Materla, Olympic hero Damian Janikowski, UFC vet Scott Askham, and ‘The Giant’ Marcin Wojcik to crown a new KSW middleweight champion.

And who can forget the unpredictable heavyweight collision between the infamous Popek Monster and bodybuilder & social media star Erko Jun.

KSW 45: The Return to Wembley will be live around the world on www.KSWTV.com and tickets are on sale right now from AXS.com. 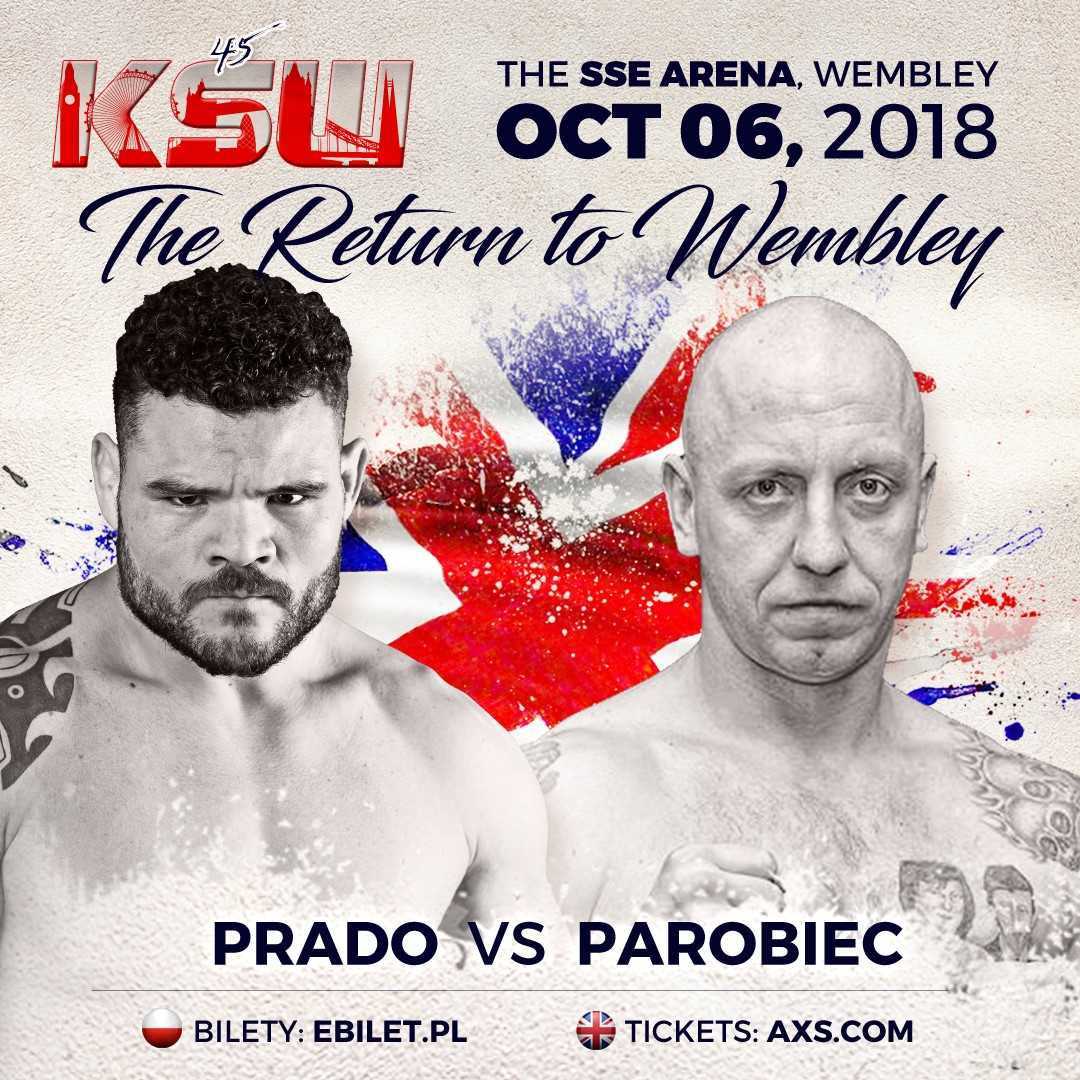